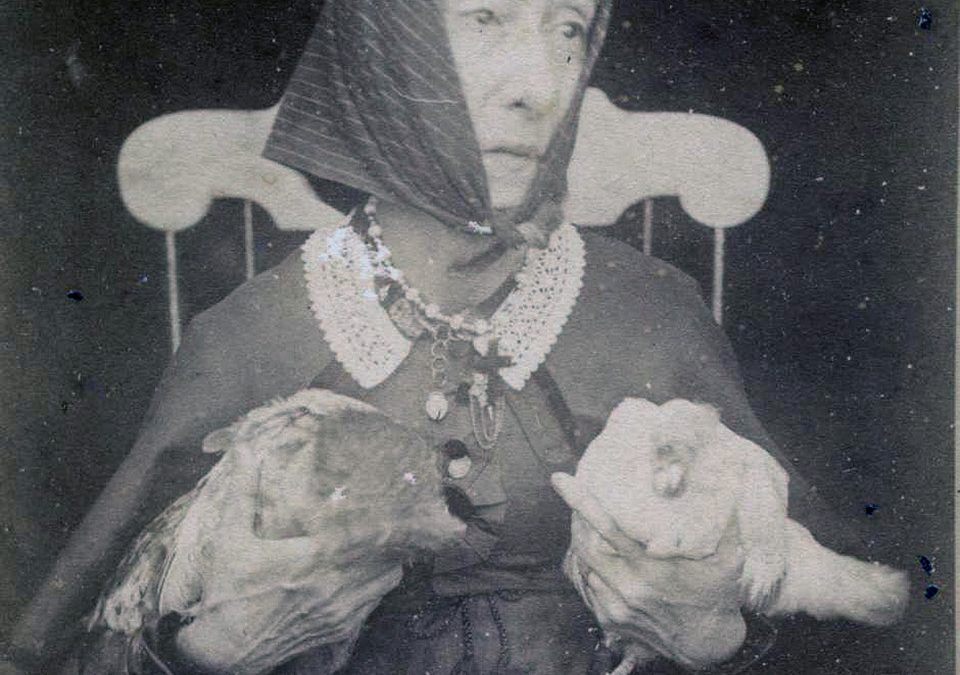 When Animal Keeper Ginger Paschall learned that the Winnick Family Children’s Zoo would be acquiring a flock of chickens, the story of New England folk hero Nancy Luce, the Chicken Lady of Martha’s Vineyard, promptly came to mind. Nancy Luce remains a folk legend in Martha’s Vineyard and among chicken fanciers. Photo courtesy of the Martha's Vineyard Museum Nancy Luce’s favorite chickens were laid to rest with formal headstones in a cemetery next to her house. Photo courtesy of the Martha's Vineyard Museum

Luce was born in 1814 to a family that was unusual for the era in that she was an only child and her parents were older when they had her. By the time she was 19, Nancy’s parents were ailing, and the responsibility of keeping the family farm afloat fell upon her shoulders. She rose to the occasion and supported herself and her parents by travelling to neighboring towns to buy, sell, and barter goods. But at the age of 26, she too became ill, and after her parents both died, she was left with no family and few friends.

Luce took comfort in her chickens, writing stories and poems about them.

Luce took comfort in her chickens, writing stories and poems about them. She even designed a subterranean chicken house that kept them cool in the summer and warm in the winter. When her favorite chickens died, she buried them alongside her house in a chicken cemetery complete with engraved headstones and a picket fence. Nancy and her chickens became a tourist attraction and she took advantage the situation, selling photos of herself in her rocking chair holding her chickens. Yet popularity came at a price; soon bootleg postcards were being sold, and malicious tourists taunted her, vandalized her house, and even assaulted her.

It goes without saying that Nancy Luce’s life was difficult. However, her dedication to her birds meant that she also knew more about caring for them than most, and townspeople frequently sought her advice. In 1871, she published a husbandry manual titled Hens–Their Diseases and Cure. Her story lives on today in the Martha’s Vineyard Museum, and her legacy continues in the Muriel’s Ranch contact yard.

“To honor Nancy and to celebrate her passion for her hens, we named our chickens after six of hers.”

“To honor Nancy and to celebrate her passion for her hens, we named our chickens after six of hers,” Paschall explains. “The names were imaginative to say the least—Levendy Ludandy (Barred Plymouth Rock, nicknamed ‘Lavender’); Speackekey Lepurlyo (Barred Plymouth Rock, nicknamed ‘Pearl’ although he didn’t get the memo that he was supposed to be a she—so is now being called ‘Earl’); Pondy Lily (Buff Orpington); Tweedle Dedel (Buff Orpington); Lebootie Ticktuzy (Rhode Island Red); and Teeddla Toonna (Rhode Island Red).” 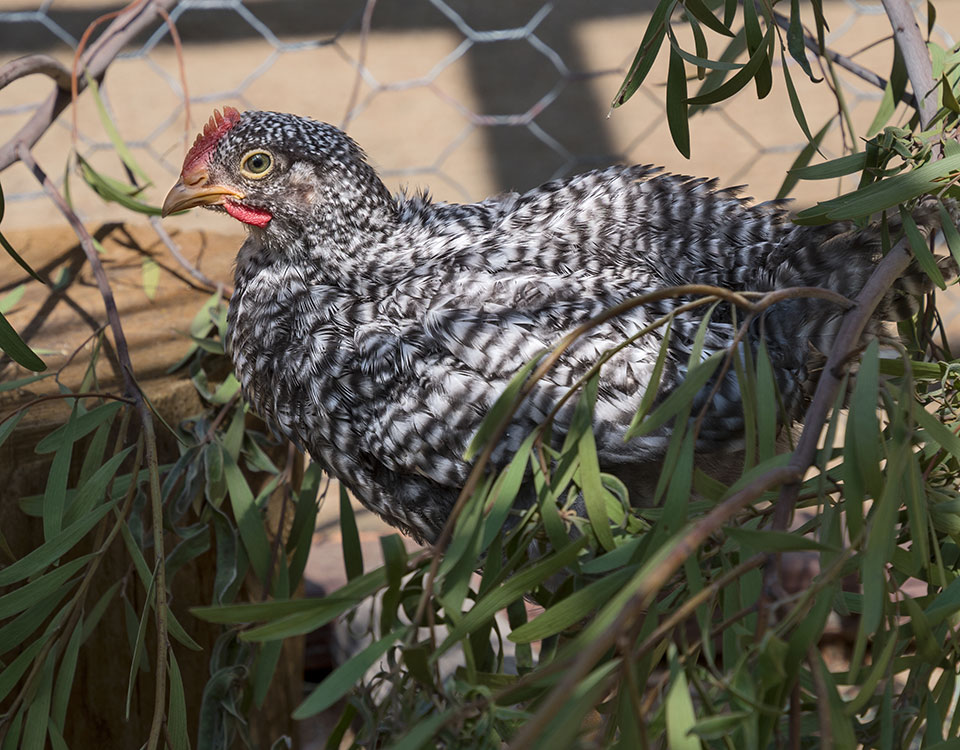 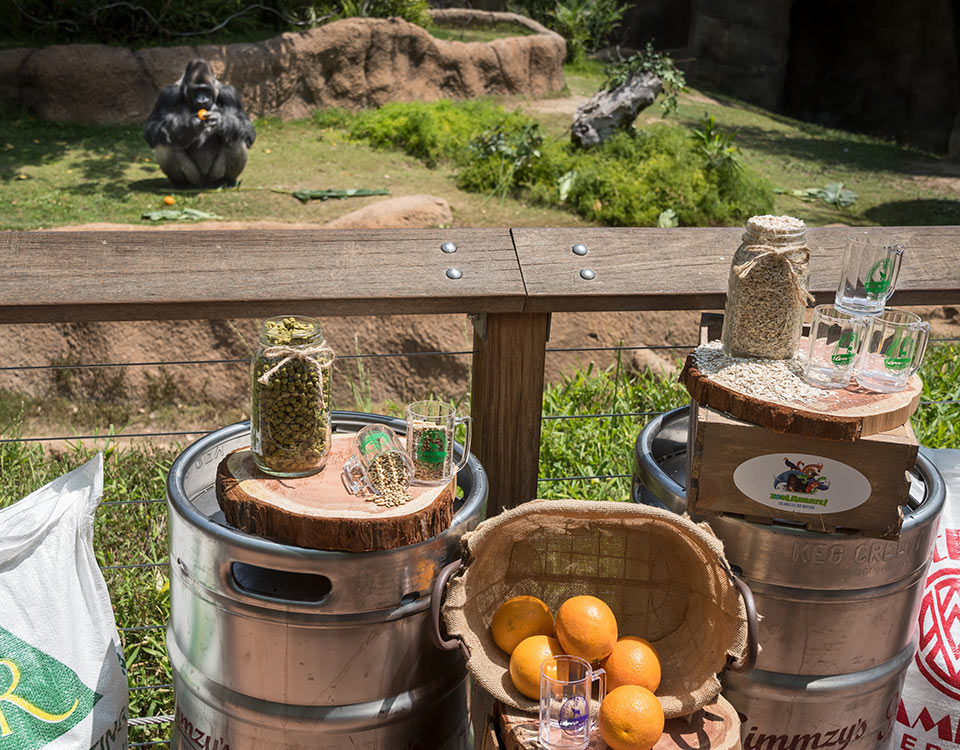 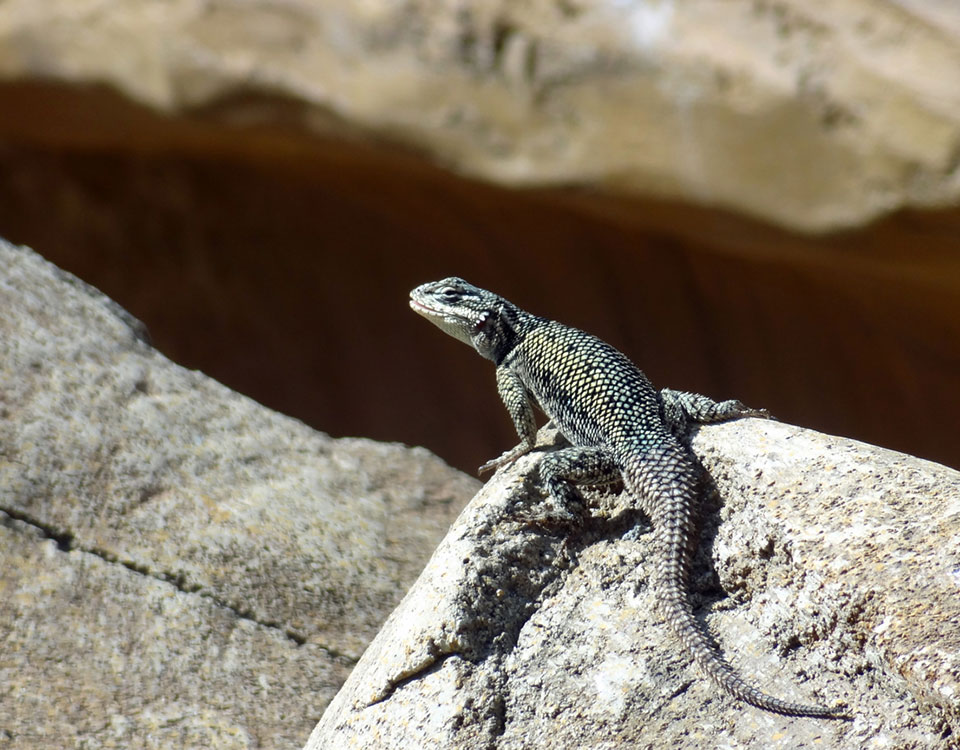