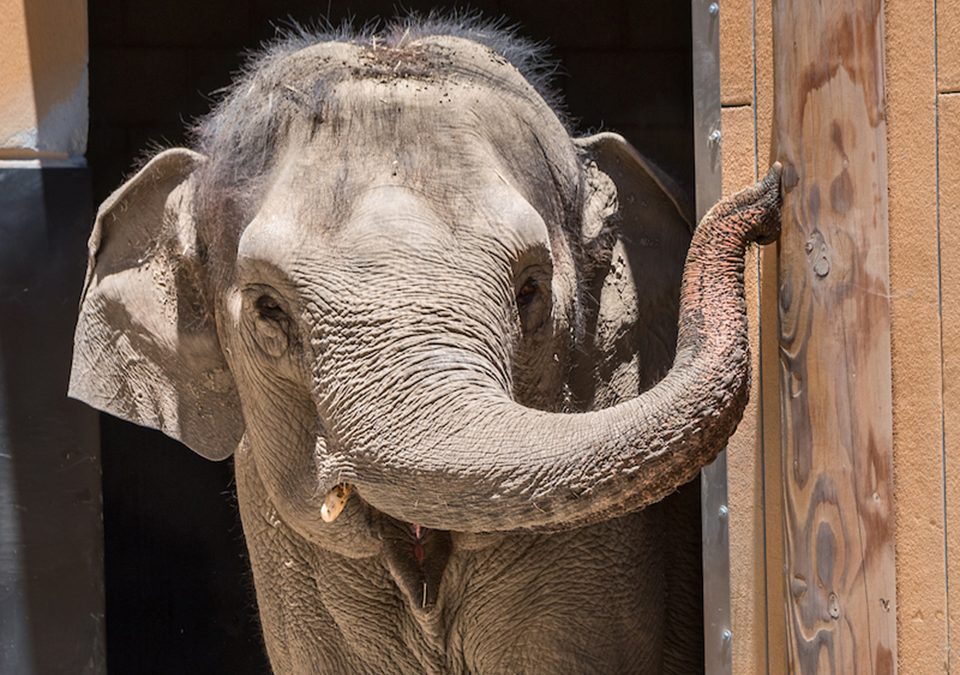 On the morning of June 27, Asian elephant Shaunzi stepped calmly out of her specially designed travel crate into the barn at her new home, the Los Angeles Zoo’s Elephants of Asia exhibit. Accompanied by Fresno Chaffee Zoo’s Lead Asian Elephant Keeper Amber Talley, Asian Elephant Keeper Harold Mountan, Chief Veterinarian Shannon Nodolf, and Curator of Elephants and Ungulates Vernon Presley, Shaunzi had departed her home of 34 years about six hours earlier. By midday, she had already made herself at home in the Thai Pavilion yard at Elephants of Asia, snacking on grasses in the exhibit and enjoying a refreshing water spray provided by keepers.

“We’re happy that she gets to be with an even greater number of elephants in a larger space.”

This seemingly effortless transfer was the result of much careful planning and hard work—gradually training Shaunzi to feel comfortable with the travel crate, preparing Fresno Chaffee Zoo-goers for her departure, and finding the right home for her.

“We have been getting ready for this for a very long period of time,” Presley explains. “For about three years, we knew our Asian elephant program would be ending [so we can focus on African elephants], and we were looking for the right place so that we could move our elephants. And L.A. is a perfect fit for us. So for sure she’ll be missed, but never forgotten. We’re happy that she gets to be with an even greater number of elephants in larger space. So as much as we’re sad to see her go, this is better for her.”

“We are amazed at how well Shaunzi is settling in and how content she seems in her new space.”

Shaunzi was born in Thailand in 1971 and spent much of her youth in the Cristiani Bros. Circus. She arrived at the Fresno Chaffee Zoo in 1983 along with Asian elephant Kara, and the two were constant companions until Kara’s death on June 7, which was the catalyst for Shaunzi’s eventual move. At 46 years of age, Shaunzi is non-reproductive and therefore not a mate for 32-year-old resident bull Billy. She has lived compatibly with other elephants, male and female, all her life, so in addition to offering her state-of-the-art accomodations at Elephants of Asia, the L.A. Zoo is able to provide her with a social network that will afford her plenty of opportunities to interact and bond with all the members of her new herd.

“We are amazed at how well Shaunzi is settling in and how content she seems in her new space,” comments L.A. Zoo Curator of Mammals Josh Sisk. “She has been very responsive to her new animal keepers, and she spends a lot of her day giving herself baths, experimenting with the different enrichment items in the yard like the large tires and boomer balls, and sniffing around the habitat. She can smell the other elephants and is definitely aware they are in the vicinity, as they are with her.”

Before Shaunzi can meet the rest of the herd “in person,” animal care staff will continue to build one-on-one relationships with the inquisitive female so they can anticipate how her personality will fit in with the social dynamic of the group. Shaunzi’s Fresno entourage stayed for three days following the transport to help bridge the gap and teach L.A. Zoo staff her likes, dislikes, previous history, and behavioral cues.

“We’re excited because this is one more step toward building our herd.”

Having completed her quarantine in the Thai Pavilion yard at the end of July, animal care staff have begun introducing Shaunzi to the rest of the 6.5-acre exhibit. Once she is familiar with the terrain, the remainder of the herd will begin seeing her from across the exhibit. They will start to communicate and touch each other through the gates, which will provide animal keepers with insights on how these unique individuals might best share a yard together.

“We want to let things come together through a natural progression,” Sisk observes. “We’re excited because this is one more step toward building our
herd.” 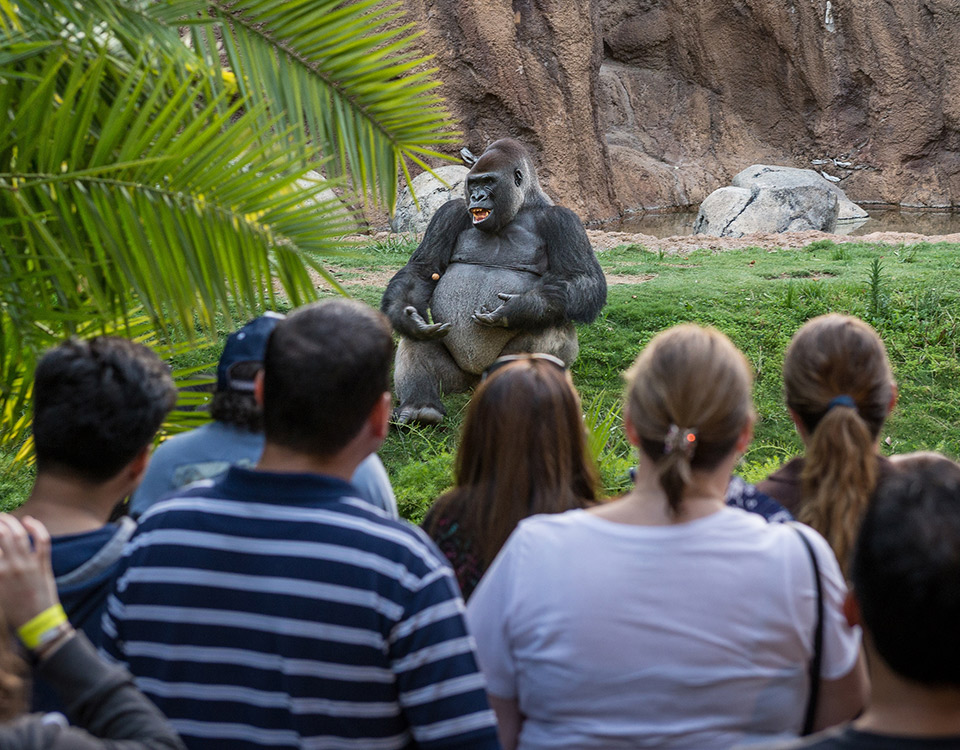 Photo Editor Jamie Pham was in the right place at the right time to capture Kelly’s “TED Talk” gesture. Photo by Jamie Pham