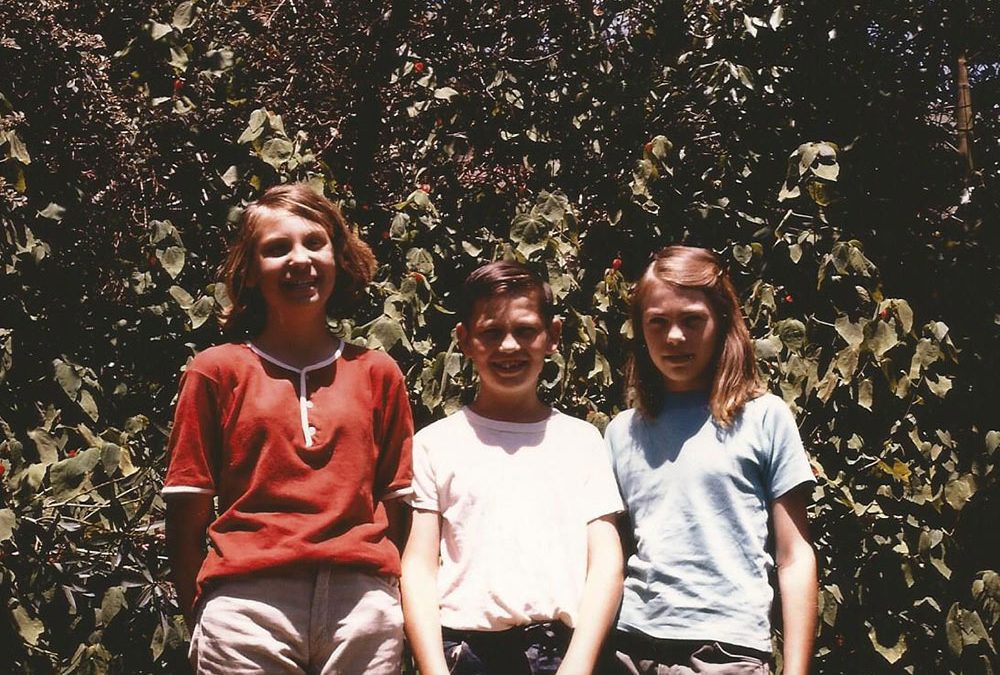 Frances Soussens (left) and siblings were ecstatic to explore the L.A. Zoo on opening day on November 28, 1966. Photo courtesy of the Soussen family Richard and Frances Soussens gets into the Boo at the Zoo spirit. Photo courtesy of the Soussens family Nicole Soussens in 1986, during one of many childhood visits. Photo courtesy of the Soussens family Longtime GLAZA member Frances Soussens remembers the day in November 1966 that the L.A. Zoo first opened its gates at the current location. Anticipating large crowds of excited people, she and her brother arrived early in her brother’s Pontiac GTO. Fifty years later, Frances and her family have made countless more memories at the Zoo.

“The Zoo has been a part of our family for as long as it’s been there.”

Indeed, some of Frances’ daughter Nicole Soussens’ earliest memories were at the Zoo. Back in 1992, when she was only six years old, her parents, Frances and husband Richard, took her to the Zoo often. As a child, Nicole hated shoes. She hated them so much that she once took off her shoes and threw them so far that they almost landed inside the gorilla habitat. She still laughs each time she thinks about it.

When asked about her favorite exhibits, Nicole mentions the orangutan exhibit. She still spends hours there. When she was little, she considered one of the orangutans “hers.” She explains, “Louis knew me. When I came to visit, he would move closer and remove the burlap sack that he loves so I could see his eyes. I would tell people that he was my orangutan and he knows me!”

Frances, however, always finds herself gravitating towards the Australia section. Her late mother was raised on a sheep farm in Australia and had a pet kangaroo. So when this part of the Zoo opened, Frances remembers, “it was really exciting and it was the first place we used to go, to watch the kangaroos.” Also exciting was the 1996 opening of the koala house (now Australia House). “My mother said it would bring back childhood memories from Australia for her,” Frances says. “Because [koalas] were regularly seen in the trees. So it was kind of nostalgic for her.”

The Soussens family also enjoys special events such as Zoorific Picnic, Roaring Nights, and L.A. Zoo Lights. Boo at the L.A. Zoo, in particular, stands out. Last year Frances and Nicole decided to join the festivities in costume as a witch and Rapunzel, respectively. As part of the Halloween crowd, visiting each candy station, the two felt like they had gone back in time and become kids once again.

Due to health problems, Frances’ husband Richard has limited mobility, but he still tries to make it to the Zoo at least once a month with Frances and Nicole. Strolling through the hilly terrain complements his physical therapy, and visiting the animals contributes to the Soussens’ optimistic spirits. Nicole says it best: “The Zoo has been a part of our family for as long as it’s been there.”