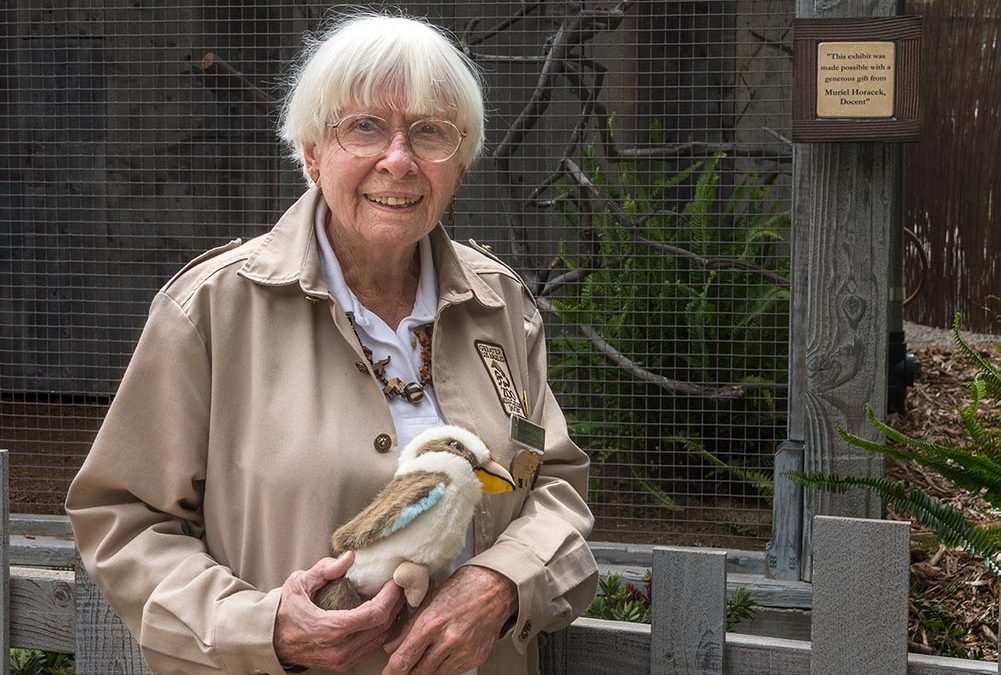 Docent Muriel Horacek is an avid traveler and birder, having spotted more than 3,000 species worldwide. Since 1992, Horacek has participated in 35 Earthwatch conservation expeditions to different parts of the world, including four in Australia, where she assisted with a honey possum project and echidna research with Peggy Rismiller (who spoke about her research at the Zoo in 2005). Among the 200 or so Australian species that she has been fortunate enough to see in their native habitats are the blue-winged kookaburra and laughing kookaburra. The latter is largest of the kingfisher family and is famous for its “laughter,” which inspired the popular Australian children’s song “Kookaburra Sits in the Old Gum Tree,” written by Marion Sinclair in 1934.

“It’s important for young people to see these interesting animals.”

Horacek is particularly fond of kookaburras and used to enjoy watching them in their former exhibit space in the Australia section of the Zoo. She was inspired to underwrite the cost of constructing a new home for them when she learned that the Zoo still housed the species but in an off-exhibit area. “I thought it was a shame that they were not out where people could see them—especially school children,” she comments. “The school groups don’t always make it into the aviaries, and the birds are much easier to see here [in the new habitat]. It’s important for young people to see these interesting animals.”

In addition to her generous support of the kookaburra exhibit, Horacek has been a Safari Society donor since 2001. In 2010, she completed both general volunteer and docent training, and since then has contributed almost 5,000 hours of her time and enthusiasm. 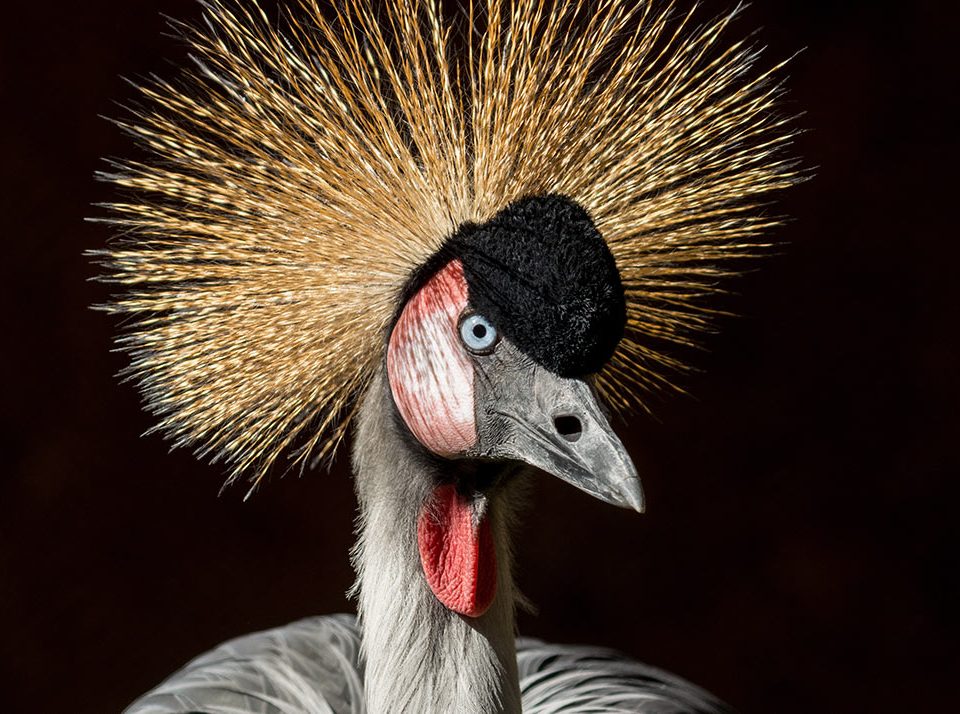 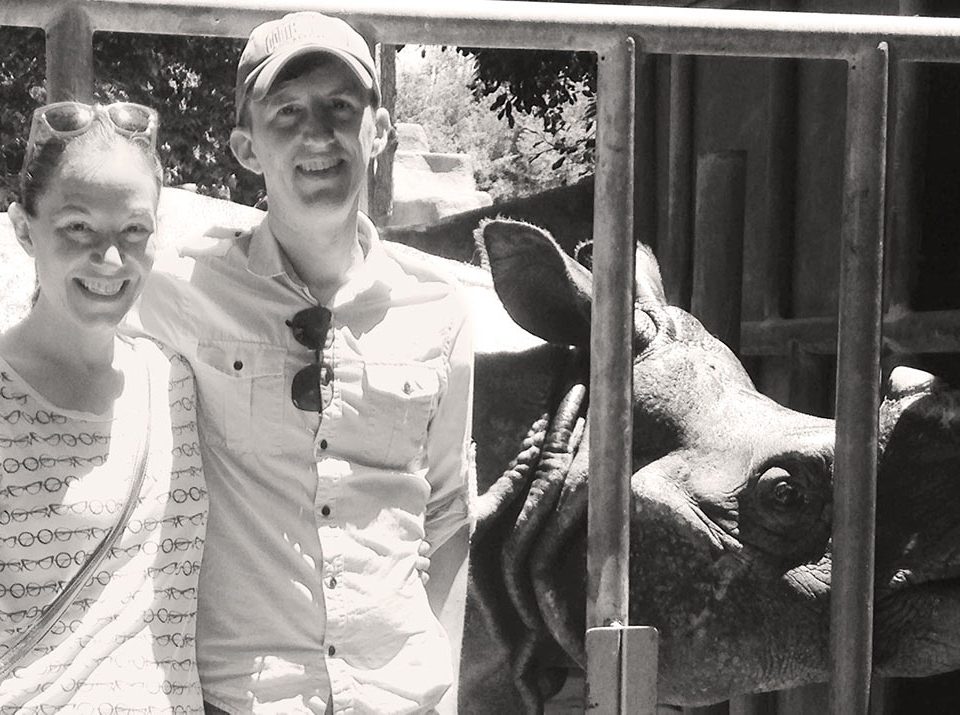 Justin and Autumn experience the rhino encounter back in 2015 (this special experience now features hippos). Photo courtesy of Justin Hilden