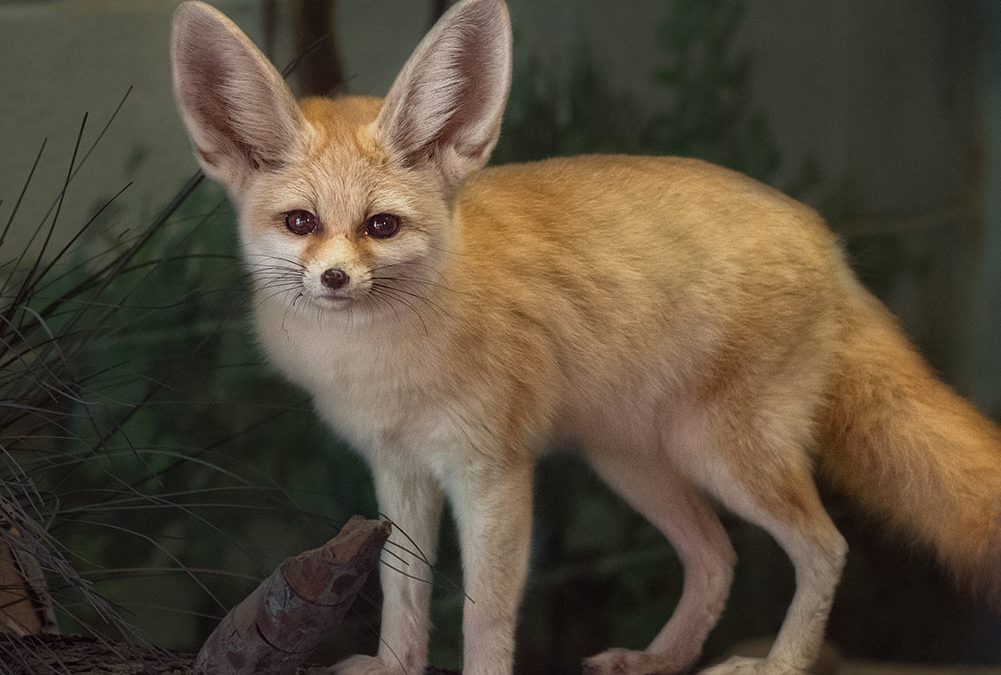 On June 7, a female fennec fox and two female Rüppell’s sand foxes arrived from USFWS. Earlier this year the Zoo received a male fennec from SeaWorld San Antonio and he has joined the animal ambassador team. This female, part of a confiscation, was most likely captured in the wild to be sold in the pet trade. It is legal in some states (but not California) to keep fennecs as pets. They are the only fox species with this designation. Both fennecs share a window exhibit in the Winnick Family Children’s Zoo. The sand foxes share much of the same range as fennecs and these two individuals were likely also destined for the exotic pet market. They remain off-exhibit until they are more comfortable being around people. 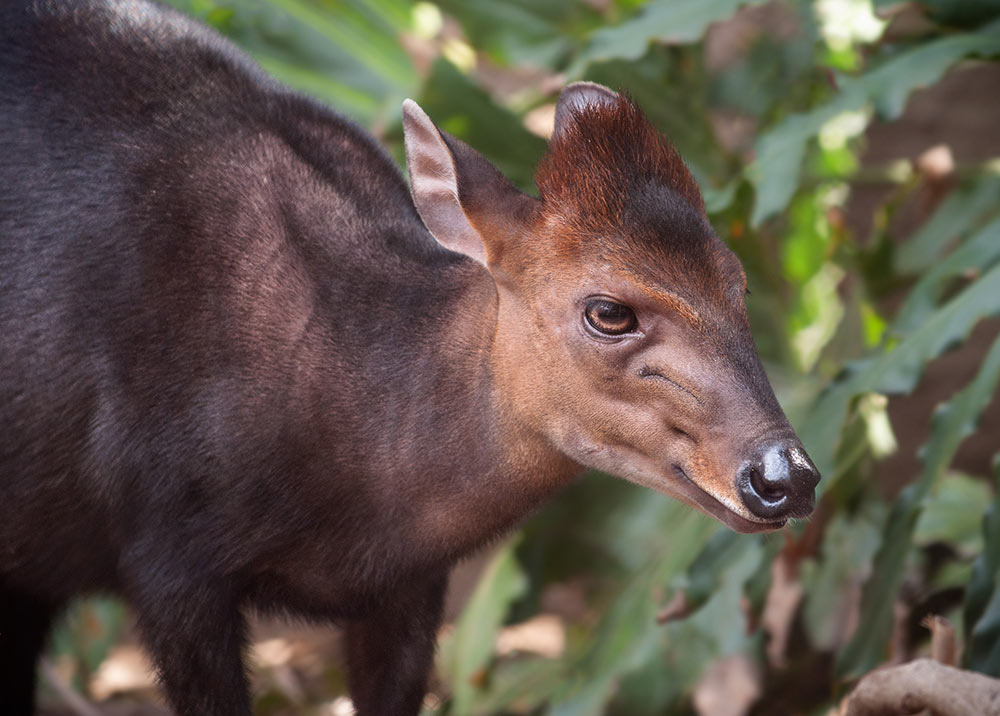 Black duikers browse on fruit, flowers, and leaves in the lowland rainforests of Africa. Photo by Jamie Pham 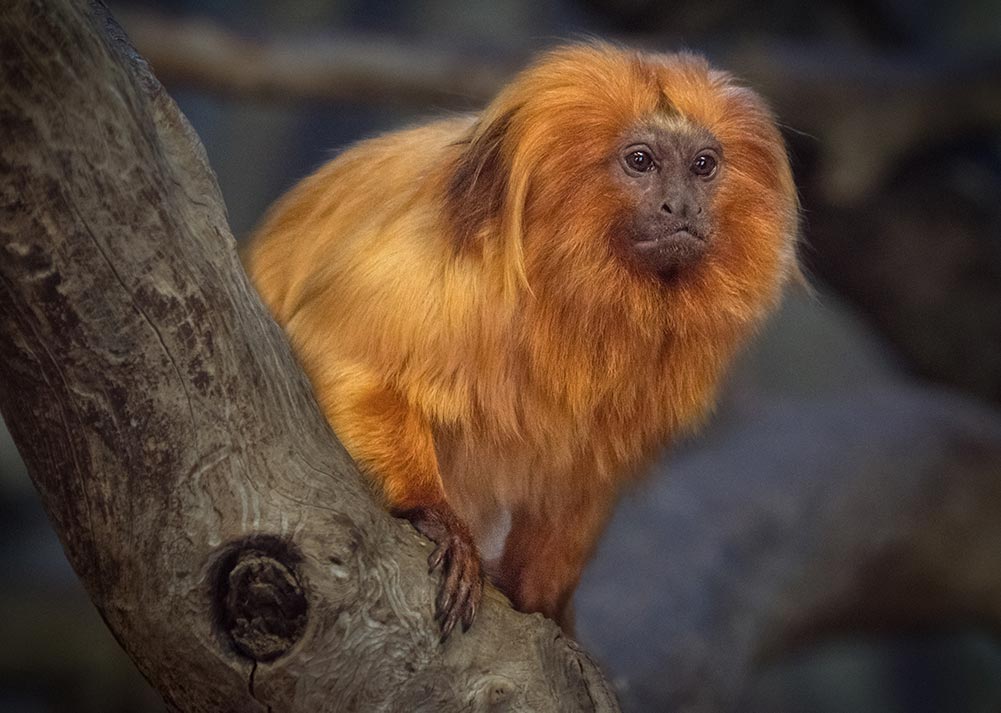 Zoos often exchange animals in order to pair up individuals as recommended by Species Survival Plan or to provide animals with companionship. In June a female wattled crane and a female black duiker returned to L.A. from Yullee, Florida and San Diego Zoo’s Safari Park respectively. A male red-flanked duiker arrived from the Bronx Zoo in New York and one of ours was sent to the San Diego Safari Park. A female golden lion tamarin arrived from the Santa Barbara Zoo and has joined the male in his Winnick Family Children’s Zoo exhibit. 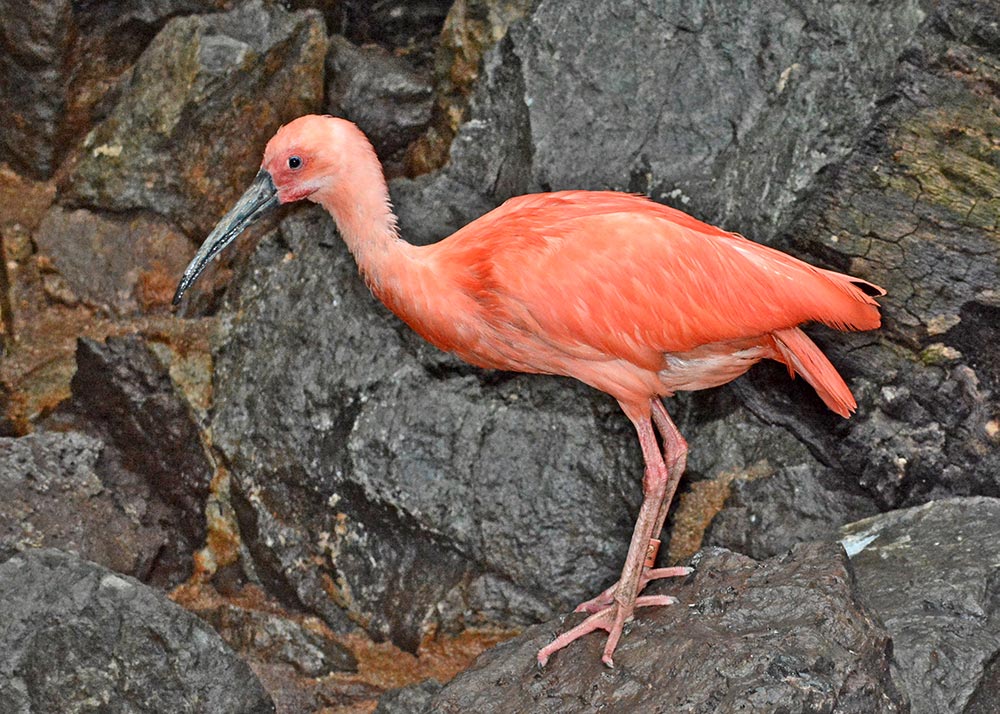 The scarlet ibis is found in tropical South America and the islands of the Caribbean. It is one of the two national birds of Trinidad and Tobago. Photo by Tad Motoyama

Three scarlet ibises recently “landed” here from Busch Gardens Tampa Bay. These birds will join another group of scarlet ibis, the sunbittern, and the black-necked stilts in the mini North American waterfowl aviary across from the greater roadrunners.

The three subspecies of sunbittern are found in tropical regions of the Americas. Photo by Tad Motoyama 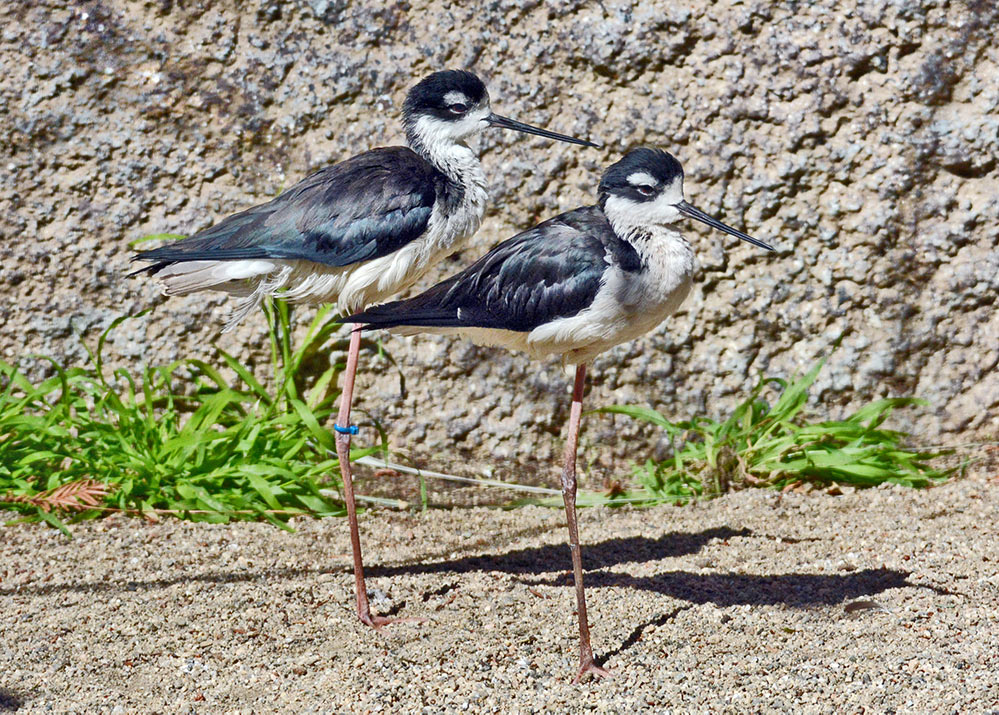 Black-necked stilts occupy a large range—from the wetlands and coastal regions of California through much of the interior western US and along the Gulf of Mexico as far east as Florida, then south through Central America and the Caribbean to Ecuador and the Galápagos Islands. Photo by Tad Motoyama

The Zoo also welcomed a new female harpy eagle, from Metro Zoo Miami. She is only two years old and, for the time being, she and the male will alternate between the exhibit space and the off-exhibit living quarters. 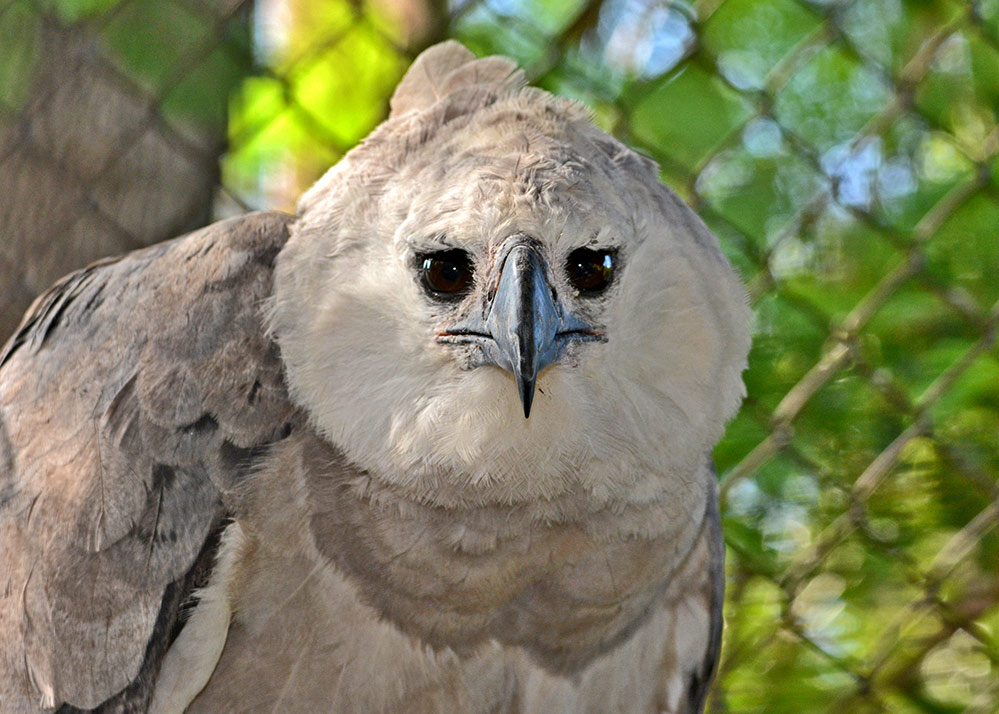 The new female harpy eagle is only two years old. She won’t be sexually mature for another two to three years. Photo by Tad Motoyama

On June 9, two female California condors arrived in need of medical treatment for lead poisoning. Fortunately, the lead levels in their blood were fairly low so they were treated quickly and returned to the wild. 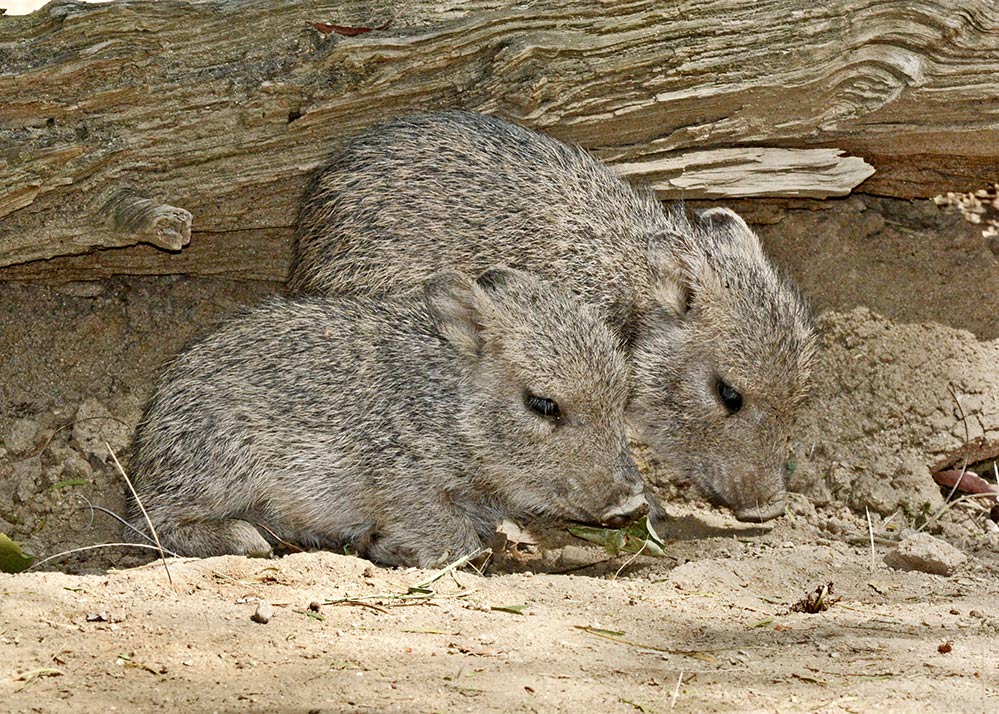 Chacoan peccaries are South American relatives of the collared peccary or javelina found in the North American Southwest. Photo by Tad Motoyama

Recent Zoo births include a male yellow-backed duiker and two Chacoan peccaries. All are with their parents at their respective exhibits, though they sometimes remain in the cooler areas off-exhibit during extremely hot weather. 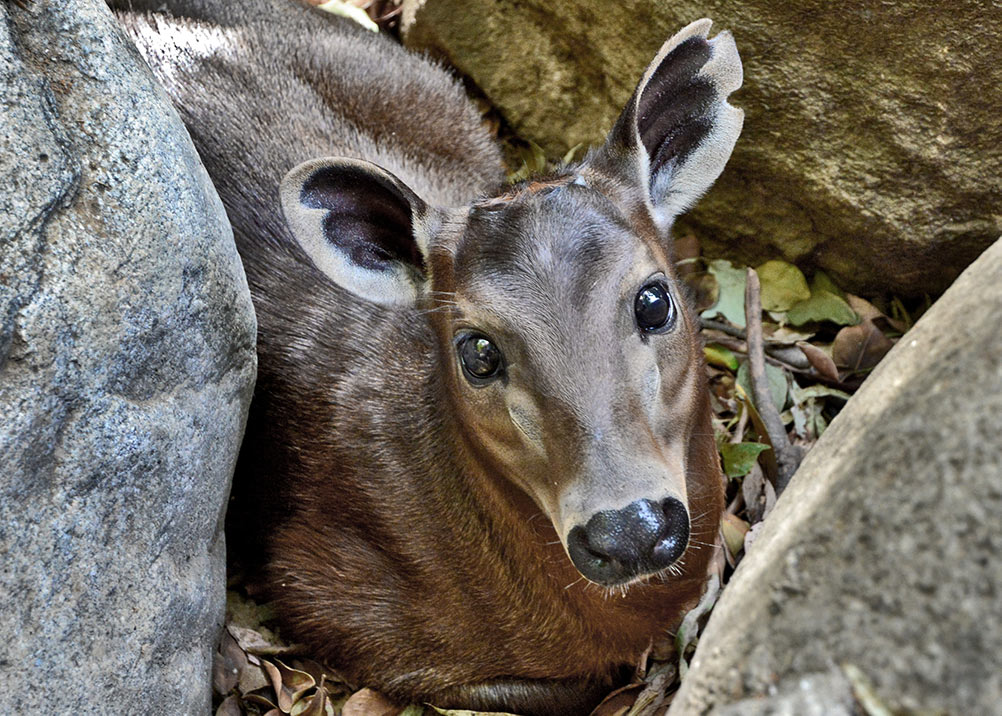 This is the 13th yellow-backed duiker born at the L.A. Zoo—the lighter patch of yellow fur is just visible at the tail end. Photo by Tad Motoyama 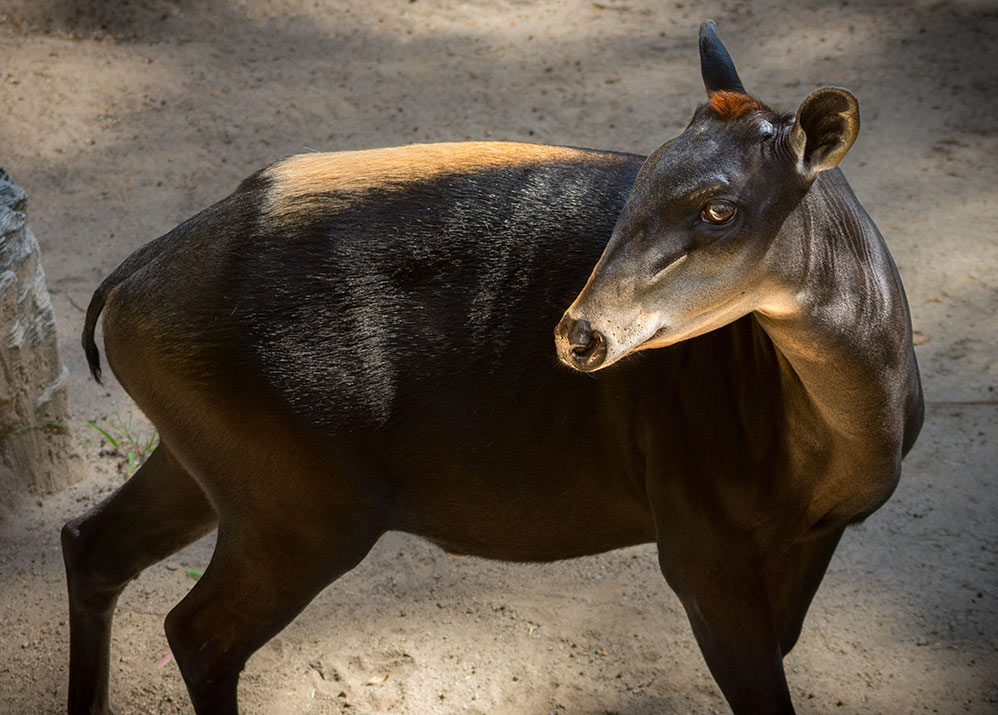 Although these forest-dwelling antelope feed on different plant parts (shoots, roots, leaves, and buds), their diet is mainly made up of fruits—which means they are important seed dispersal agents. Photo by Jamie Pham

On June 26, Animal Keeper Greg Pontoppidan, General Curator Beth Schaefer, and Curator of Reptiles and Amphibians Ian Recchio transported 500 southern mountain yellow-legged frog tadpoles that had been hatched at the L.A. Zoo to Big Rock Canyon in the San Gabriel Mountains. There, they joined with biologists from the U.S. Geological Survey, the California Department of Fish and Wildlife, and the U.S. Fish and Wildlife Service to release the tadpoles into several ponds. The collaborative endeavor went smoothly and hopes are that enough will survive into adulthood to help repopulate the habitat. On the 27th, Senior Animal Keeper Chris Rodriguez and Animal Keeper Jeromy Chenault traveled to Devil’s Canyon (also in the San Gabriels) to release 500 additional tadpoles. Recchio is looking into additional release opportunities to take place later this summer. Because the offspring of the mountain yellow-legged frog breeding group at the Zoo will be released to the wild, these amphibians are housed in a special off-exhibit space that provides them with the cool temperatures and quiet ambience they need to remain healthy. This separate accommodation also keeps them safe from any potential exposure to pathogens. 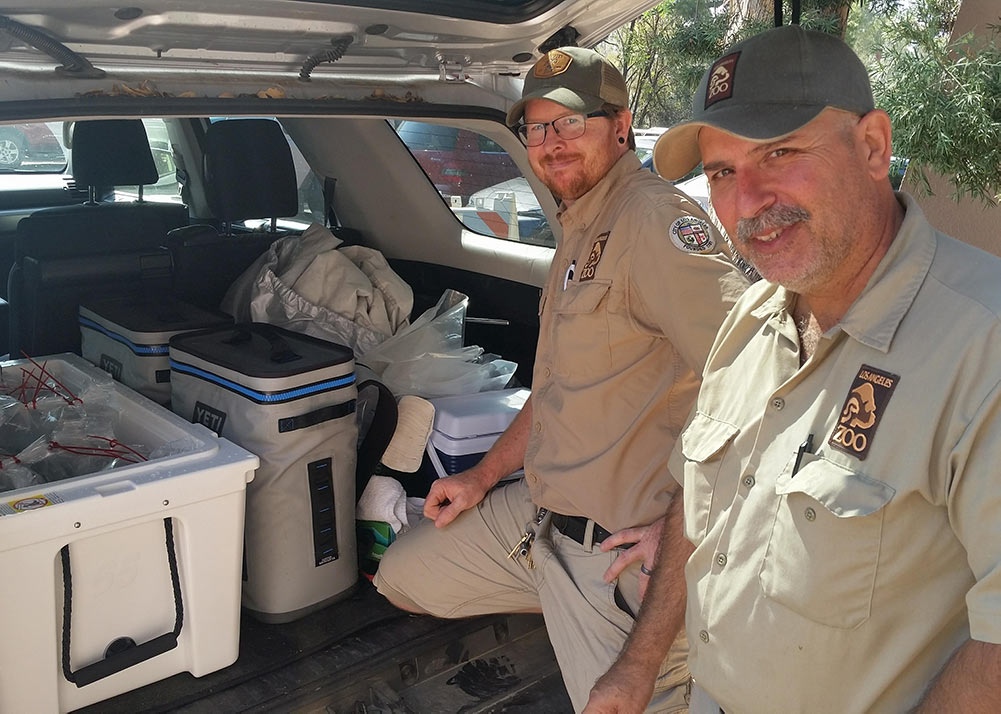 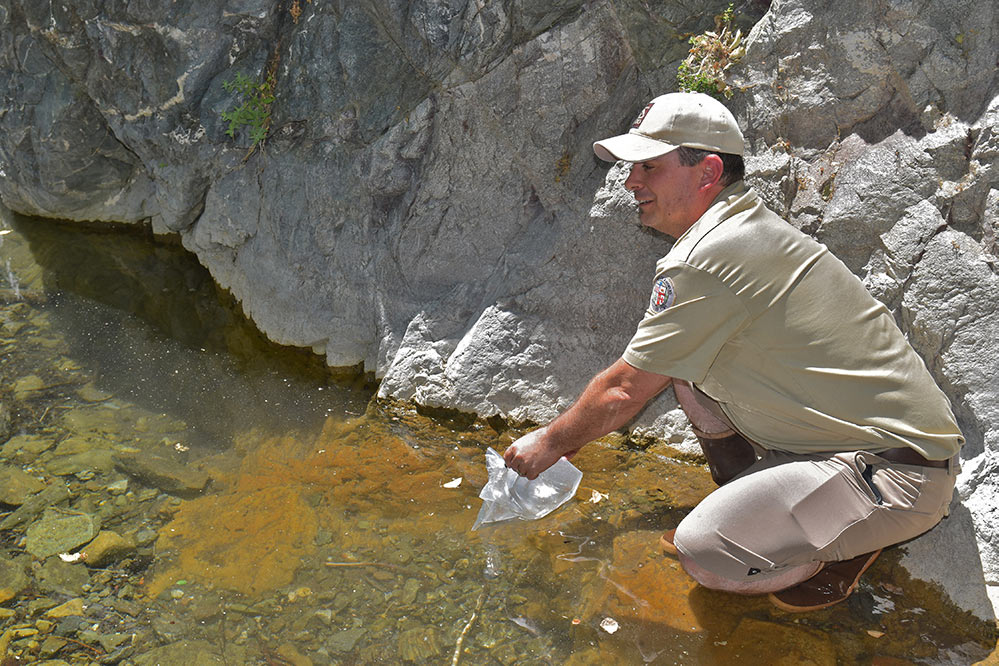 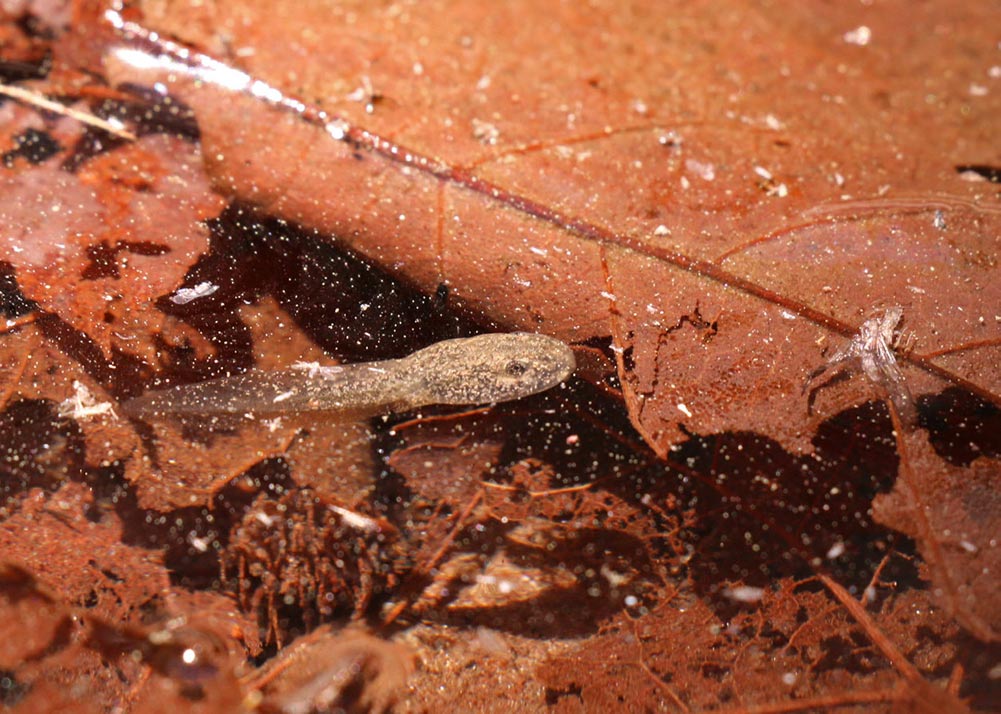 A newly released endangered tadpole in its new home in the wild. Photo courtesy of USFWS/Joanna Gilkeson 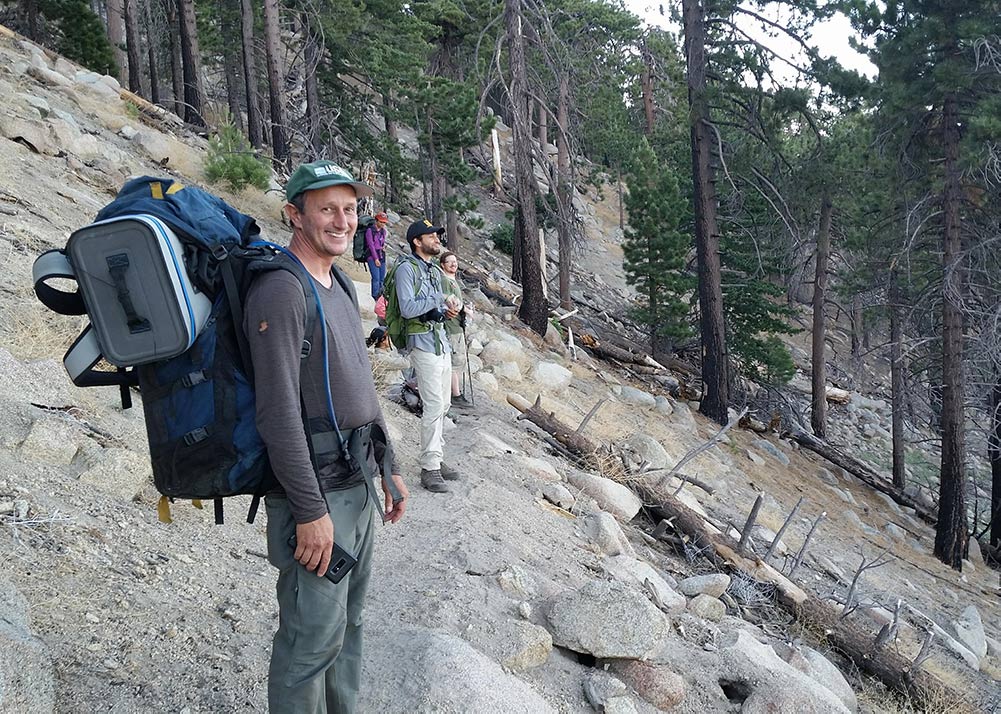 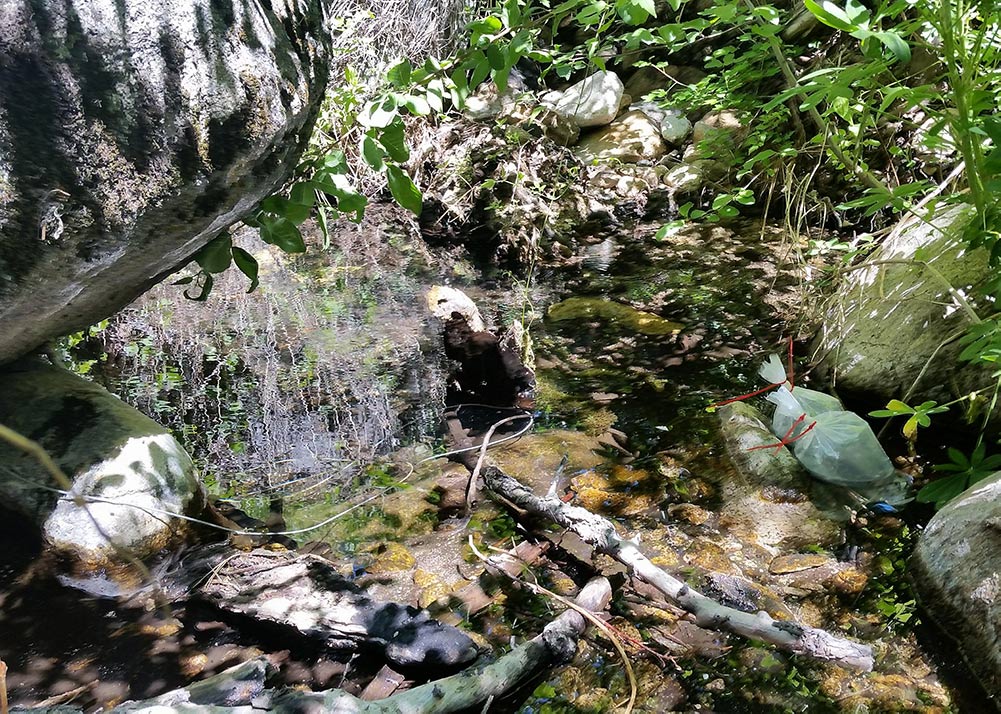 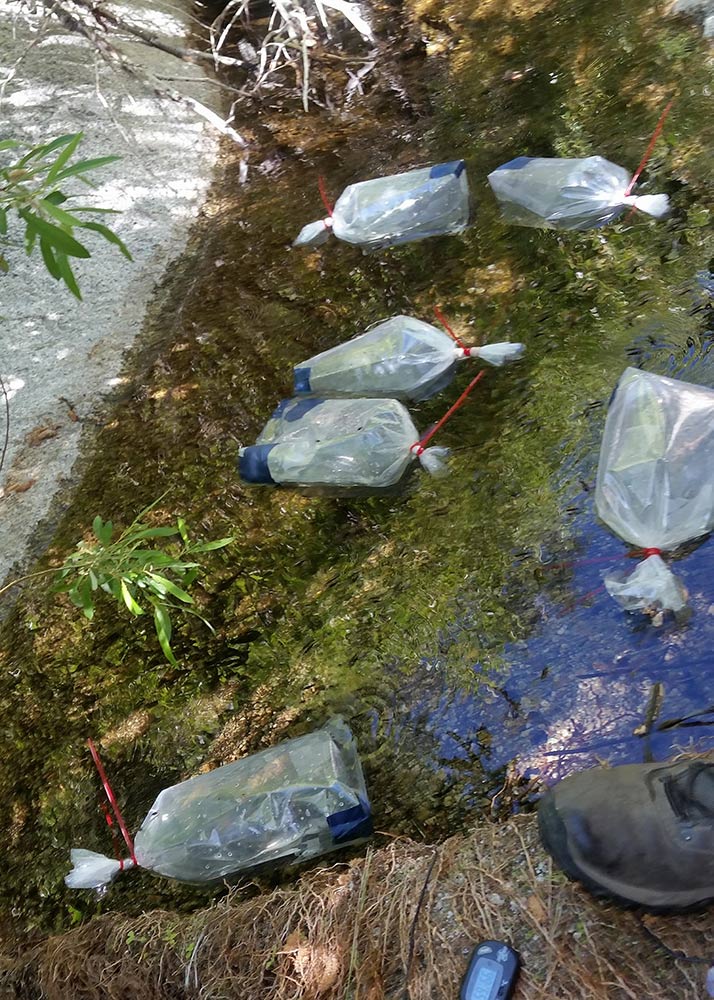 The tadpoles need some time to acclimate to the water temperature of their new home. They are allowed to float in their bags for a time before release. Photo by Chris Rodriguez

In other herpetological news, four male Texas horned lizards arrived from the San Antonio Zoo. These are close relatives of the giant horned lizards that the L.A. Zoo has had great husbandry and breeding success with for the past ten years. Though they are not classified as endangered due to their large range (a sizeable section of northern Mexico and Texas, plus parts of surrounding states), their populations have been on the decline in eastern portions of their namesake state. This group will be on view in the Arroyo Lagarto (outdoor lizard ring between the two LAIR buildings).

Animals & You Photo by Jamie Pham 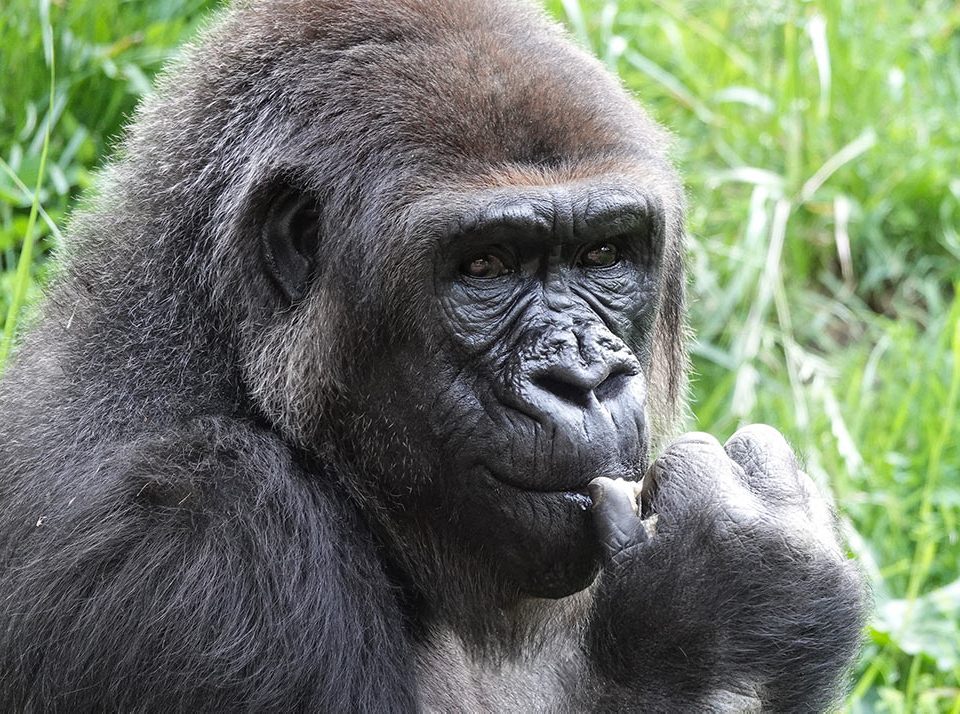