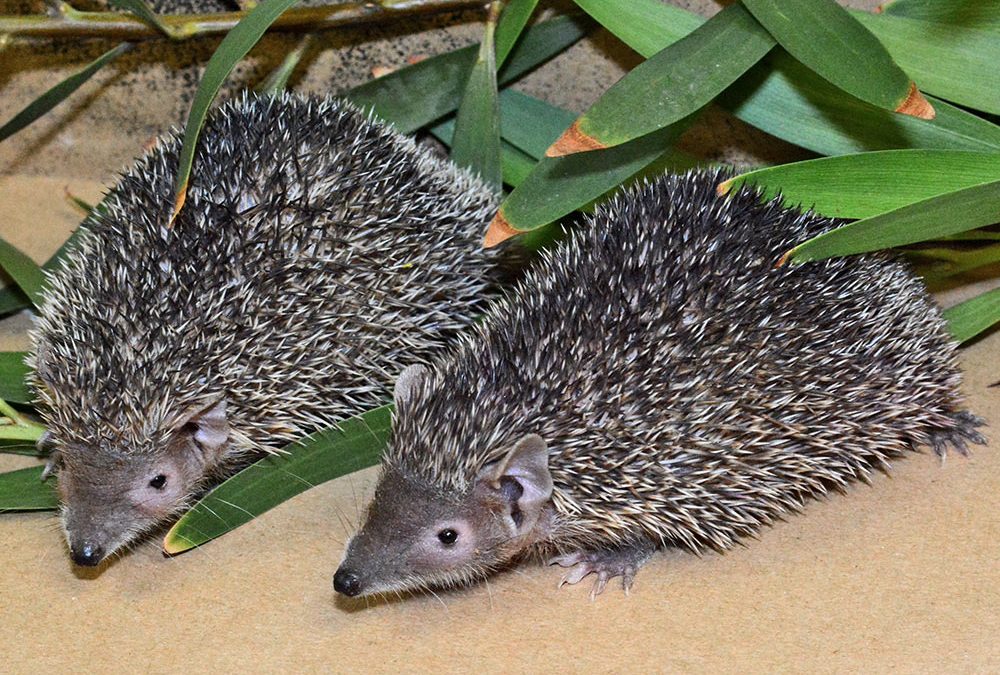 Tenrecs are native to Madagascar. Photo by Tad Motoyama

A four-month-old American badger arrived from the Idaho Department of Fish and Game. This animal was removed from the wild by someone who wanted to make him a pet, which is illegal. Many young animals naturally identify and bond with their parents in order to learn survival skills—a process called “imprinting.” One of the difficulties that comes with humans raising wild animals is that once the baby accepts a human as a parent, it is difficult for them to return to their own kind. Since this animal is now imprinted on humans, he is non-releasable and will need to get acquinted with his new caretakers before he joins our ambassador program. 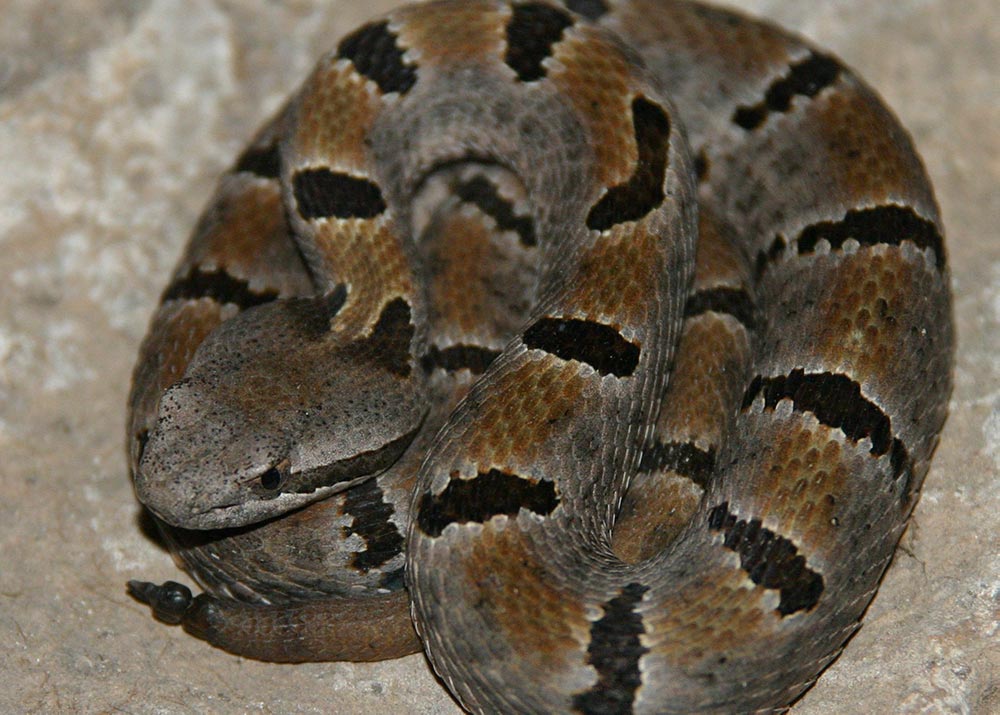 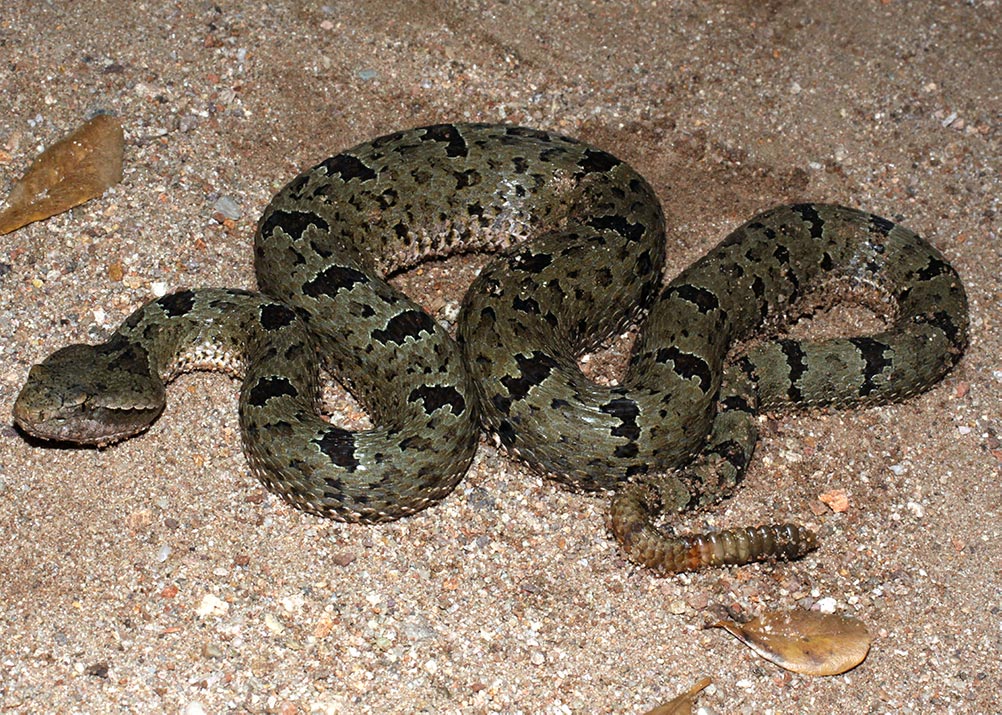 The many regional subspecies of rock rattlesnakes, including these two individuals from Tamaulipan and Durango (above), have developed variations in color to match ocal habitat. Photos by Chris Rodriguez 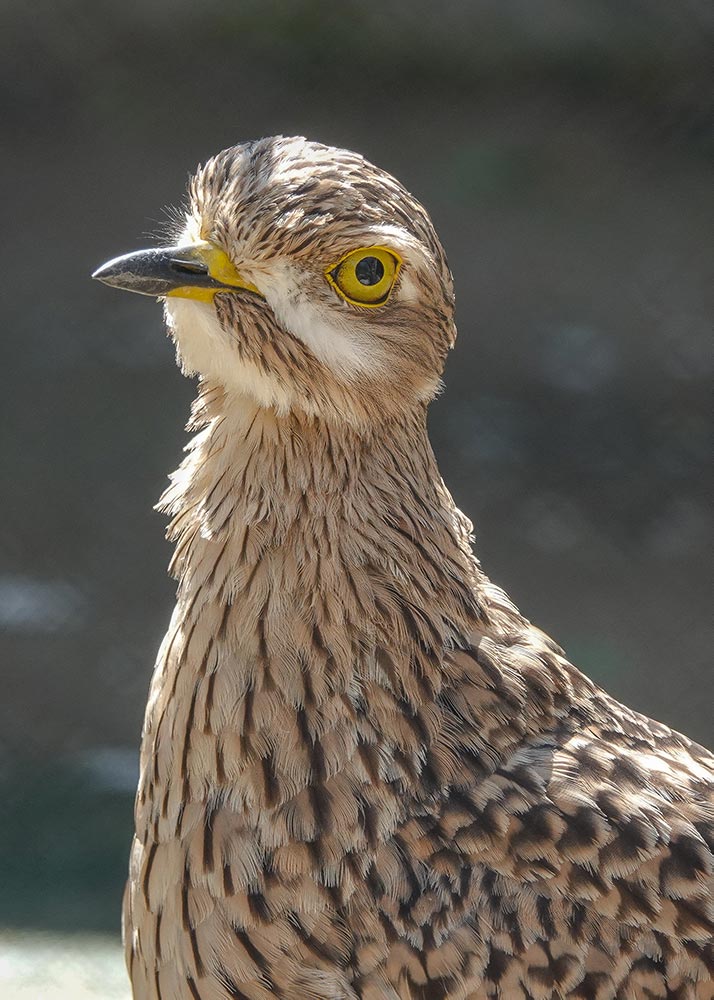 Another Cape thick-knee (also known as spotted thick-knee) chick hatched and is with its parents in the exhibit they share with the weaver birds in the North America section across from Gorilla Grill. 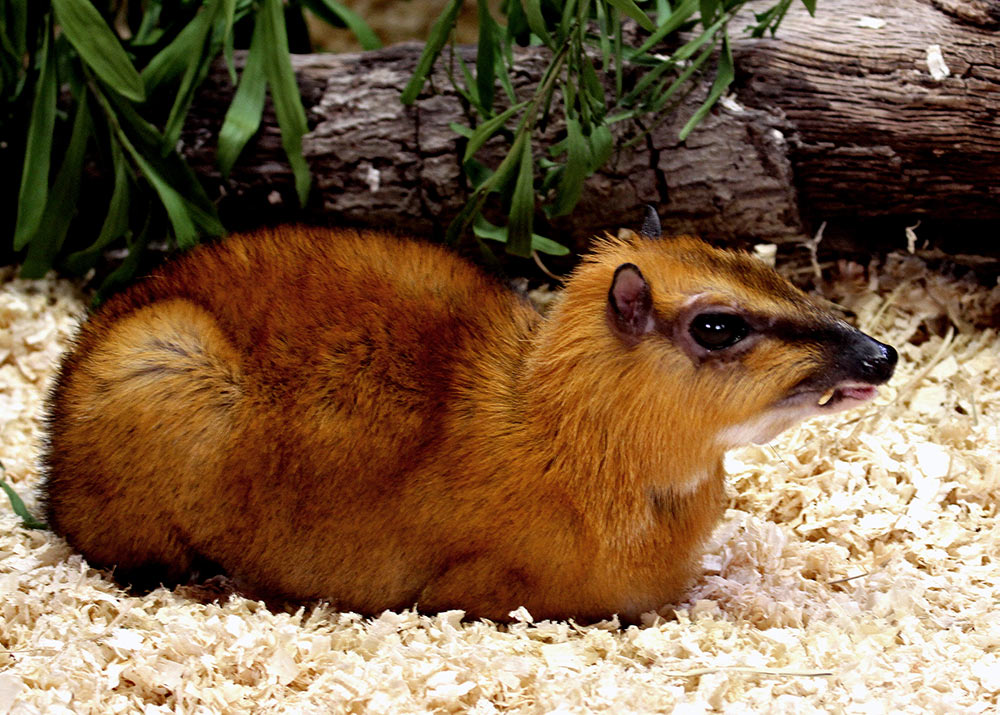 Male chevrotians use their fangs when sparring during mating season. Photo by Paul Bronstein 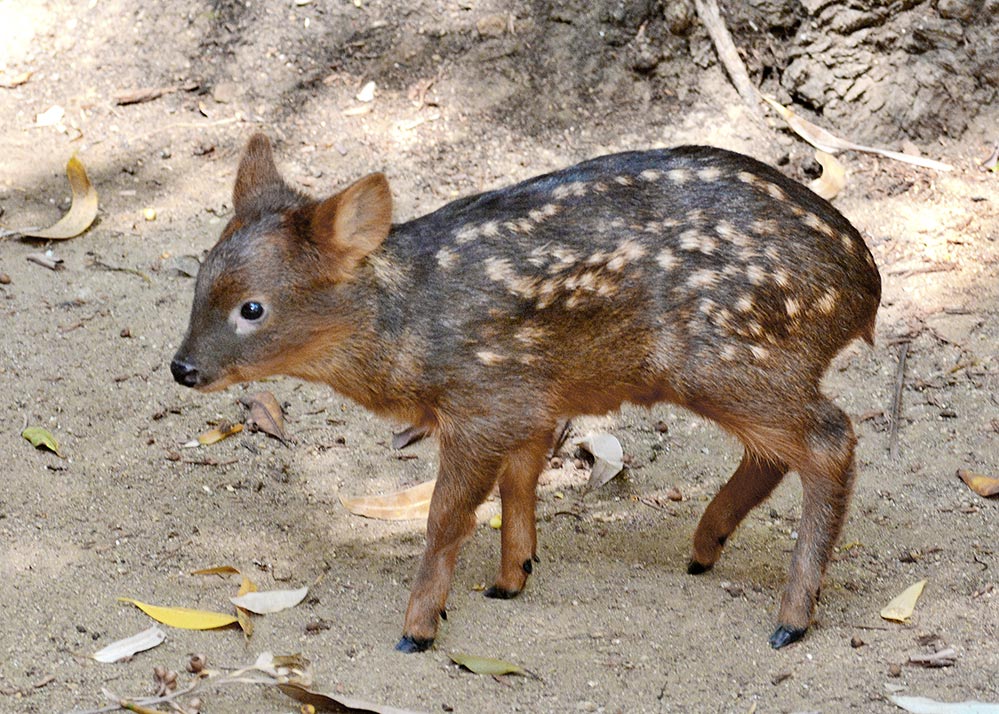 The pudu is the world’s smalled deer species. Photo by Tad Motoyama 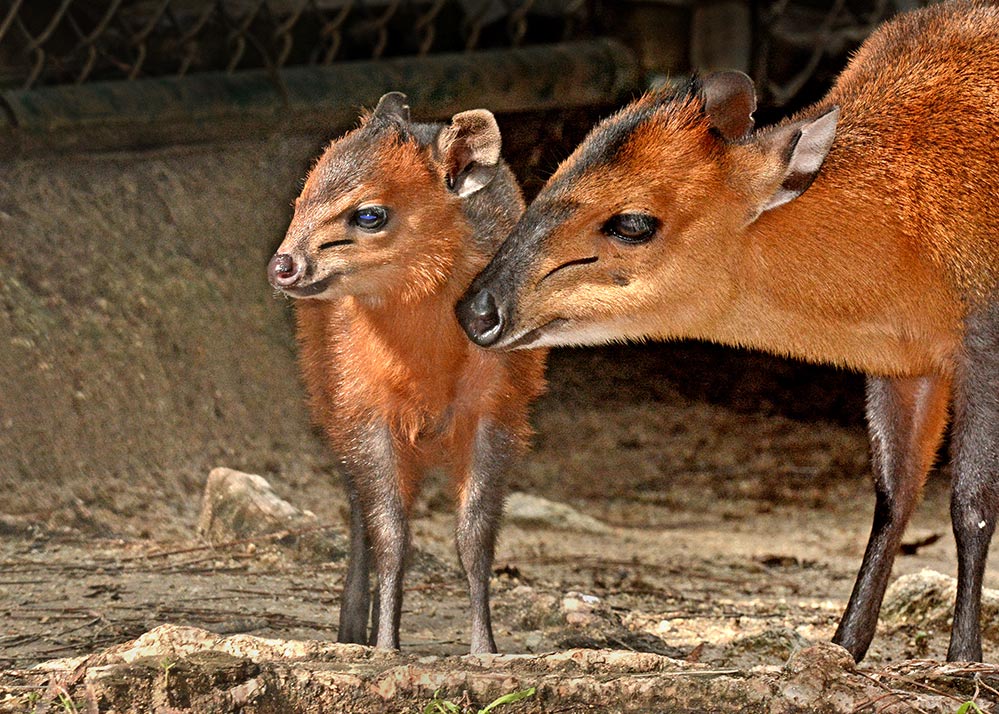 Three of the smallest hoofstock (hoofed animals) species at the Zoo produced babies: a Malayan chevrotain, a southern pudu, and a red-flanked duiker. Weighing roughly 25 pounds, the pudu is the world’s smallest deer and inhabits the temperate rainforests of Chile and Argentina. The chevrotain is not much larger and is found in similar habitat in Asia. Duikers are antelope, and the red-flanked duiker is found in savannas where dense vegetation is available for cover—the word “duiker” is Afrikans for “diver” because these small antelope dive for cover when alarmed. All three of these hooftsock species have similar adaptations for moving through brush—smooth rounded bodies and short, sleek fur. Male pudu and red-flanked duikers (and sometimes the females) have antlers that are short, spiky, and backward-pointing to avoid getting tangled in dense brush. Instead of horns or antlers, chevrotains have long fang-like canine teeth. Males use them to spar for mating privileges during breeding season. 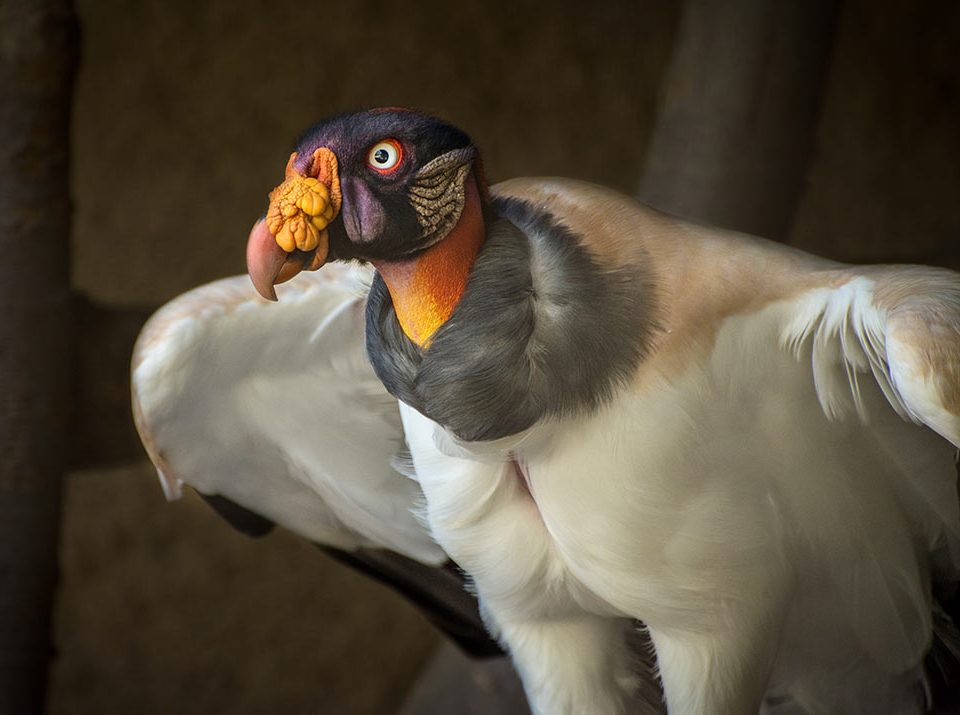 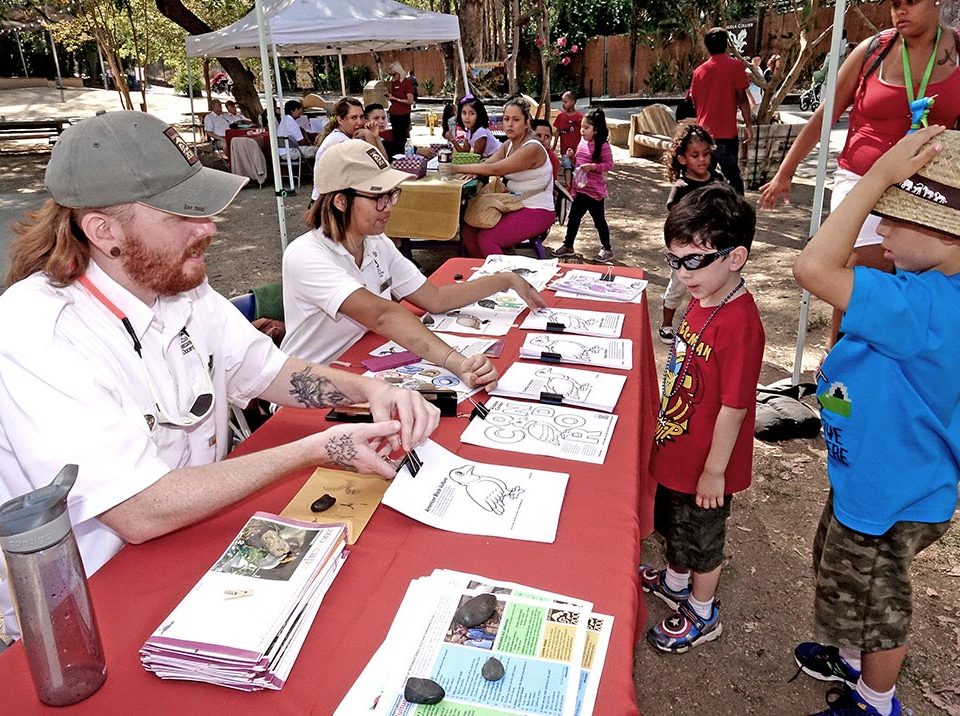 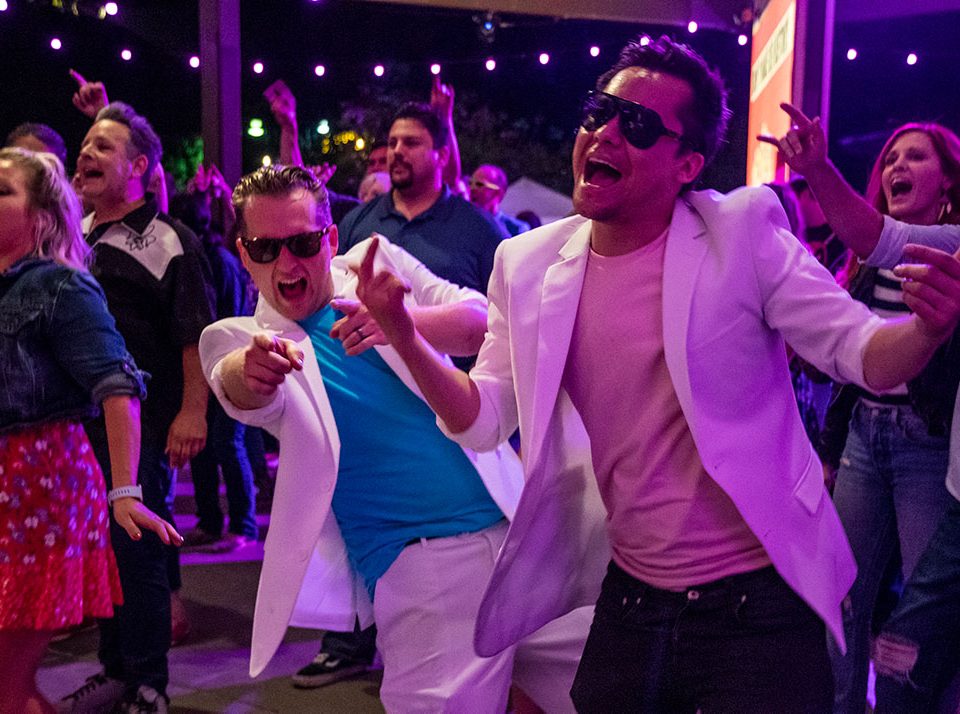