NEW IN THE ZOO: Vipers, Vampires, Ghosts, and More!

Cocktails with the Curator 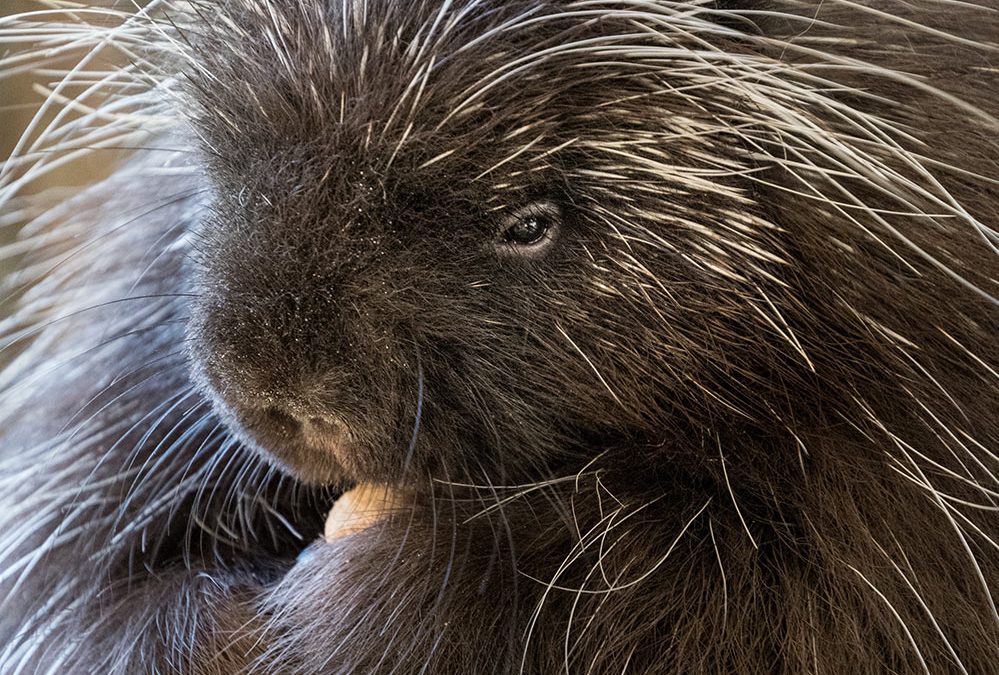 Ever since she arrived in 2016, Olive the North American porcupine has been a favorite with guests, staff, and volunteers. Olive– who is an ambassador animal at the L.A. Zoo– belongs to one of 58 species of porcupine divided by scientists into two families: New World, like Olive, and Old World, like the pair of African crested porcupines who arrived in June 2017 and produced three babies on August 13. Because of some home improvement projects that need to be completed on their exhibit, the African crested porcupine family was relocated to the roundhouse by Gorilla Grill (currently not open to the public, but hopefully soon) where three of the Zoo’s seven pacas have been temporarily staying. One of the trio of porcupettes (as baby porcupines are called) was not doing well and, after some time in ICU, is now being raised by keepers at the nursery in the Winnick Family Children’s Zoo. 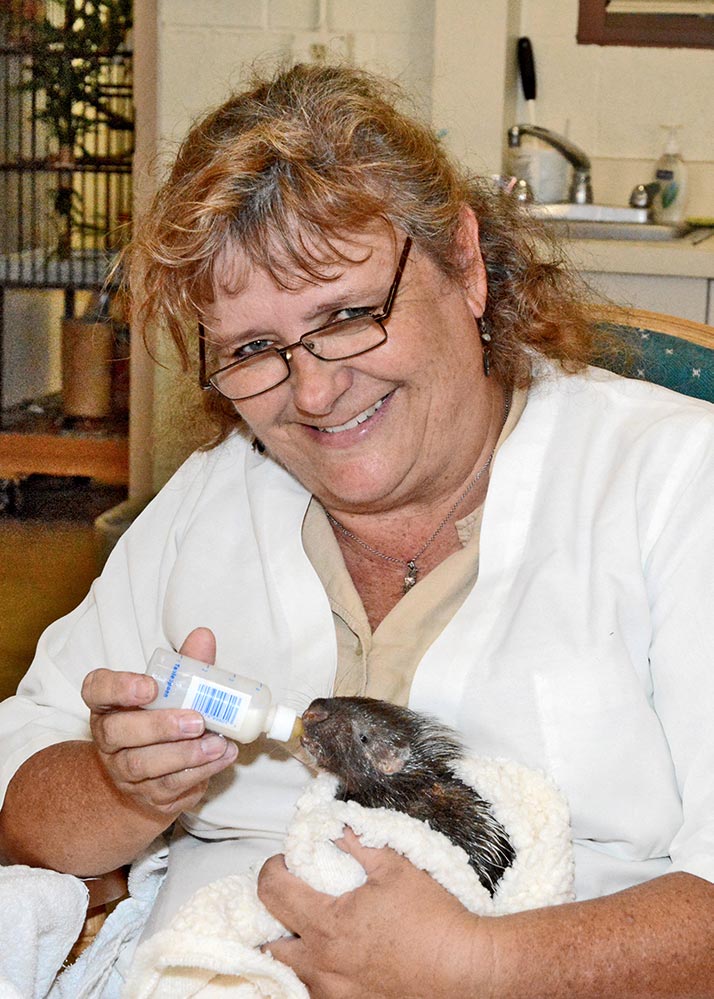 Animal Keeper Nancy Thomas feeds one of many bottles to the baby African crested porcupine. Photo by Tad Motoyama 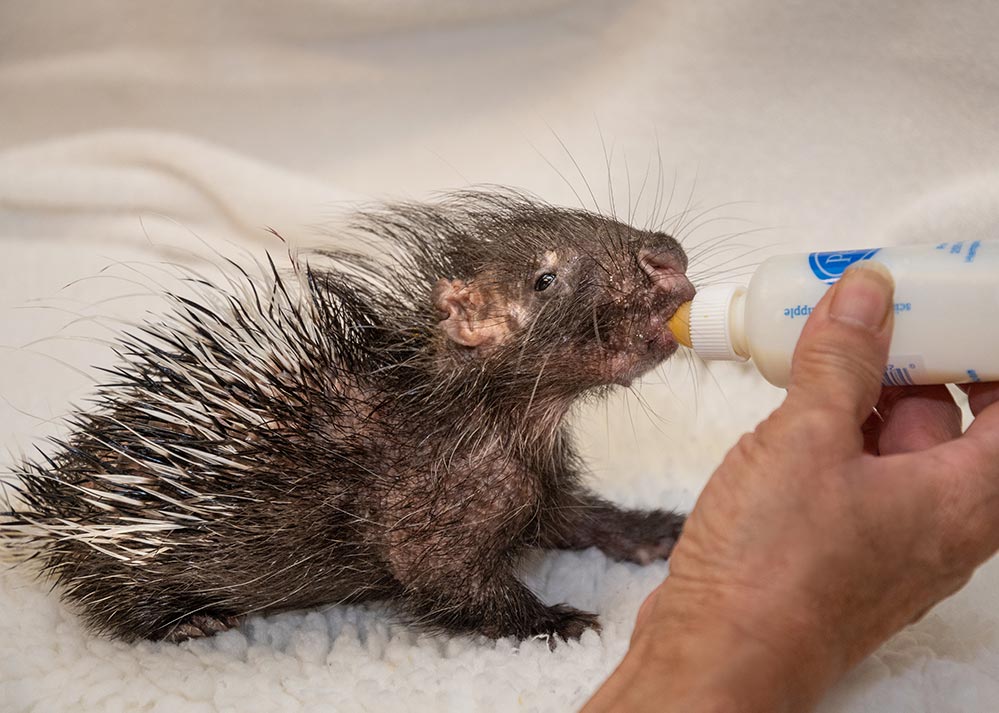 There is a chance that the hand-raised African crested porcupine will become an animal ambassador. Photo by Jamie Pham

The common name for porcupines dates back to approximately 1400 and the Old French name “porke despyne,” from the Latin porcus (“hog”) plus spina (“spine”), or “spiny pig.” Over the centuries, this creature has been called by many variations in Middle and early Modern English, including portepyn, porkpen, porkenpick, and porpoynt. The spiny hog even crops up in Shakespeare’s Hamlet when the ghost of hapless Hamlet’s father appears and tells the prince of his own murder:

I could a tale unfold whose lightest word
Would harrow up thy soul, freeze thy young blood,
Make thy two eyes, like stars, start from their spheres,
Thy knotted and combined locks to part
And each particular hair to stand on end,
Like quills upon the fretful porpentine.

To learn more about Olive the North American porcupine and other Zoo animal ambassadors, see the Fall 2018 issue of member magazine Zoo View. Check your mailbox or view online here. 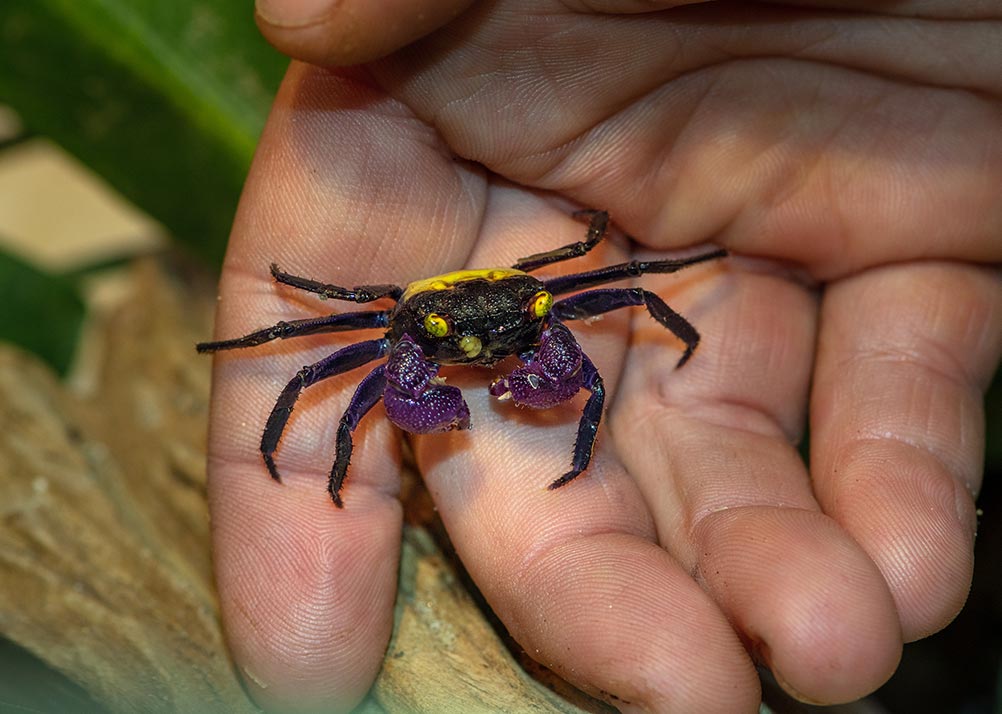 In time for Halloween, Animal Keeper Konin Teran has been working on breeding the Zoo’s vampire crabs, and his efforts have paid off with a group of tiny babies! With many crab species, the eggs hatch into free-swimming larvae called zoea that molt (shed their skins) several times before reaching their adult form and venturing onto land. Vampire crabs go through their early developmental stages inside the eggs and hatch out as tiny crabs that are almost impossible to see with the unaided eye. 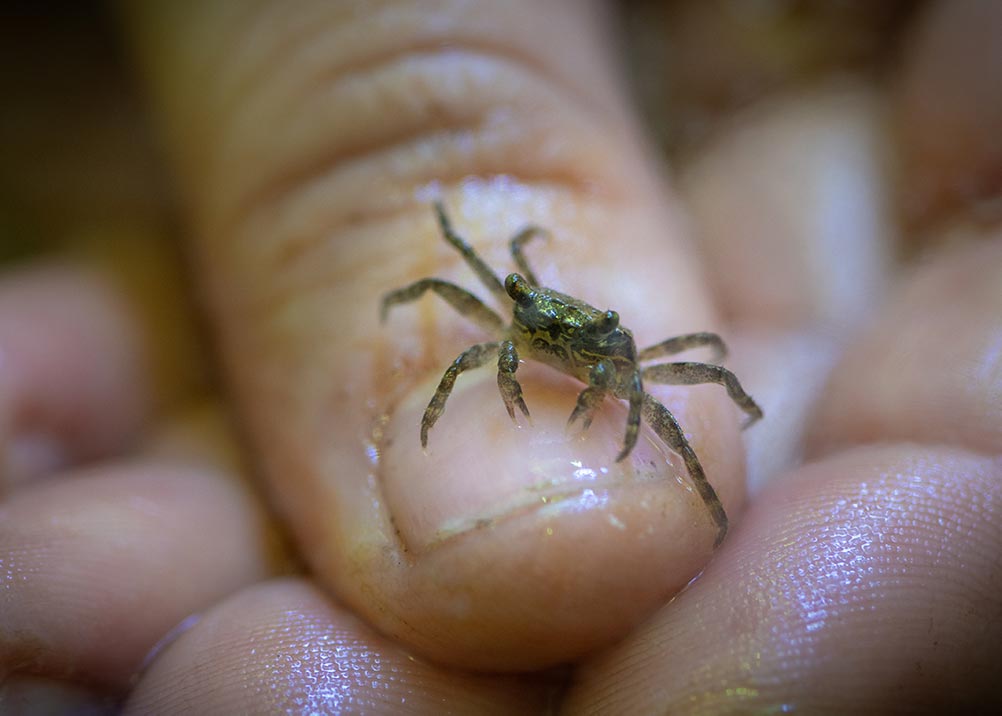 Vampire crabs emerge from the egg as miniature adults. Photo by Jamie Pham 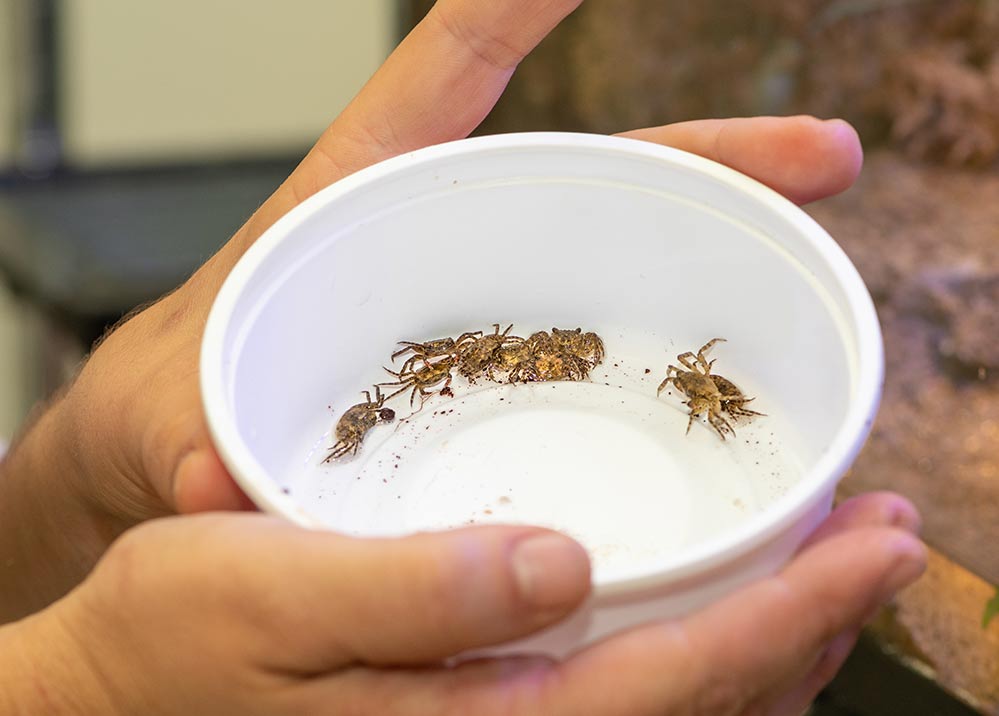 The drabber color of the baby crabs helps them to hide from predators. Photo by Jamie Pham

“The pet trade has been taking these little crabs out of the wild for years now and not many hobbyists are breeding them—which is super weird because they're wicked cool and colorful,” Teran comments. “Thankfully though, from what I understand, while not many people are actually breeding these guys in captivity, once you have the right set up and they start breeding they're actually pretty prolific. The 25 babies we have are actually all from one female!

“Most of the challenge in getting them to reproduce is setting up an environment where they are comfortable. Then you can just let them do their thing. Fussing with them too much tends to stress them out. They're a pretty hardy species, everything considered. There are many different species of vampire crabs. We have Geosesarma dennerle, and they have purple claws, but some have red claws, some have white bodies, they're pretty diverse.” 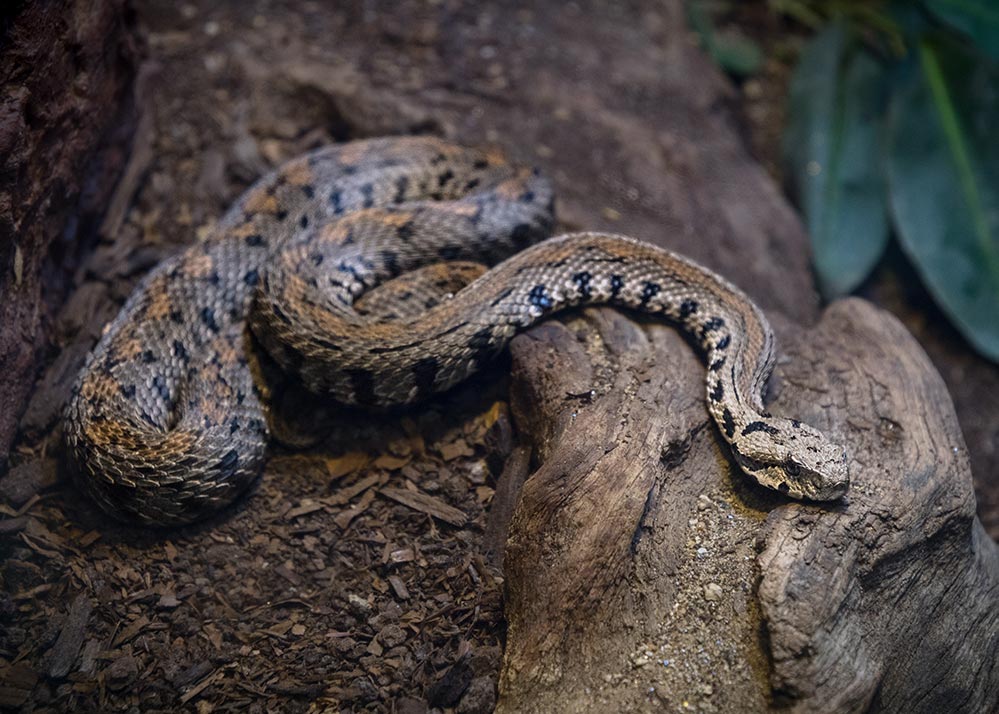 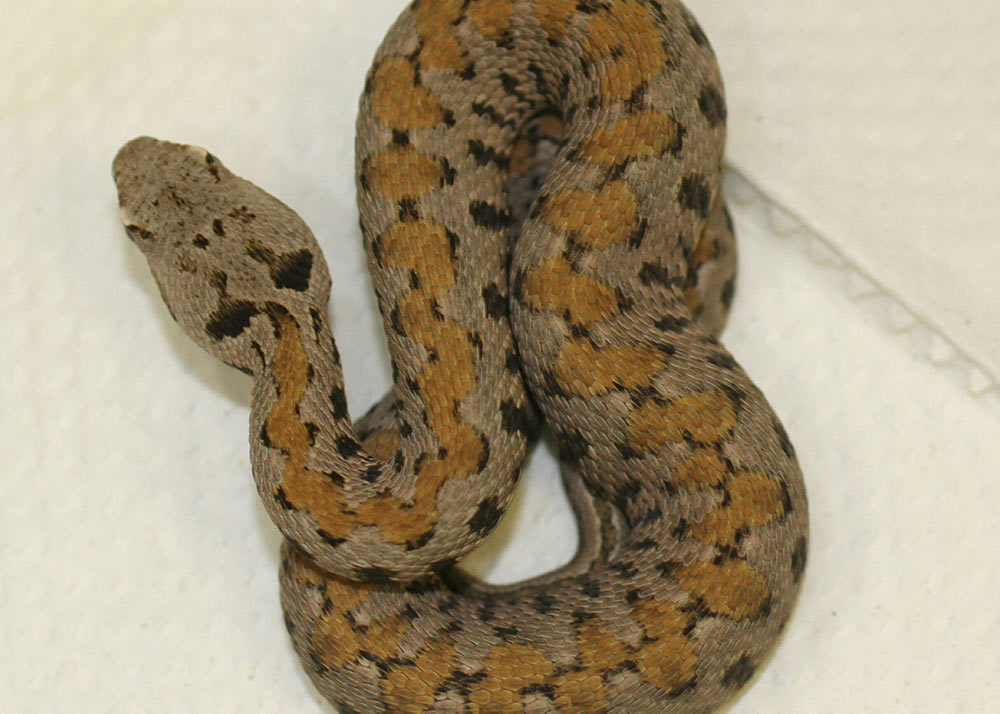 As the baby Armenian vipers mature, they will be placed in new homes at other AZA Zoos. Photo by Ian Recchio

We recently welcomed a litter of six Armenian vipers, which is important for the Species Survival Plan for these snakes, which have experienced sharp declines in the wild. Since 2015, 20 Armenian vipers have been born at the Zoo. 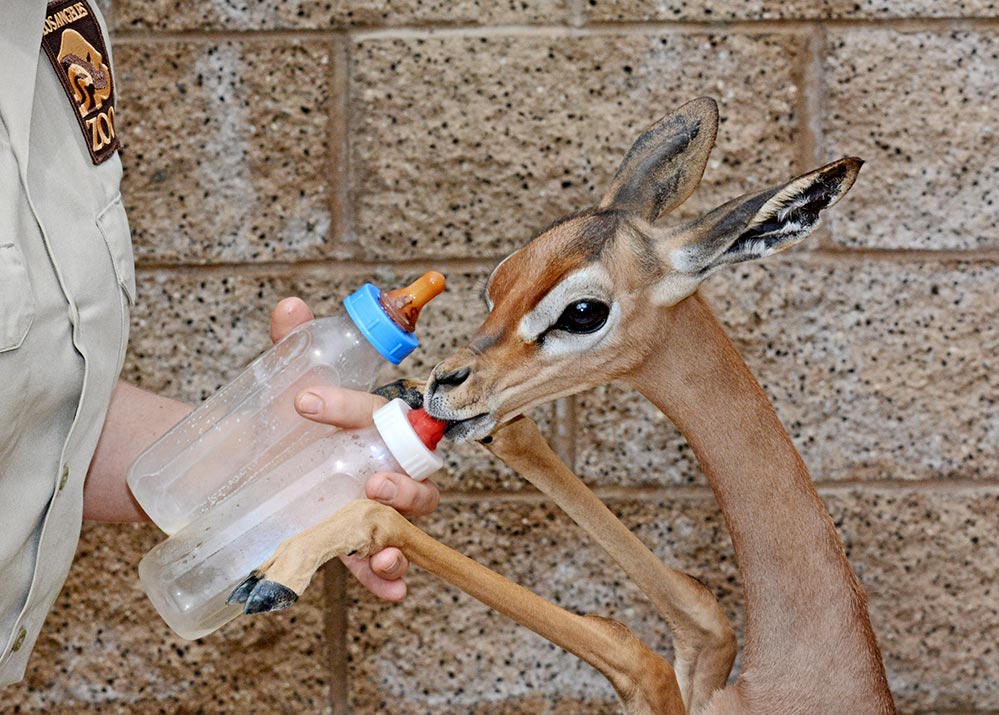 Hand raising certain hoofstock babies helps them acclimate to being around many people. Photo by Tad Motoyama

Two gerenuk newborns have been moved to the nursery hoofstock corral. This is common for many hoofstock species with short “flight distances,” meaning the distance at which they will flee from a threat. Spending time in the nursery acclimates them to being close to people before they return to their families on exhibit.

Two knob-tailed geckos hatched recently. These lizards are native to rocky outcroppings in the arid, sparsely populated Pilbara region in northwestern Australia. As is typical for the species, the mother laid a clutch of two eggs that hatched about 24 hours apart. 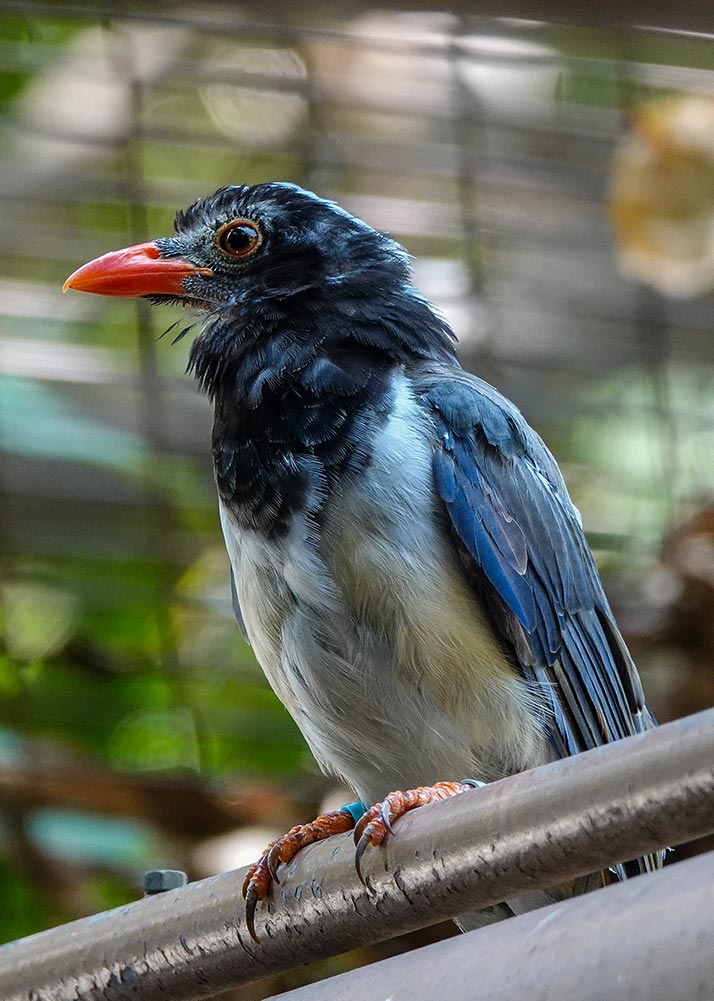 Hopefully, the red-billed blue magpie pair will hit it off and produce offspring. Photo by Lori Conley 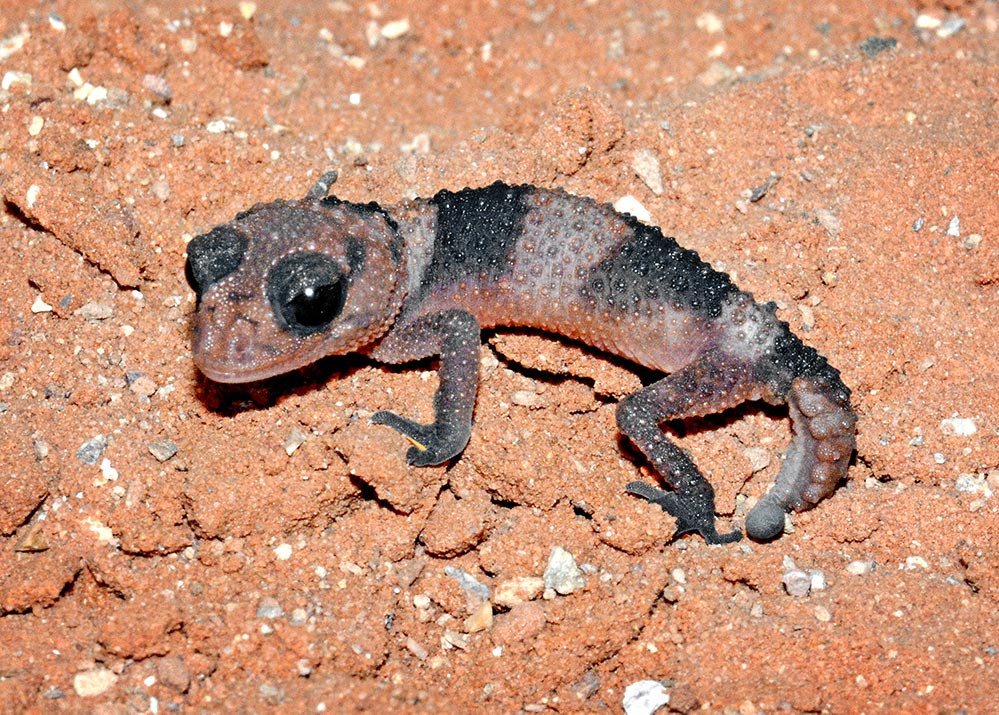 Although knob-tailed geckos are not listed as endangered, their habitat is declining. Photo by Tad Motoyama

New Songs in the Air

Next time you’re in the Australasia aviary, listen for the piercing call of new residents there–a pair of red-billed blue magpies. The Zoo received the male of this pair from a confiscation of Asian songbirds in May last year. Many colorful songbird species are popular in the pet trade, and unregulated collection from the wild in Asia is causing populations to decline at an alarming rate. The female arrived in April from a zoo in Europe.

Other late-summer arrivals include a California condor in need of medical attention and a male wattled crane from San Diego Zoo Safari Park. Once ranging from the coastal west of Africa to the African horn down to the southern tip of Africa, the wattled crane is now restricted to the Okavango Delta. It is the most wetland-dependent of Africa’s crane species. This male will be paired with the female that arrived in June and they will share the Cape vulture exhibit adjacent to the Rainforest of the Americas. 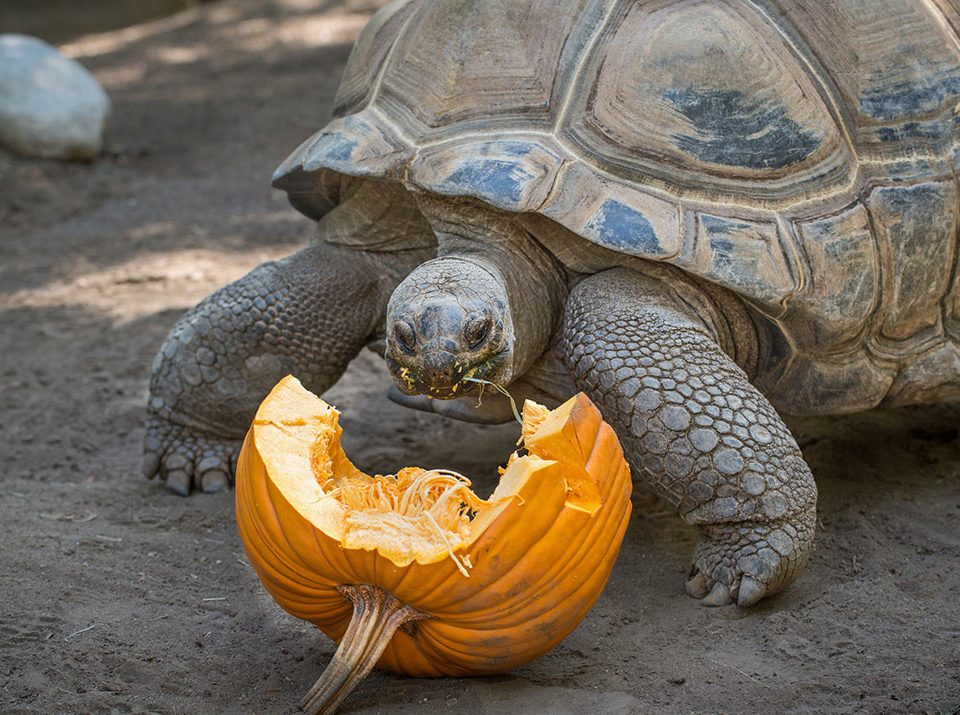 Special animal enrichment feedings are scheduled throughout the month. Photo by Jamie Pham 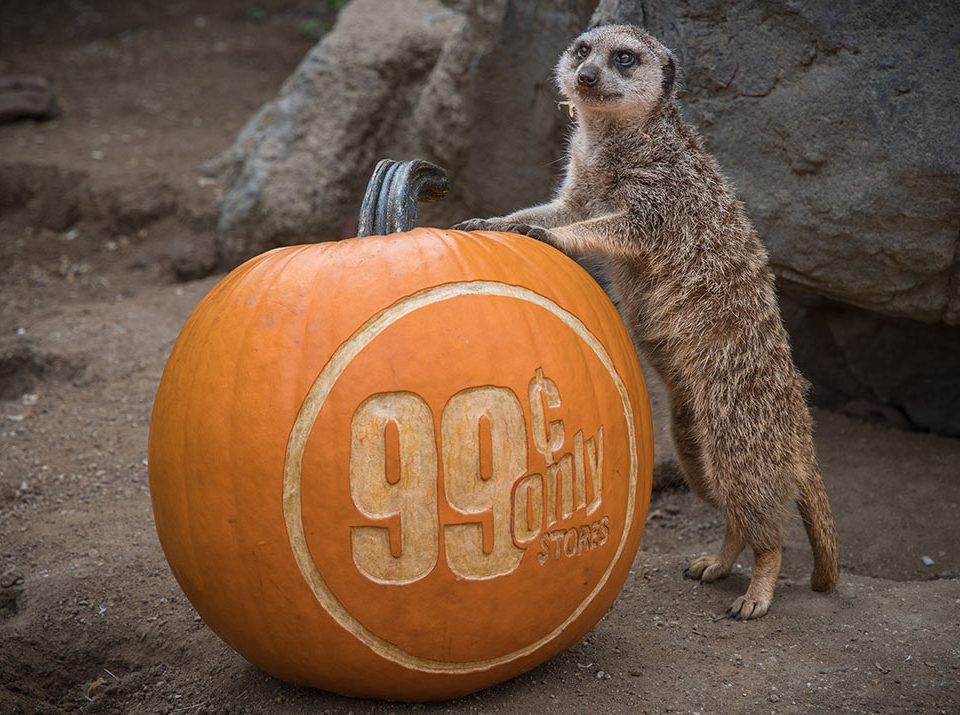 Bring your mob to Boo at the L.A. Zoo! Photo by Jamie Pham

FRESH HAUNTS AT AN OLD FAVORITE: New Thrills at this year’s Boo at the L.A. Zoo 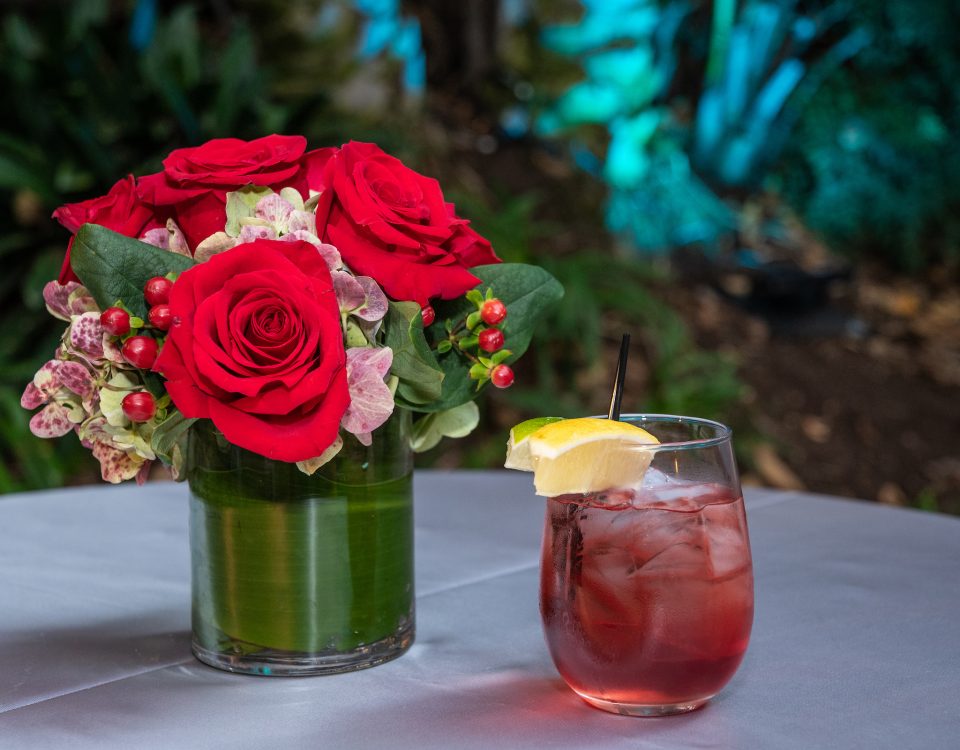 Cocktails with the Curator