NEW IN THE ZOO: Wombats, Vipers, Pigs, and Pygmy Falcons

YEAR OF THE BIRD… FOREVER! Celebrate birds every day with the L.A. Zoo. 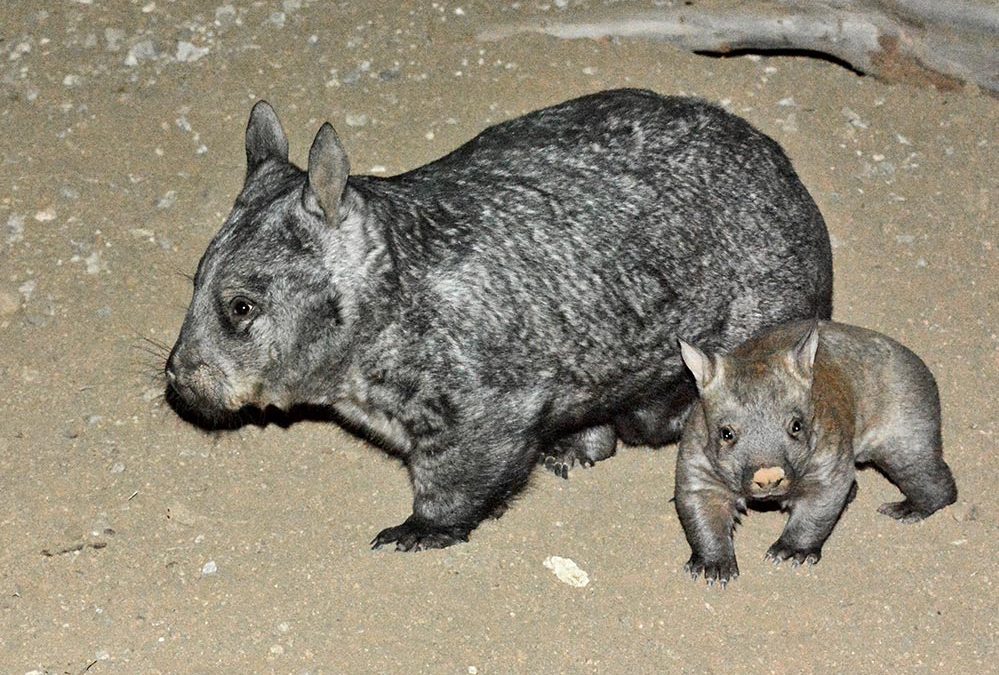 This joey is the first wombat birth for the L.A. Zoo. Photo by Tad Motoyama

The first offspring of our Southern hairy-nosed wombat pair—Murray and Olga— was born in May and is now out of his mother’s pouch, where he had developed from a tiny, bald, blind newborn into a stocky, furry, rambunctious joey. See him exploring the habitat inside Australia House with mom Olga now. Wombat fathers don’t participate in rearing offspring, so dad Murray is kept in a separate enclosure within Australia House, or hangs out in a habitat behind the scenes.

Though not classified as endangered (unlike the Northern hairy-nosed wombat which is critically endangered), this species is negatively impacted by habitat loss. Wombats are burrowers with stout bodies and sturdy, short legs. They reach about three feet in length and can weigh up to 70 pounds. Australia is very particular about allowing its wildlife to leave the country, and few zoos in North America have wombats. Murray came to L.A. in 2013 from Brookfield Zoo in Chicago and Olga arrived from Australia in July 2016. 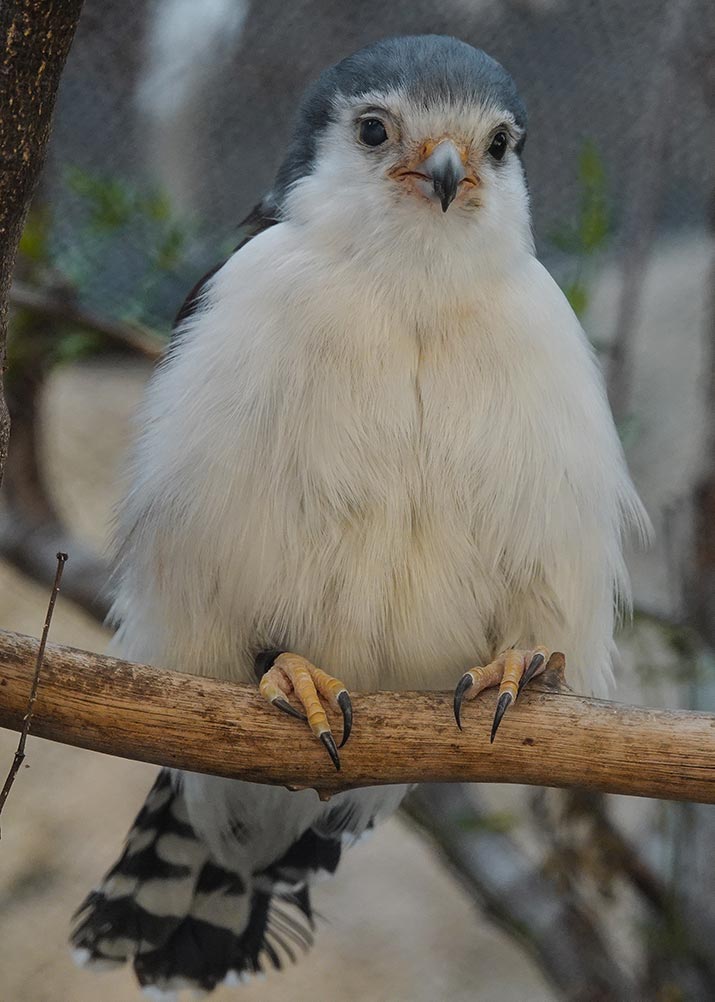 A pair of African pygmy falcons has taken up residence in the former greater roadrunner exhibit near the Desert Trail in the Winnick Family Children’s Zoo. These tiny raptors specialize in feeding on insects, though they do sometimes catch larger prey, including reptiles and small rodents. Pygmy falcons are recyclers and will make use of empty weaver bird nests for roosting and nesting. You can find the very sociable black-headed weavers in a roundhouse exhibit across from Gorilla Grill.
The Zoo received ten Saharan horned vipers. The species is native to the deserts of northern Africa and parts of the Middle East—most frequently in the region between Egypt and Morocco. Its range extends southward to northern Mali, Niger, northern Chad, Sudan, and Mauritania. Though fairly abundant in its habitat, it is rare in zoo collections. Five of these individuals will move on to the Phoenix Zoo, and after completing quarantine, the five remaining vipers will be on view at the LAIR. 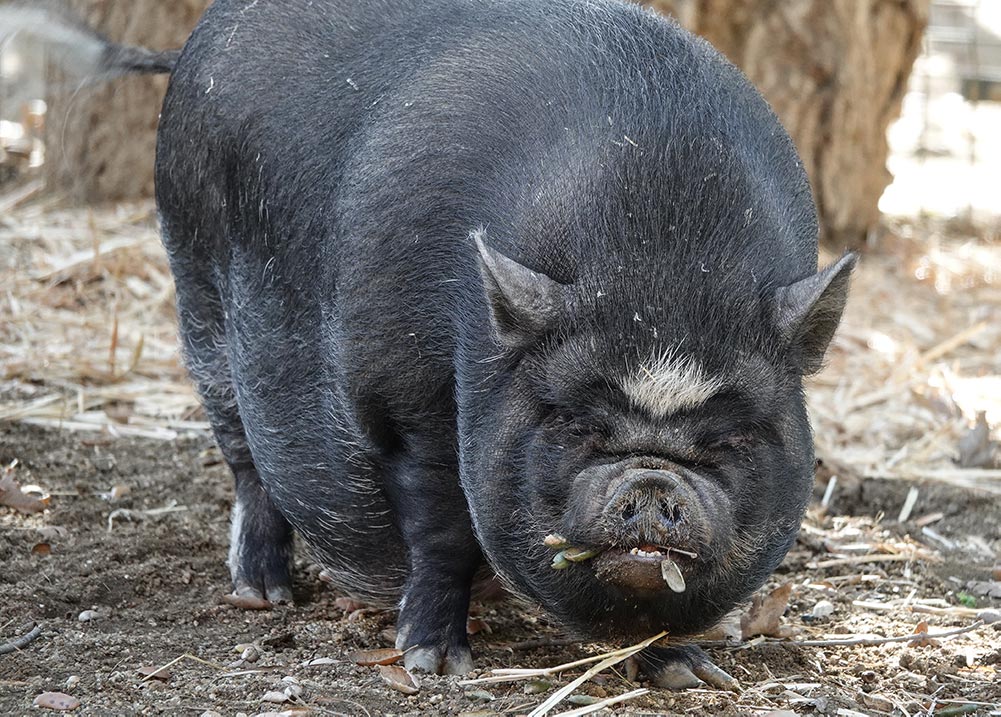 A pair of pot-bellied pigs are new at Muriel’s Ranch. Photos by Lori Conley 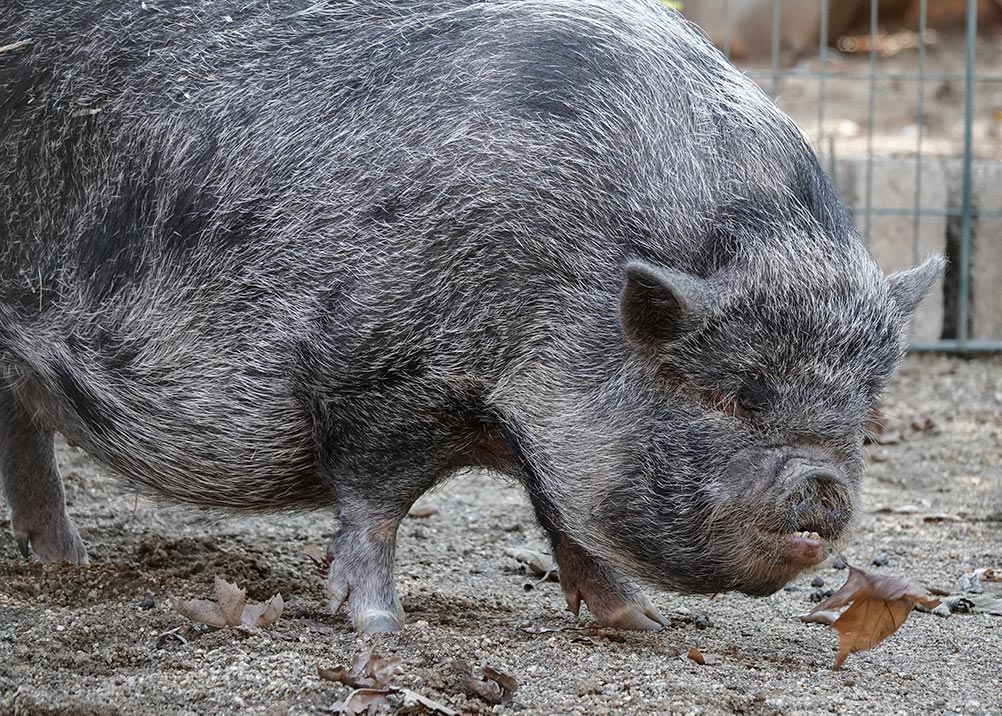 Two pot-bellied pigs completed quarantine just before Thanksgiving and have taken up residence at the Children's Zoo. This hairy, small, and portly breed of domestic pig has been popular in the pet trade for some time. Originating in Vietnam, this breed is considered endangered because many have been hybridized and the trend in farming is for larger, faster-growing livestock.
The male reindeer calf has returned to the reindeer ranch that is his home the rest of the year. The three females, Hazelnut, Cinnamon, and Nutmeg. are living all together now and are doing great! 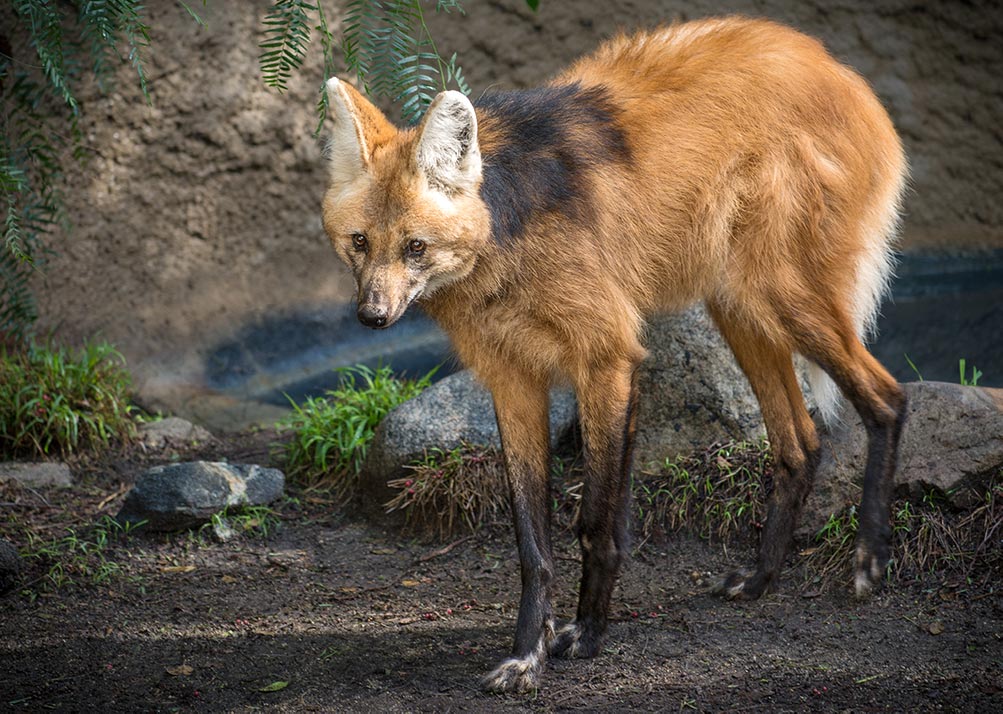 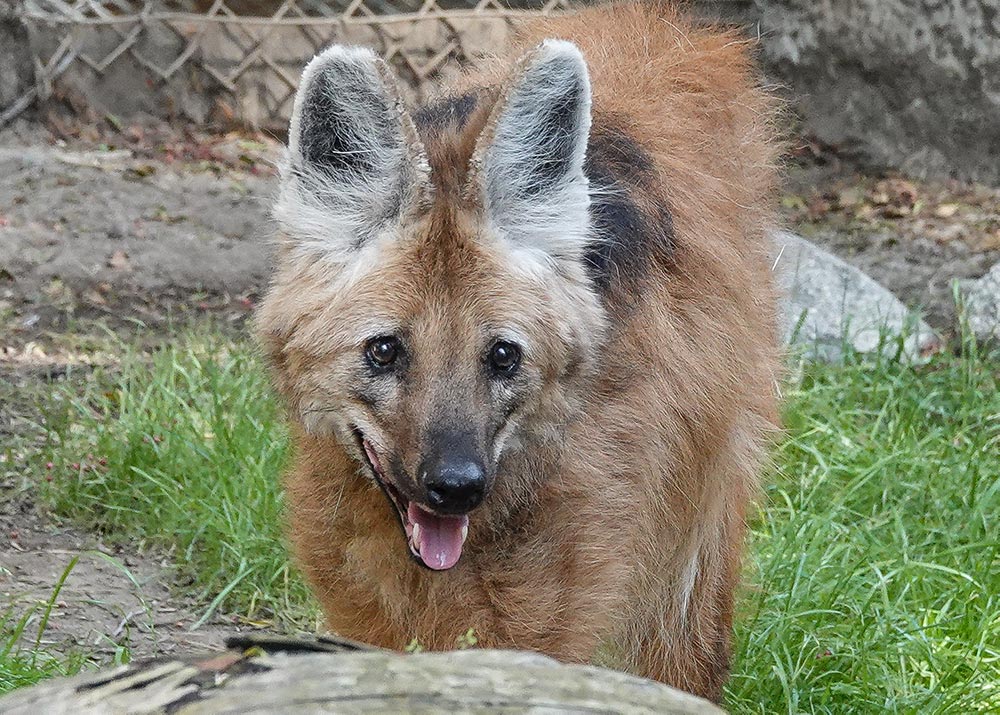 Female maned wolf Zetta is one of the Zoo’s senior residents. Photo by Lori Conley

A male maned wolf has joined the resident female in the South America section of the Zoo. Fenix is a youngster (one and a half years old) who will hopefully become part of a future breeding pair as the current female is post-reproductive. Zetta is almost 16 years old (her birthday is February 2), which is very old for the species. She came to us in 2009 as a breeding female for the male (Cristiano) who lived here at that time. Unfortunately, she never had pups.
Fenix and Zetta are gradually getting to know one another and Zetta is so mellow that this introduction is anticipated to go very smoothly. 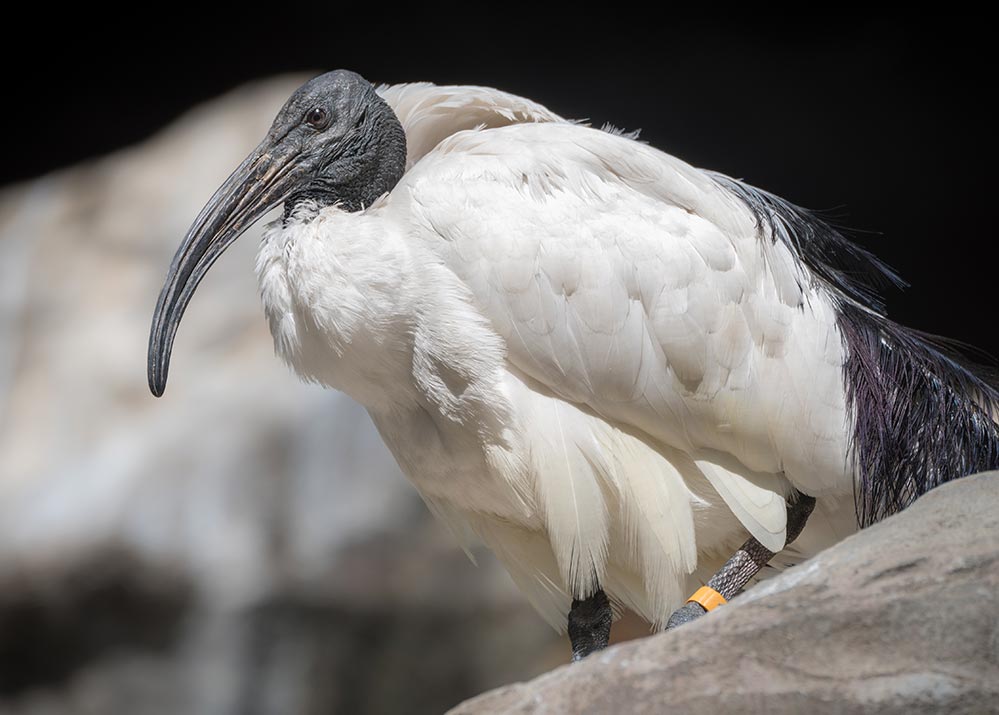 The sacred ibis is best known for its role in the religion of ancient Egypt, where it was associated with the god Thoth. Photo by Jamie Pham

A male sacred ibis has joined the flock in the African aviary, making a total of nine, and a male tawny frogmouth will be paired with a new female who arrived earlier this year. These birds are settling in to the off-exhibit Avian Conservation Center where it’s hoped that they will produce offspring who might join the Ambassador Animal program. 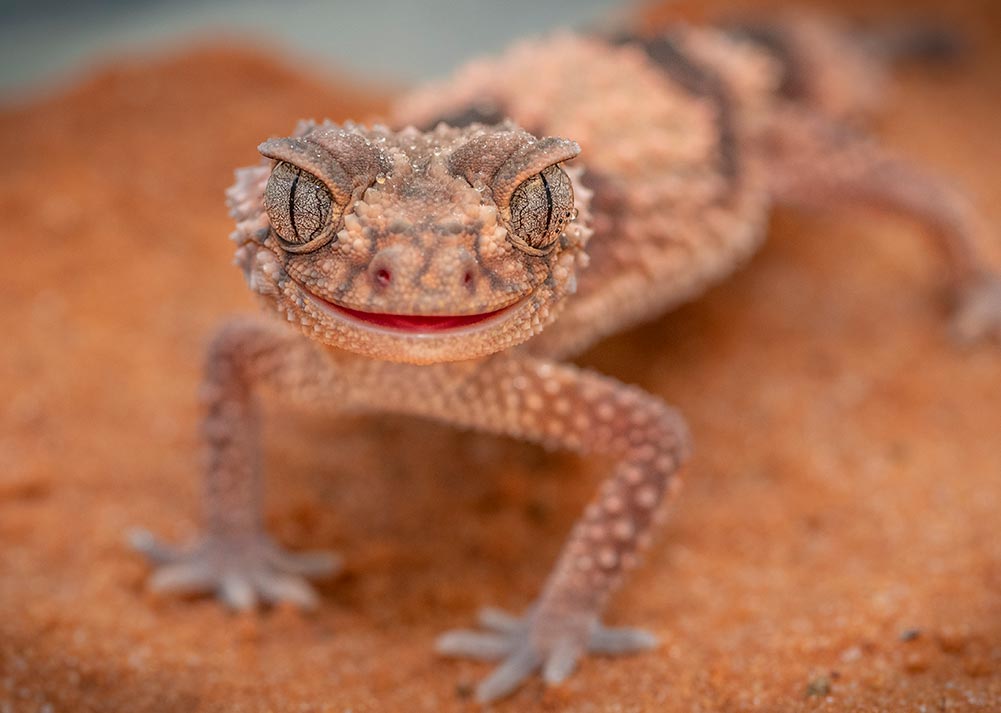 Knob-tailed geckos are native to Australia. Photo by Jamie Pham 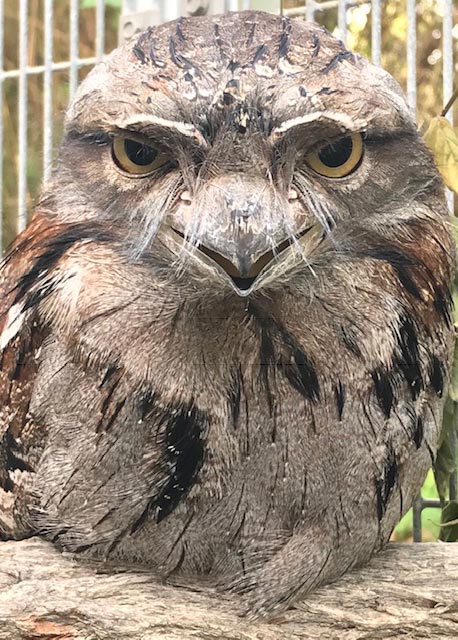 Though often mistaken for owls, the tawny frogmouth belongs to the same family as nightjars and whip-poor-wills. Photo by Lori Rogalski 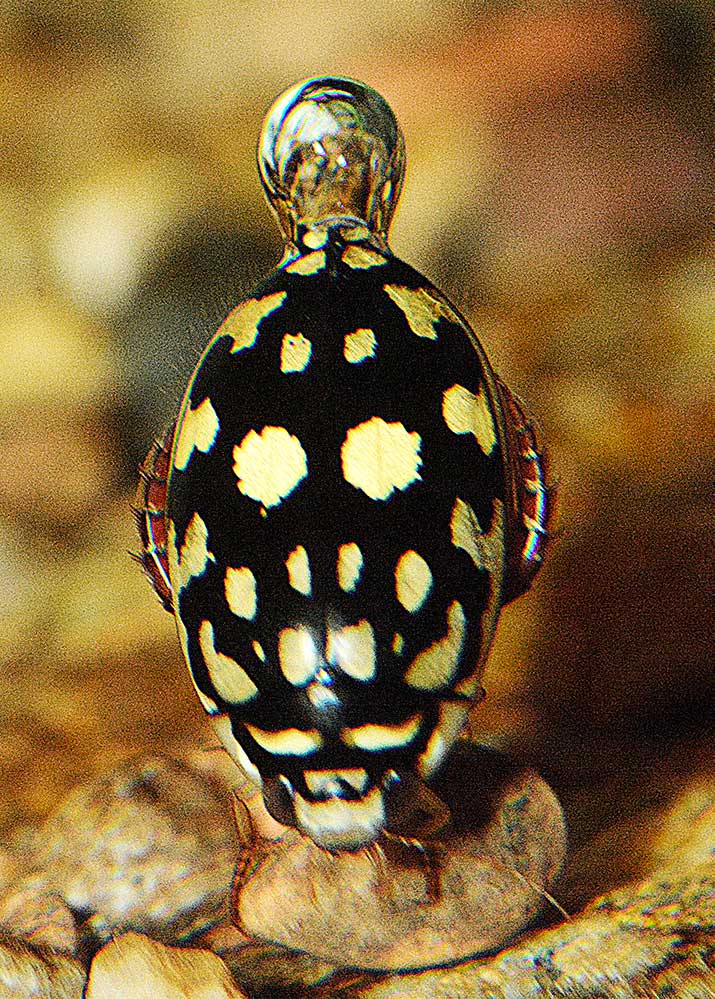 The adult sunburst diving beetle (left) controls its buoyancy by stashing an air bubble under its carapace. The larva (shown here feeding on a blood worm) is also aquatic. Photos by Tad Motoyama (left) and Jamie Pham (right) 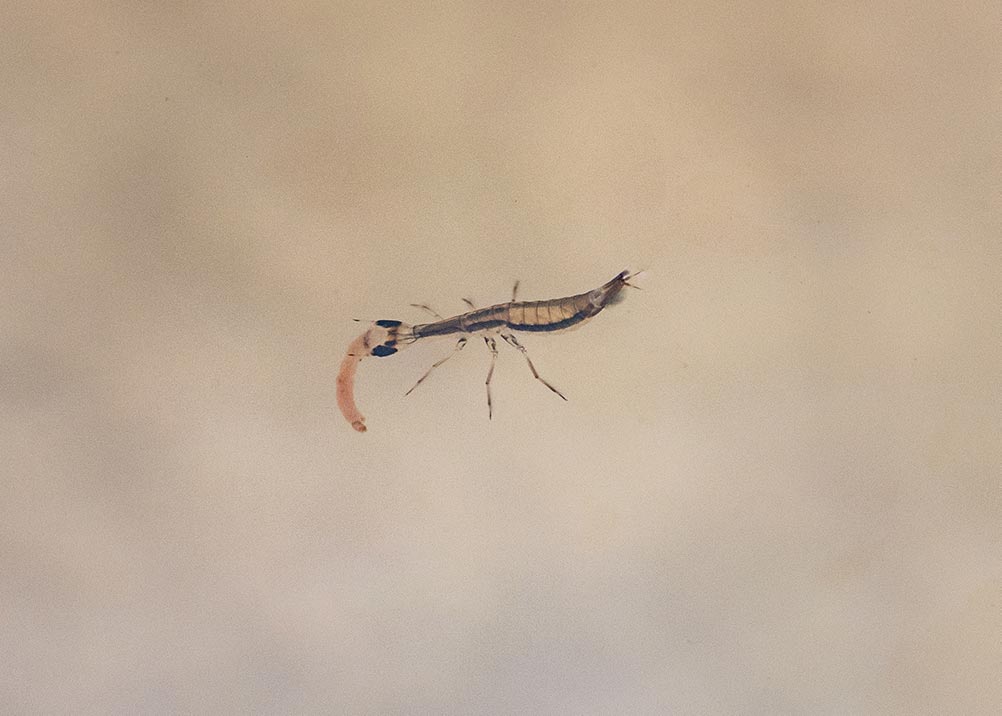 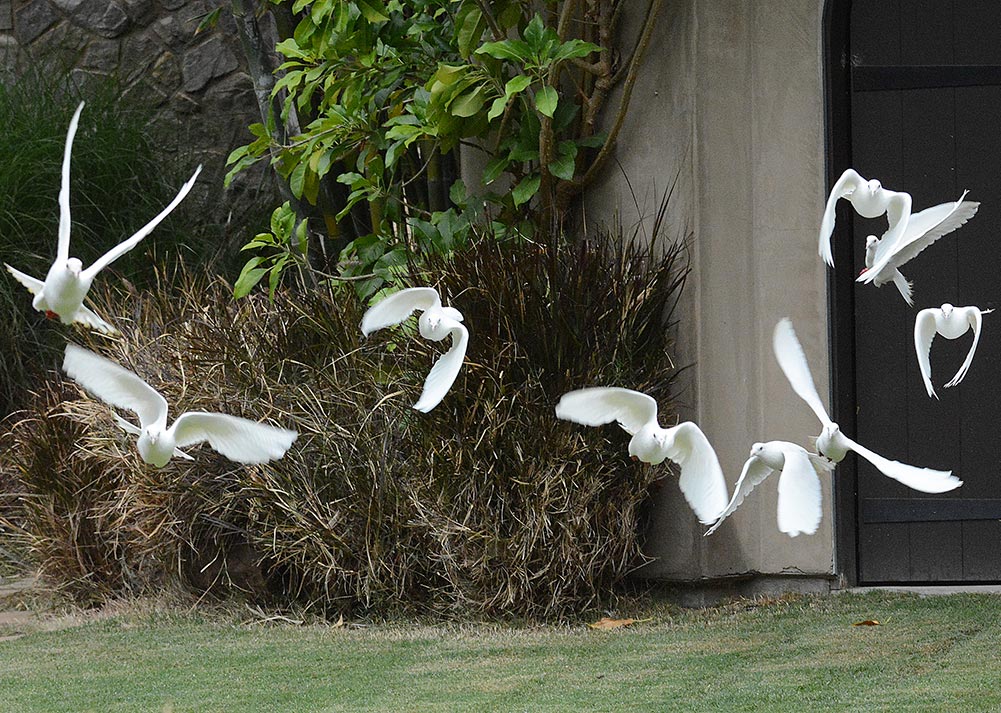 The flock of white rock doves at the World of Birds Show close every presentation with an elegant flourish. Photo by Tad Motoyama 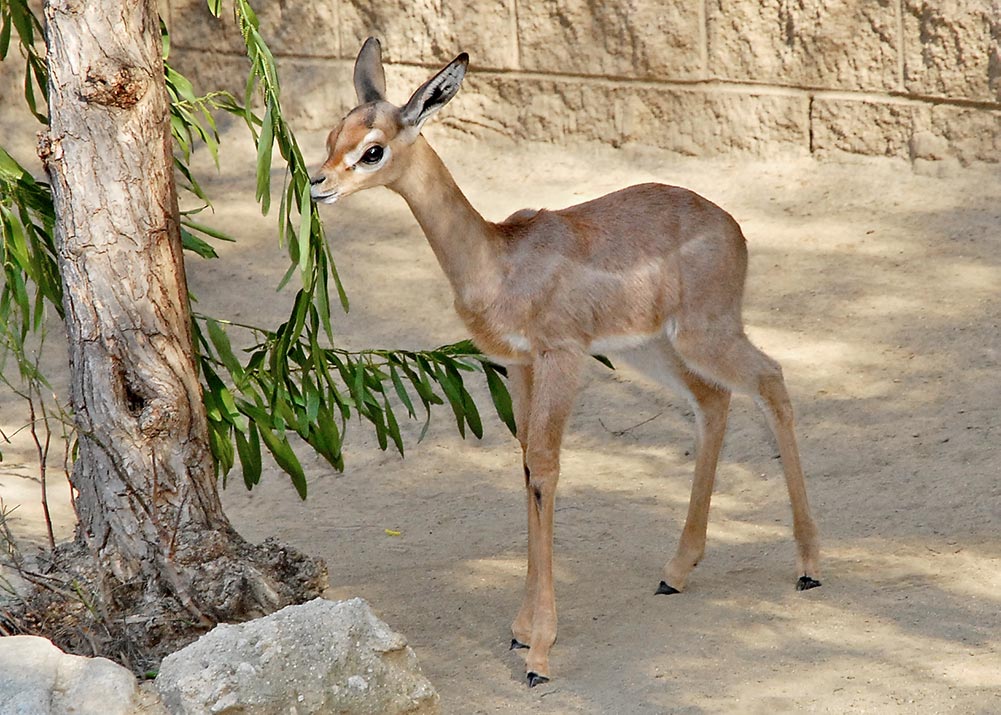 The most recent baby gerenuk can be found in the hoofstock yard in the Winnick Family Children’s Zoo. Photo by Tad Motoyama 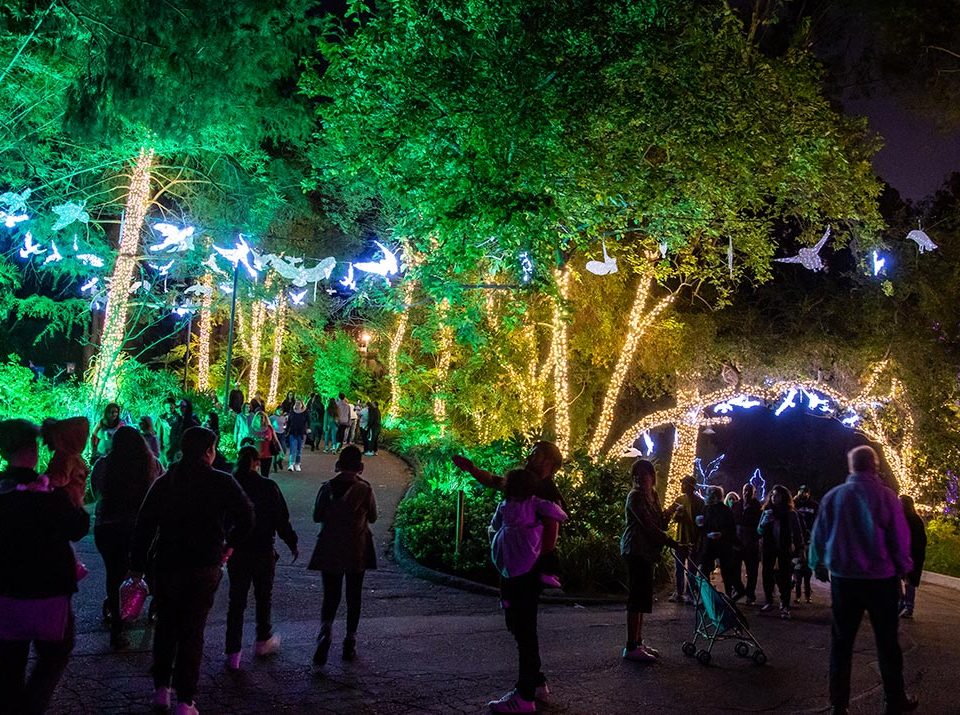 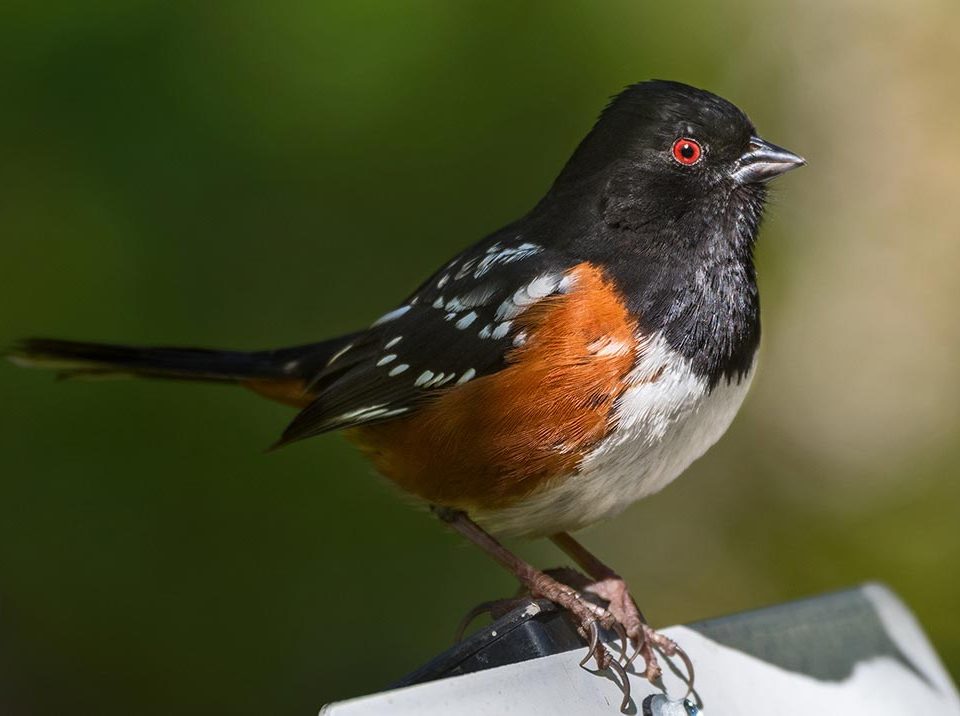 The spotted towhee is one of our most dapper local birds. They can sometimes be found on Zoo grounds scratching in the leaf litter in search of bugs and seeds to eat. Photo by Jamie Pham

YEAR OF THE BIRD… FOREVER! Celebrate birds every day with the L.A. Zoo.