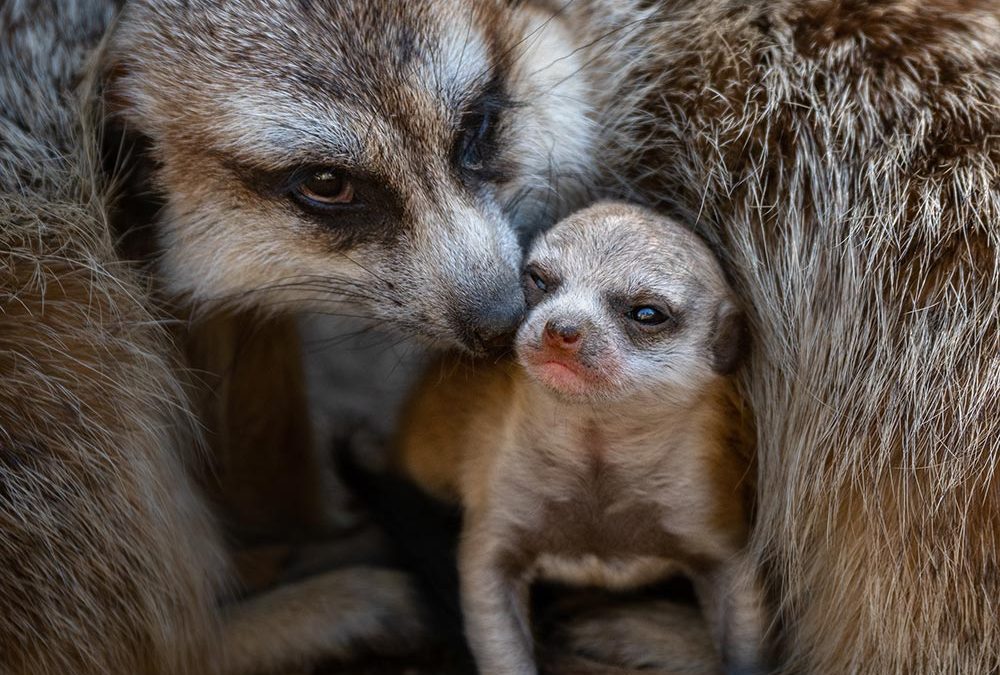 In meerkat social groups, only the alpha male and female breed. Other adults help care for the pups. Photo by Jamie Pham

A group of meerkats is known as a mob or a gang, and the L.A. Zoo’s resident mob has expanded with a pup who made his/her first appearance in mid-March. The exact birthdate is not known because the pups are born in the burrows and do not emerge until they are three to four weeks of age. The entire meerkat mob is taking excellent care of the new addition. The pup, whose sex has not yet been determined, will be out with the mob when the weather is nice, so check out the exhibit during these (mostly) sunny days we are having. 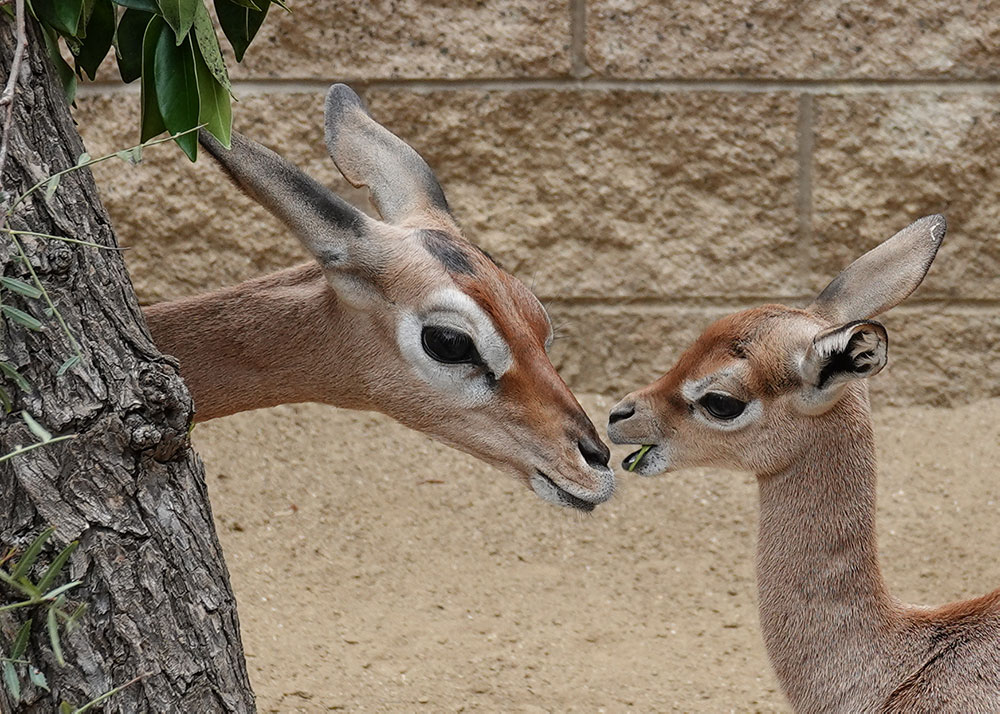 This is the 36th pudu fawn born at the L.A. Zoo. Photo by Tad Motoyama

A female southern pudu was born on March 3. She is doing well with her mother in an off-exhibit area. A male southern gerenuk was born on March 29 and is currently being cared for in the Winnick Family Children's Zoo. Certain hoofstock babies including gerenuk, Speke's gazelles, and duikers routinely spend some of their time in the Winnick hoofstock yard so that they can become comfortable being close to people. They eventually return to their families. 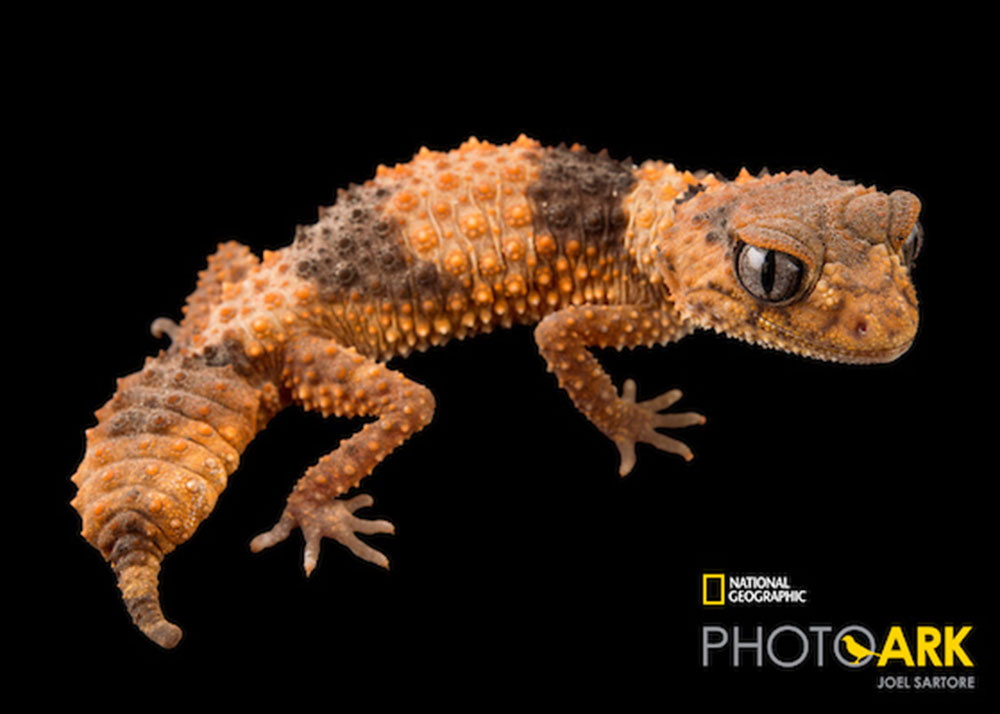 Three knob-tailed geckos hatched in March—these small lizards are common in Australia. The L.A. Zoo first bred this species in 2014 and since then has hatched 52 babies. 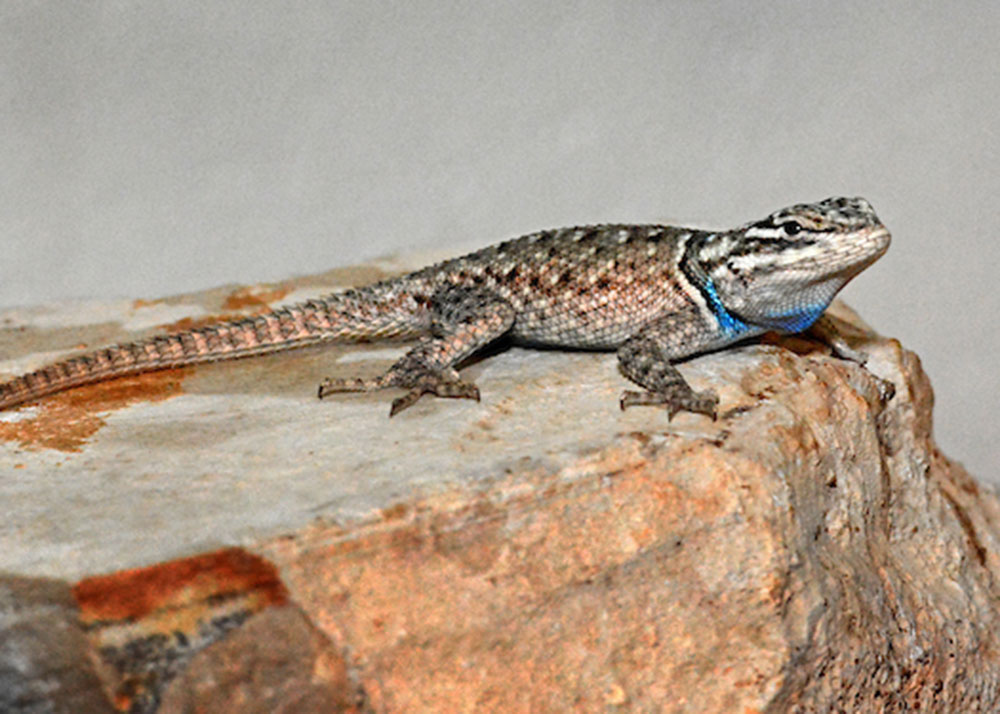 Yarrow's spiny lizards give birth to as many as 14 babies. Photo by Tad Motoyama 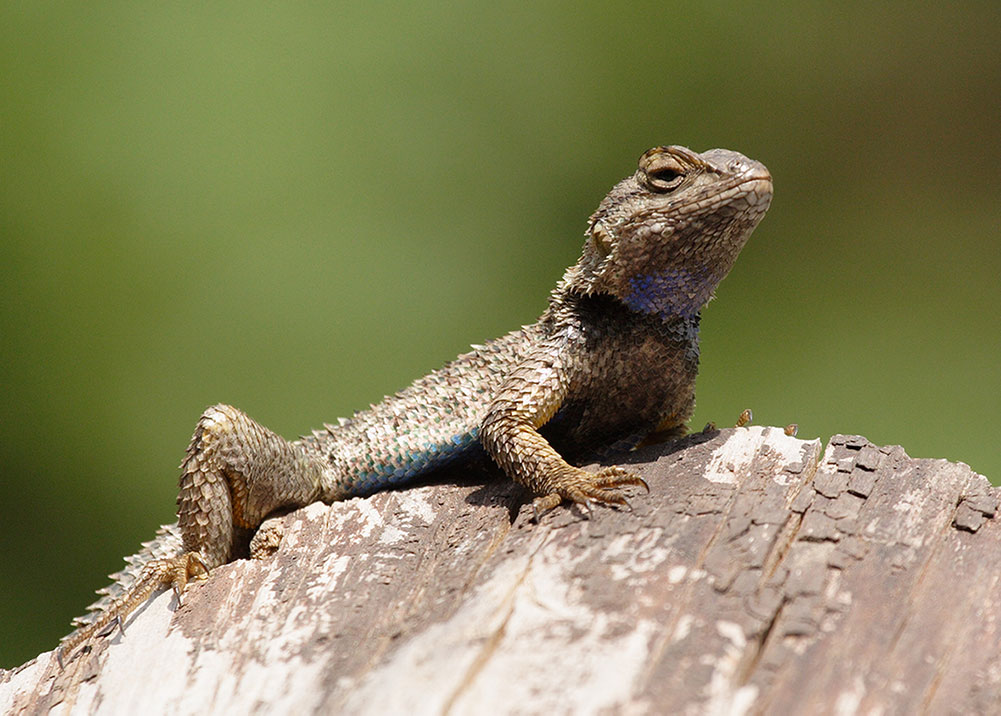 Our local Western fence lizards belong to the same genus as the Yarrow's spiny lizard. Photo by Robert McMillan

Not all lizards lay eggs. Some, for example Yarrow's spiny lizards, give birth to live young. Although the process looks very much like a mammal birth, reptiles do not have wombs, so what actually occurs in some species is the females retain the eggs inside their bodies until the babies are ready to emerge. A litter of 14 Yarrow's spiny lizards were born in March. These small reptiles are relatives of our local Western fence lizards and are native to parts of Arizona. For the time being, all these hatchlings are remaining in off-exhibit areas, cared for by the Zoo's herpetology staff. The Yarrow's spiny lizards will move into the Arroyo Lagarto habitat as soon as they are big enough.

Marsupial babies are born in a partly developed state and must make a long journey into their mothers' pouches, where they complete their development. Symbio Wildlife Park, Wollongong, NSW Australia

Like other marsupials, the new female yellow-footed rock wallaby was about the size of a lima bean at birth and blindly made her way into the mother's pouch, where she will suckle and develop for about seven months. 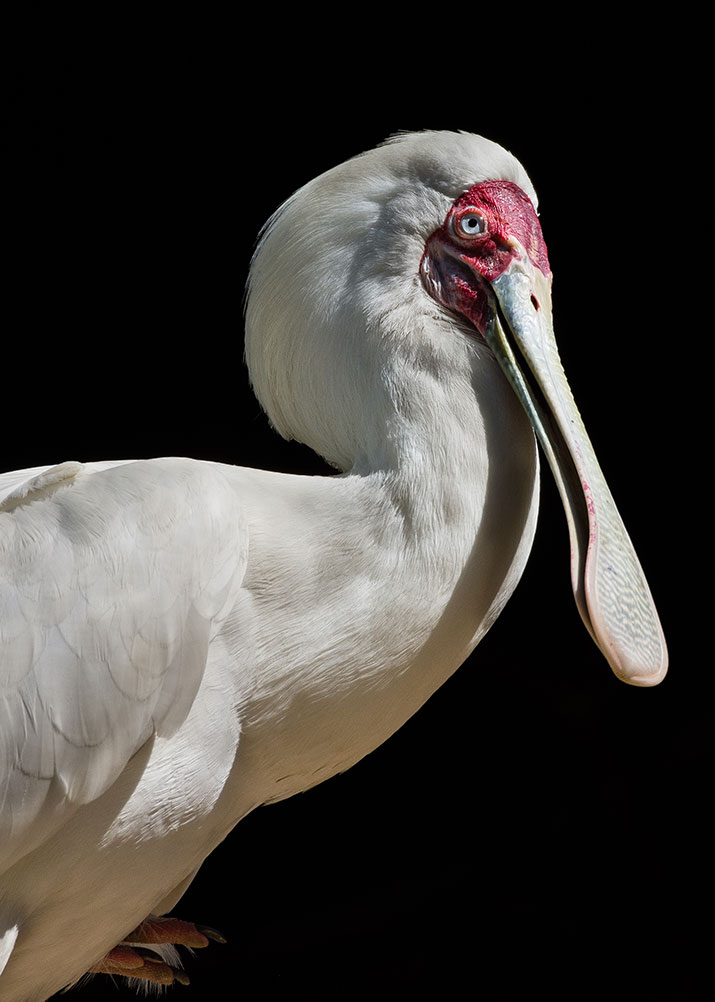 African spoonbills are white as compared with the roseate spoonbill native to the Americas, but both feed on fish, amphibians, and aquatic invertebrates. Photo by Matt Carey

In March, three female African spoonbills arrived from the Houston Zoo. Although the North American species, the roseate spoonbill, is almost as famously pink as are flamingos, these spoonbills are white (as their species name, "alba," indicates). All spoonbills have unique beaks. Large and rounded at the end, and the birds use them to probe the muddy bottoms of waterways, feeling for fish, amphibians, and invertebrates to eat. Once our new African spoonbills complete quarantine, these birds will take up residence in the African Aviary. 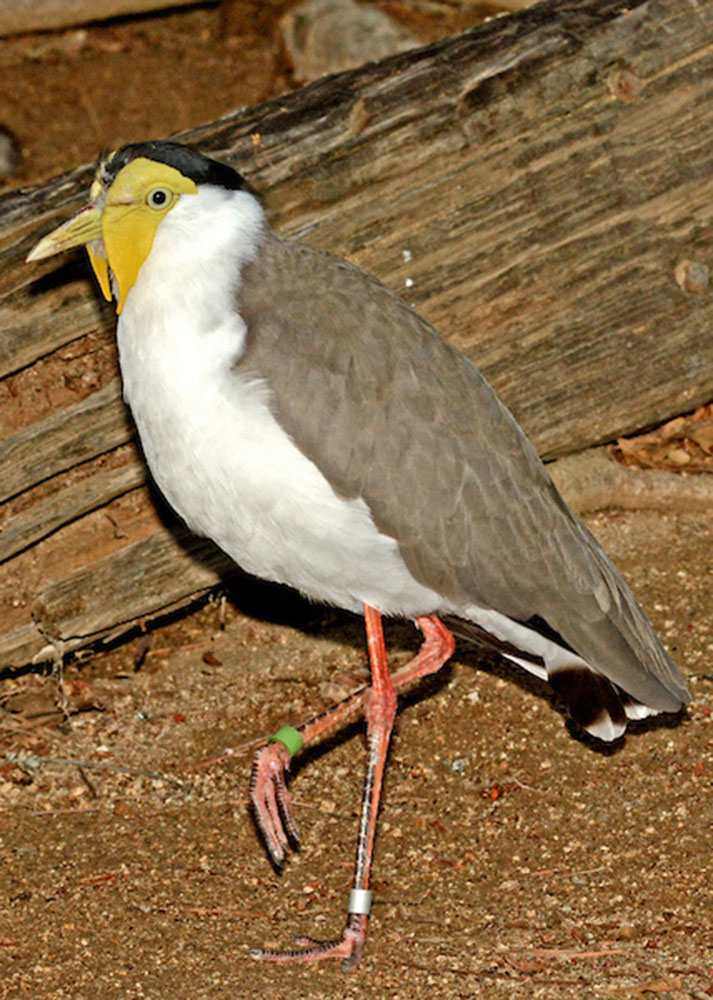 Masked lapwings get their common name from the distinctive wattles that both sexes have. Photo by Tad Motoyama

Masked lapwings are unusual looking birds that occupy a large range and are particularly common in Australia. Both sexes have distinctive yellow wattles, which inspired their common name. These birds also have pronounced "spurs" on their wings. A male masked lapwing arrived in March, and after completing quarantine, he will join the female in the Australasian Aviary. 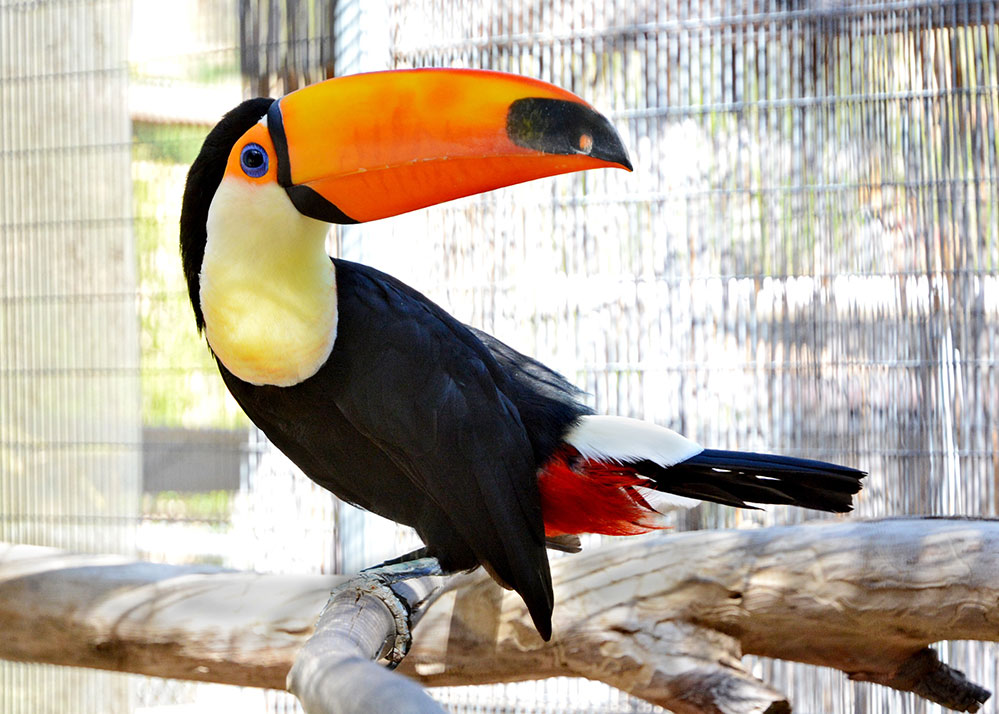 Toco toucans are also known as common toucans and they are widely distributed in South America. Photo by Tad Motoyama

The other avian arrival in March was a male toco toucan, who will eventually become part of the World of Birds Show cast. 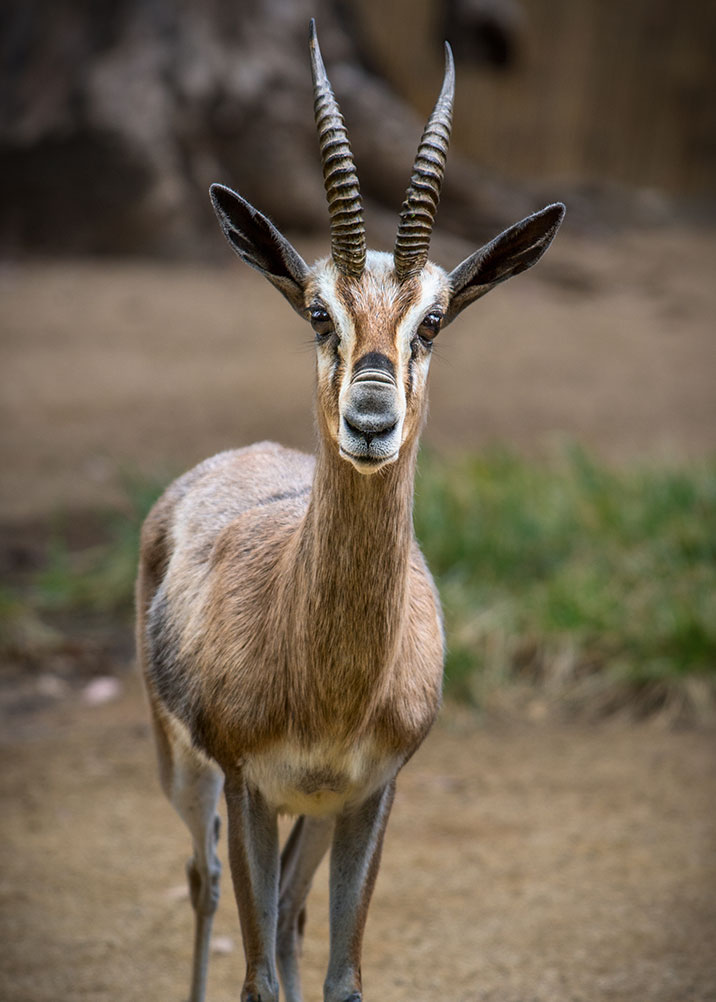 A male Speke's gazelle transferred in from the San Diego Zoo, and will hopefully lead to some offspring for this endangered species. Gazelles are a specific type of antelope—so all gazelles are antelope, but not all antelope are gazelles. 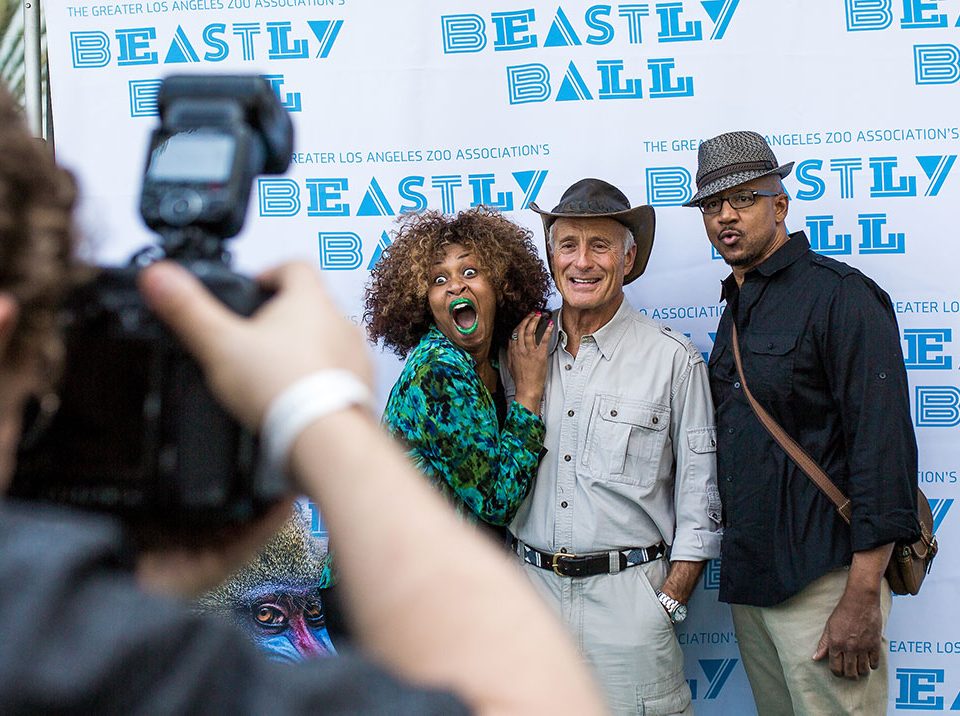 You never know who you'll bump into at the Beastly Ball! Photo by Steven Wood 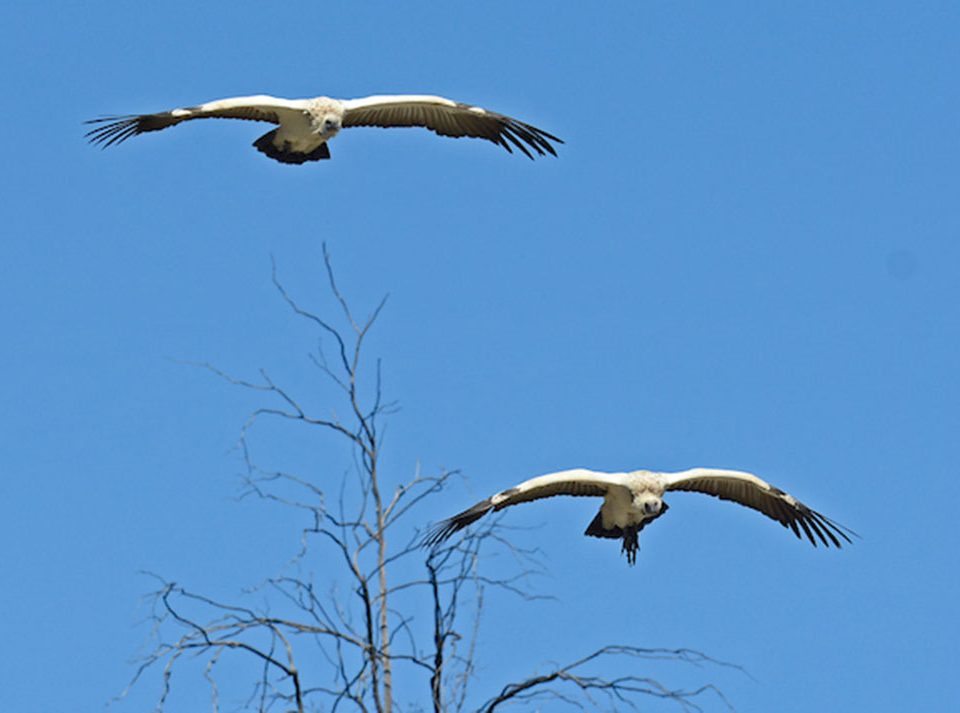 Weather permitting, you can see Cape vultures Thelma and Louise soaring high at the World of Birds Show. Photo by Tad Motoyama