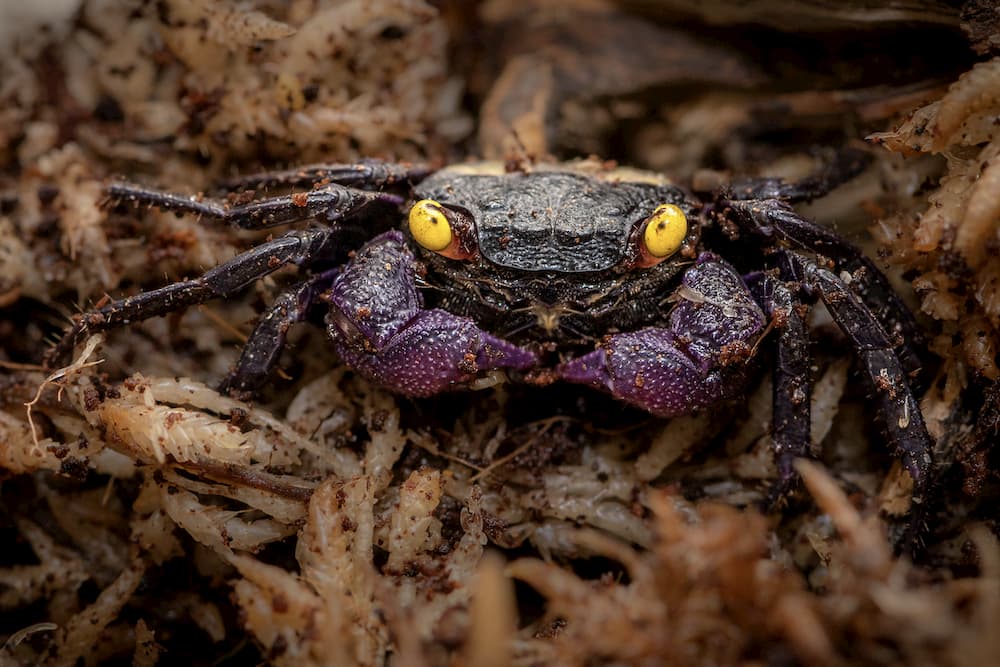 Humans have always been fascinated with animal “superpowers”—from flight to incredible strength, resilience, hunting prowess, and craftiness. Science (our human superpower) has revealed the secrets of some of these powers—but understanding how they work makes them no less super. Thanks to special cameras, we’ve discovered that rattlesnakes and other pitvipers can “see” warm-blooded prey in the dark by using special heat-sensing organs in the pits near their eyes. Other camera lenses have revealed that bees, birds, and other pollinators can see ultraviolet light and that plants communicate with many of them using colors in these wavelengths. Certain recording equipment can convert the echolocation calls of insectivorous bats into frequencies that humans can hear, enabling us to learn how these flying mammals locate their tiny prey in the dark and to identify distinct bat species by their sounds.

With the arrival of autumn and Halloween on the horizon, we’re spotlighting some of the animals associated with the season. These invertebrates are often regarded as creepy crawlers but once you learn how their super-natural powers work, you’ll recognize them as “Spookyheroes.”

More than 50 species of vampire crabs are found in Southeast Asia. These small freshwater crabs are harmless to humans—the spooky name comes from their bulgy yellow eyes that contrast with their colorful carapaces. With many crab species, the eggs hatch into free-swimming larvae called zoea that molt (shed their skins) several times before reaching their adult, terrestrial form. Vampire crabs go through their early developmental stages inside the eggs and hatch out as tiny crabs that are almost impossible to see with the unaided eye. So, these vampires can venture onto land as soon as they hatch! 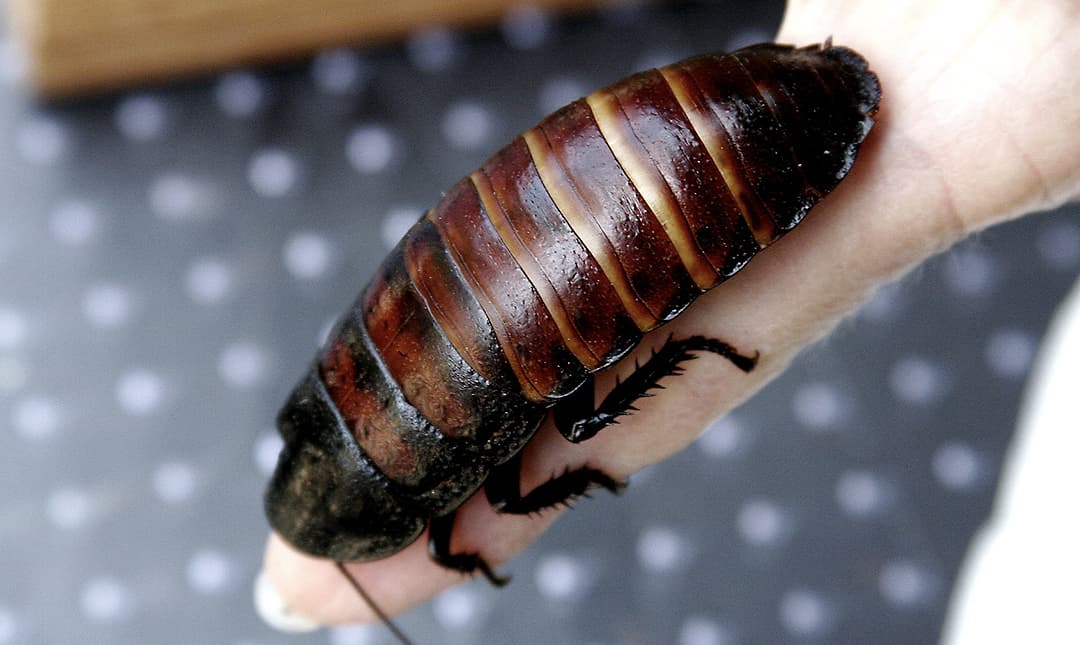 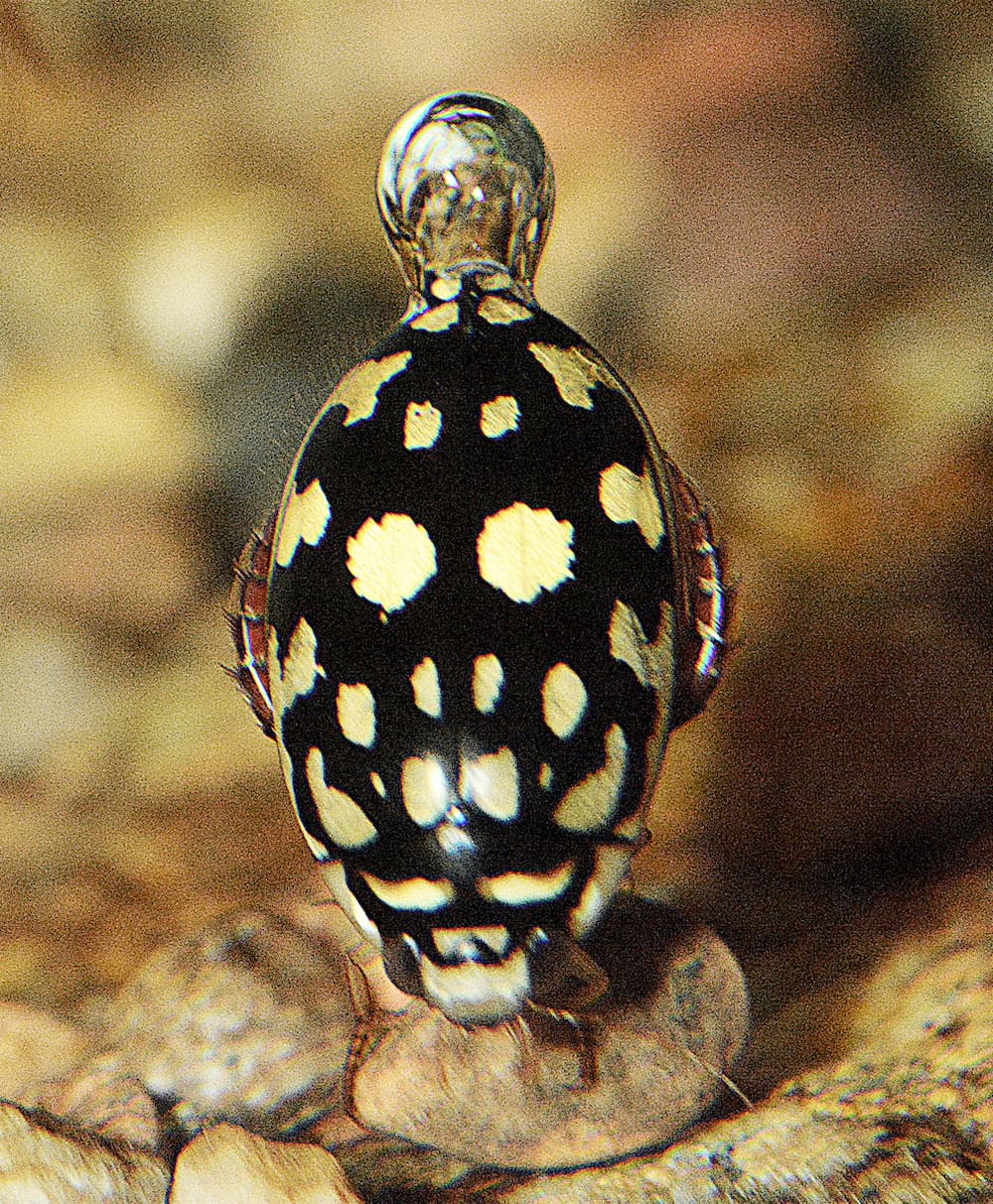 Carrying their air supply with them, sunburst diving beetles can remain under water for several minutes. Photo by Tad Motoyama 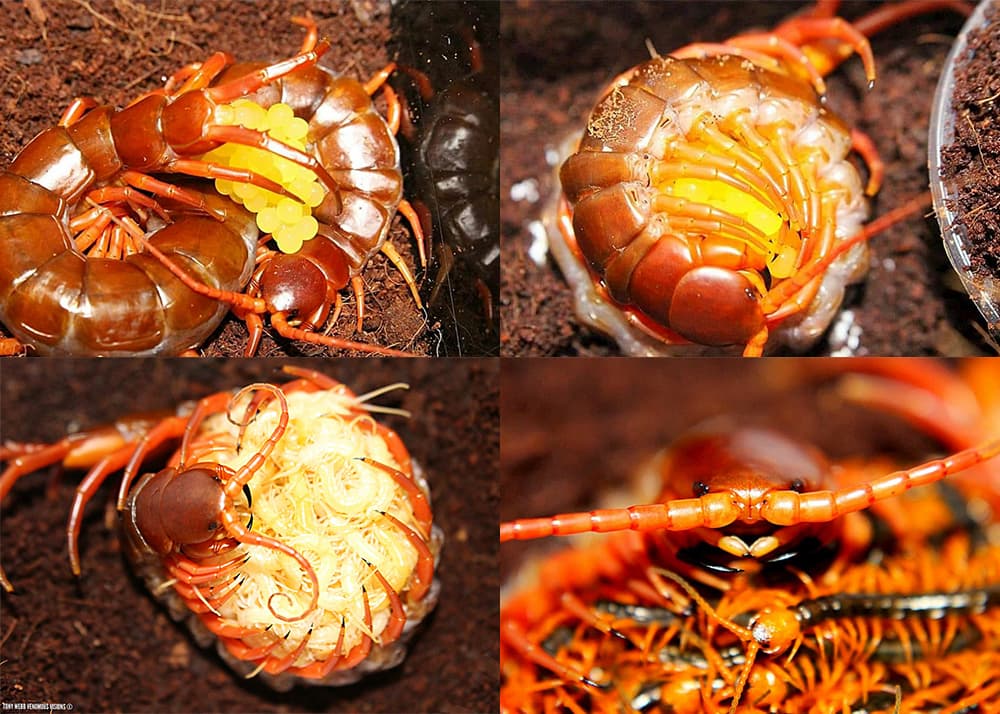 Many species of giant centipede are found in warmer regions around the world. In most species, females demonstrate maternal care of eggs and neonates. Photos courtesy of Tony Webb/Venomous Visions

Growing up to eight inches in length and living up to five years, Sonoran giant centipedes are a bit intimidating, but did you know that they are super parents? Centipede mothers will coil around their eggs, grooming them, which protects them from predators and mold growth. After two months, the eggs hatch, and she cares for them for a few days before they disperse. 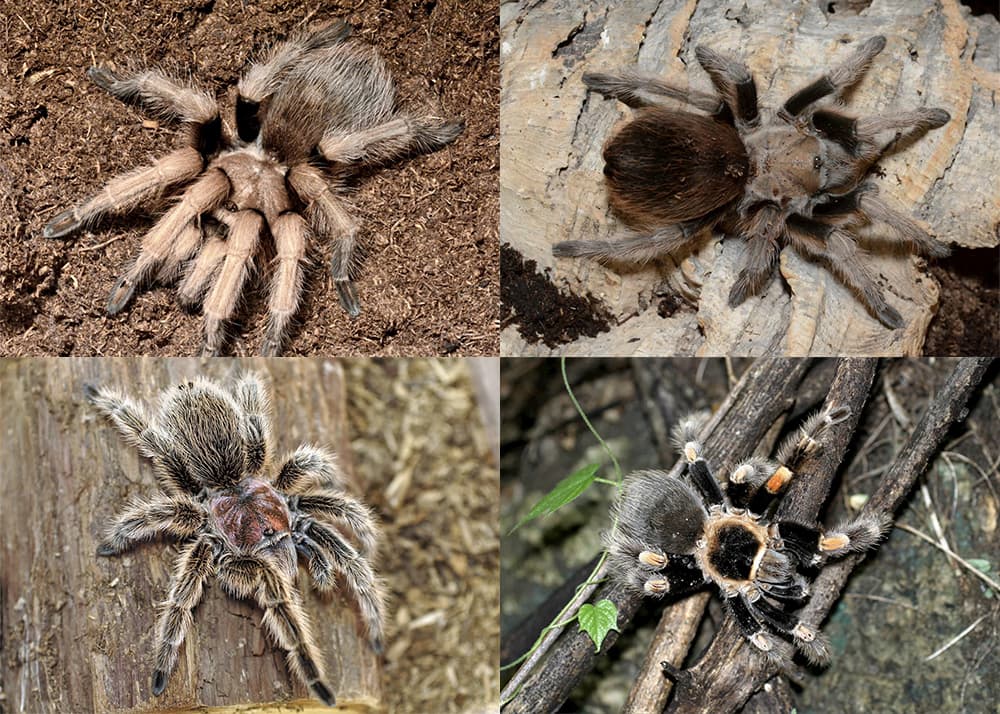 Tarantulas have many superpowers—from the ability to make stronger-than-steel silk, to defensive hairs and venom that may help people with chronic pain. Photos by Tad Motoyama, Jamie Pham, and Ian Recchio

Tarantulas share the same superpower that all spiders possess: the ability to produce different types of silk. Some silk is sticky for trapping prey or clinging to surfaces. Other silk is sturdier for reinforcing the tunnels where ground-dwelling tarantulas live. Ounce for ounce, spider silk is stronger than steel, and it took humans decades of research to figure out a way to make spider silk without spiders, which are all but impossible to raise in a farm setting. Transgenic goats produce milk that contains spider silk protein that can easily be extracted. All the tarantulas at the L.A. Zoo are New World species from the Americas, which means they have an additional superpower—they can defend themselves by flicking special hairs on their backs at potential adversaries. These hairs are covered with microscopic barbs that cause them to lodge in skin, causing pain and itching. And if that doesn't repel an attacker, tarantula venom is neurotoxic, which makes it scary—but no human deaths from tarantula bites have been recorded. In fact, a mini protein found in tarantula venom is being developed as a powerful pain reliever that could serve as an alternative to opioids with fewer side-effects. 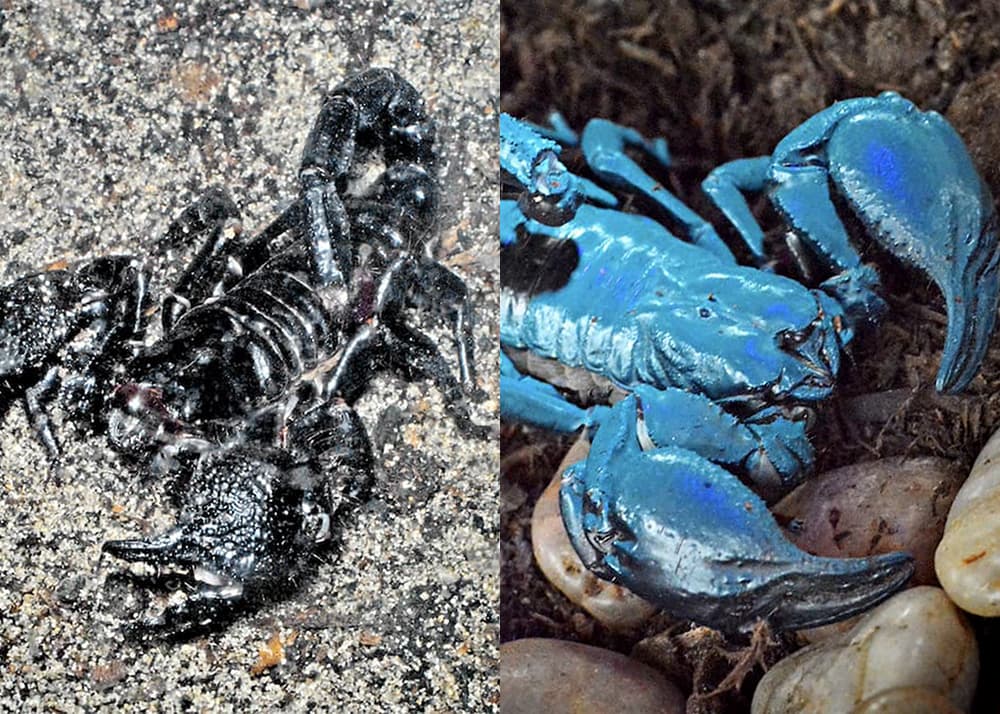 The exoskeletons of most scorpions glow under black light. Photos by Tad Motoyama

Emperor scorpions average eight inches in length and weigh about an ounce, four times heavier than California's most common scorpion (Hadrurus arizonesis). In addition to its super-size, the emperor scorpion glows in the dark! When exposed to UV light, the exoskeletons of most scorpions will glow fluorescent blue or green. This luminous layer is so durable that fossilized scorpions that are millions of years old still fluoresce! It’s not clear what the purpose of this adaptation is. It may help individuals find or avoid one another or it may serve to confuse their prey. One thing we do know is that they would definitely light up a party! 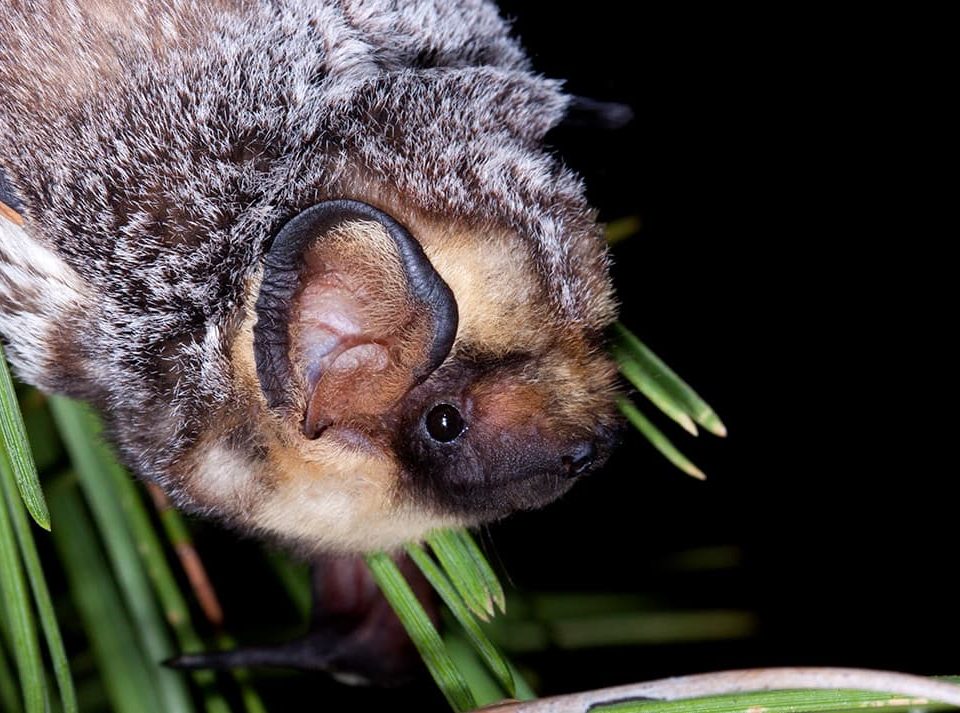 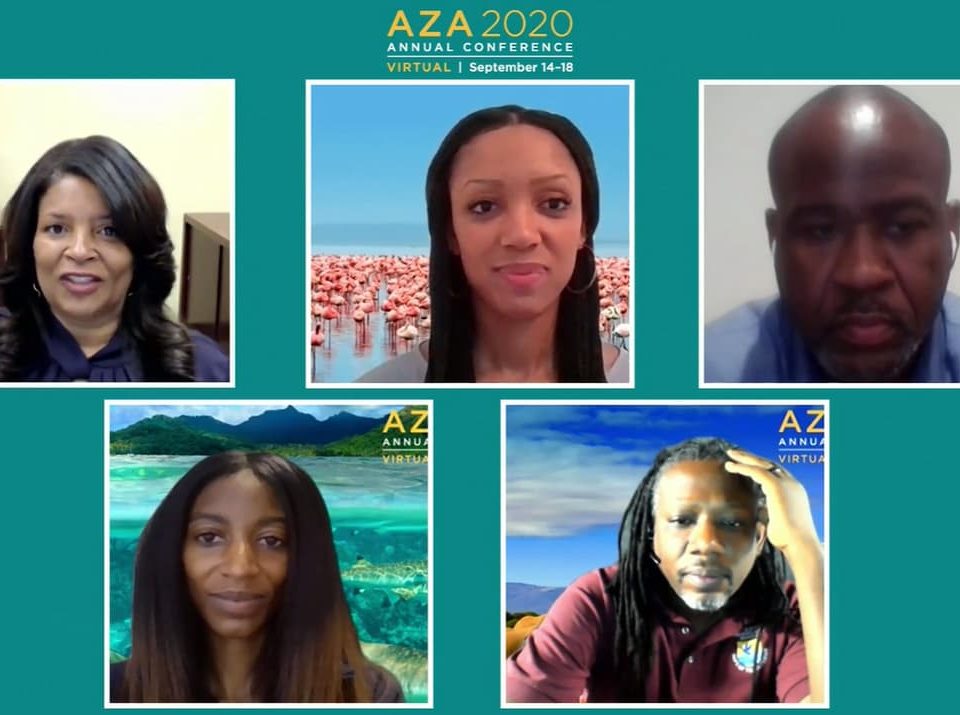 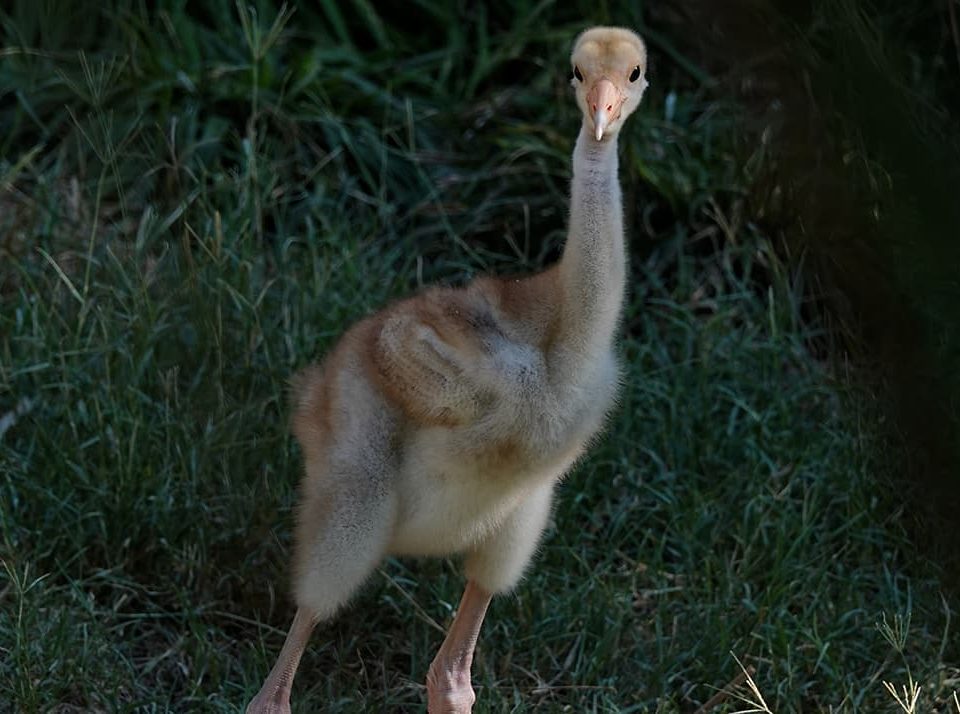