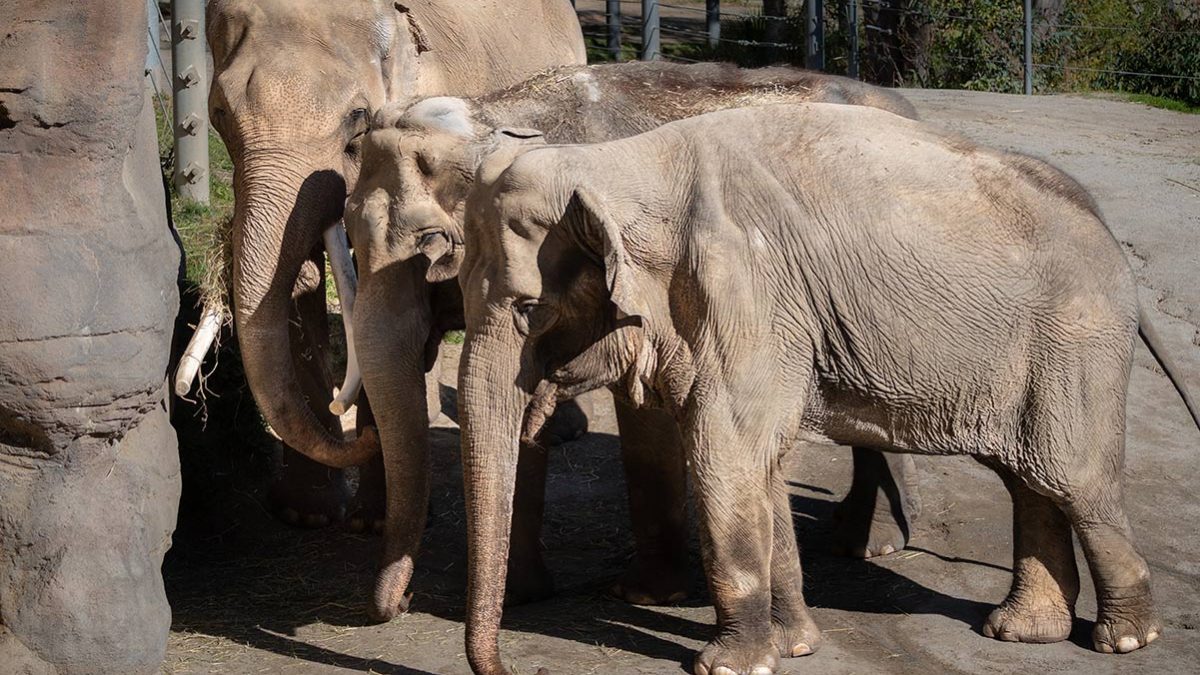 The Zoo's elephant herd has a new range of opportunities to socialize. Photo by Jamie Pham

For several years, the Los Angeles Zoo elephant care team has been working to elevate the welfare and husbandry of the Elephants of Asia residents by slowly bringing them together in one physical space. Preparations included creating a long-term plan, hiring and training additional staff, consulting with other AZA-accredited zoos, making exhibit changes to accommodate the introductions, and ensuring the female elephants are comfortable with each other before introducing them to Billy.

"It is really exciting to see the elephants interacting together," comments Director of Animal Programs Beth Schaefer. "This is an elephant program goal that we have been working toward for years. Having all the staff in place to be able to accomplish this has been key and, of course, Billy is such a great bull. His behavior is very appropriate and has been crucial in the ongoing success of the herd having the opportunity to interact in one space."

Introductions became the primary focus when Shaunzi arrived in 2017 from the Fresno Chaffee Zoo. It was crucial to give her the space and time she needed to acclimate to her new home, care team, and herd. For several months, Shaunzi had her own space, physically separate from Tina, Jewel, and Billy. Because all three females are post-reproductive and Billy is still a breeding male, the team felt it necessary to keep Billy apart from all three cows for their safety as they are not able withstand breeding behavior. All four elephants were able to make visual contact, communicate with each other, touch trunks, and be near each other, though separated by physical barriers. In early 2018, the team began introducing Shaunzi to Tina and Jewel. Over the next two years, they became comfortable enough with each other to share space in the barn at night as well as the same yard during the day.

It was important to first ensure that Tina, Jewel, and Shaunzi were comfortable together before introducing them to Billy. Photo by Tad Motoyama

Last August, the elephant care team began weekly introductions with Billy, Tina, Jewel, and Shaunzi together. These interactions were closely monitored to ensure each elephant was comfortable and safe. Each had open access to remain in the introduction area or go off on their own. Observations indicated that Billy has no interest in breeding with Tina and Jewel, and their interactions were uneventful. Shaunzi remains very timid and keeps her distance from Tina, Jewel, and Billy. She is given the same access to other areas of the habitat, which allows her to exit the interactions if she chooses. All four elephants now have socialization options that mirror those they would have in the wild. These introductions do not happen daily but are based on staffing and other important factors. Guests who visit Elephants of Asia on days where the herd has the option to be together may see the herd eating, roaming, and engaging with each other. The habitat is vast and the elephants are free to roam, so the animals may also choose to spend time apart.

"I think with the success we've had so far, we've proven the animals can be brought together in a safe and thoughtful way," comments Elephant Manager Pat Maluy. "The habitats in the Elephants of Asia were well planned with the idea that design can help facilitate safe introductions. This design factored in the complexity and flexibility of the exhibit in order to make the space more conducive to introductions and enrichment. The design allows the animals to choose to be together or not and it allows animals to be out of sight of one another or feed together when they want. Our success will allow the L.A. Zoo to expand future opportunities for the herd." 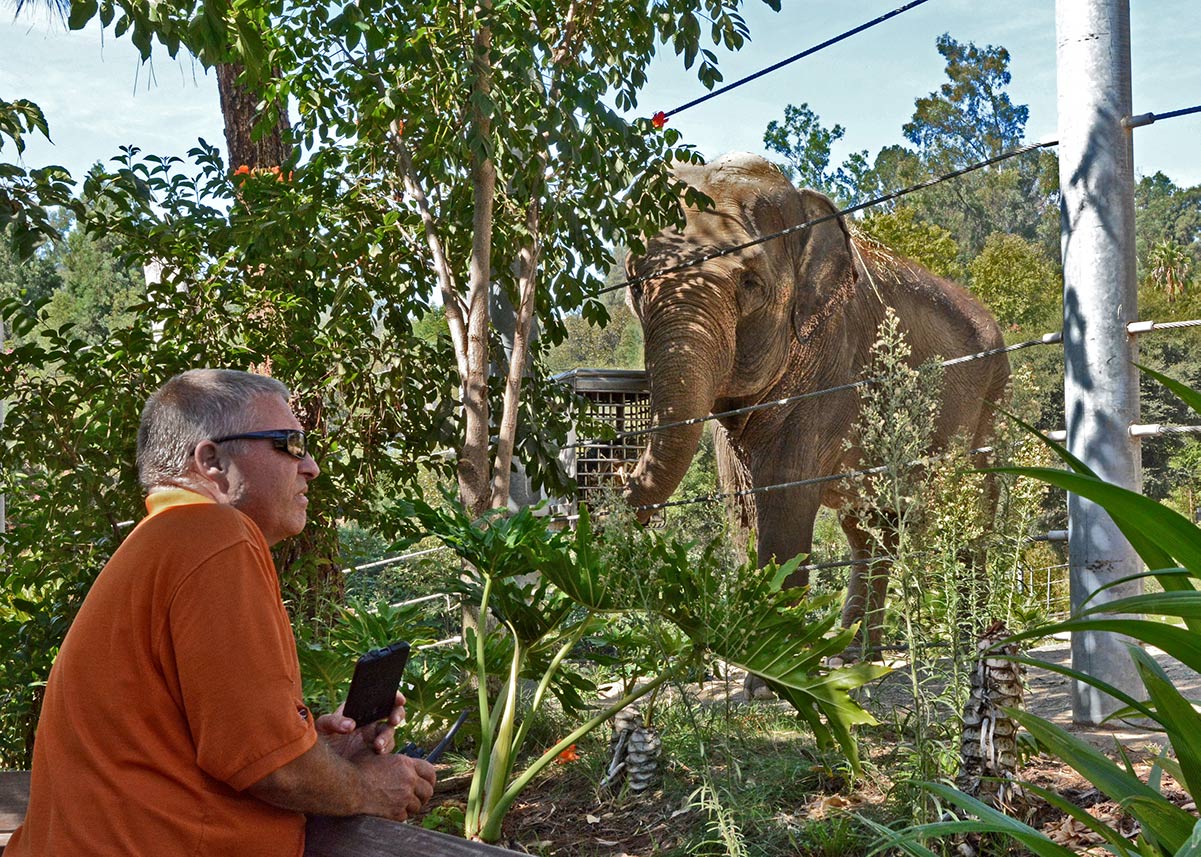 Elephant care specialist Scott Haist interacts with Asian elephant Tina. The relationships between the elephants and their human herd members are equally important to the introduction process. Photo by Tad Motoyama