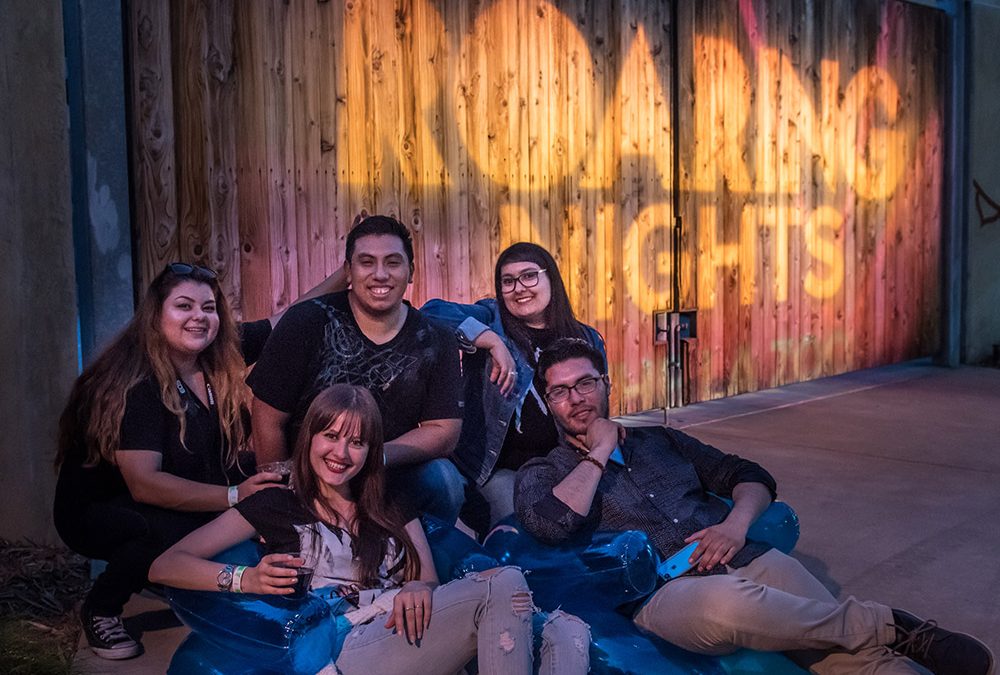 No wild evening is complete without animal encounters. Photo by Jamie Pham

Enjoy fun and games along with music and food truck fare. Photo by Jamie Pham

“From the outside, it’s surreal to see all those people dancing, but not hear any music.”

One of the additions for this season is a glamping (glamorous camping) lounge area called the Watering Hole, which features specialty cocktails and classic outdoor games like cornhole in a rustic, open-air setting.

Also launching this year is an optical-illusion art gallery, where wildlife-inspired artworks seem to come to life. Guests can snap pictures of themselves appearing to feed a giraffe, holding their arms out for a passing toucan to perch on, or laughing with a hippo.

An experience that proved wildly popular in the past—the “silent disco”—is back this year, at all four Roaring Nights events. Guests at the designated dance area pick up their own LED-lighted headphones and can choose to listen to any of the three different DJs spinning simultaneously. “From the outside, it’s surreal to see all those people dancing, but not hear any music,” says Associate Director of Special Events Melissa Grossenbacher. “But once people get the headphones on and dive in, the immersive experience takes over and it’s a lot of fun.”

Another hit from the 2017 season that’s returning this year is an expanded event route covering more of the Zoo until 8 p.m. You’ll also find pop-up keeper talks for fascinating insights on some of our most popular residents, and animal discovery stations for up-close encounters with smaller critters.

“Some of our favorite acts are returning, and we’re really excited.”

In the latter half of the evening, the focus shifts to music. DJ Richard Blade will headline the first and last nights of the series, on June 29 and September 14. “I am coming back to the L.A. Zoo,” the legendary DJ and ’80s icon says, “and I could not be more excited, because it was such a blast last year.” And we’re happy to feature once again the high-energy antics of Saved by the 90s on July 20 and country swagger of Highway Starr on August 17. “The idea is that guests first explore the Zoo, focusing on the animals and some of the amazing people that care for them,” says VP of Marketing and Communications Kait Hilliard. “Then, when the summer sun sets, it’s all about the music. Some of our favorite acts are returning, and we’re really excited.” Hilliard adds, “Of course, the great food and drinks are available all night long.”

Roaring Nights’ safari for the senses will feature some of L.A.’s most popular food trucks, including the Grilled Cheese Truck, Mandoline Grill, Rice Balls of Fire, Austyn’s Burger, and many more.

Members save $5 on admission to Roaring Nights events. Purchase tickets at the member window or online using the member discount code, which is distributed via email.

Looking for yet another reason to “roar” with us this summer? How’s this: Like all our nighttime events, Roaring Nights supports the L.A. Zoo and our global conservation efforts. For more nighttime fun, save the date for August 3—Brew at the Zoo! 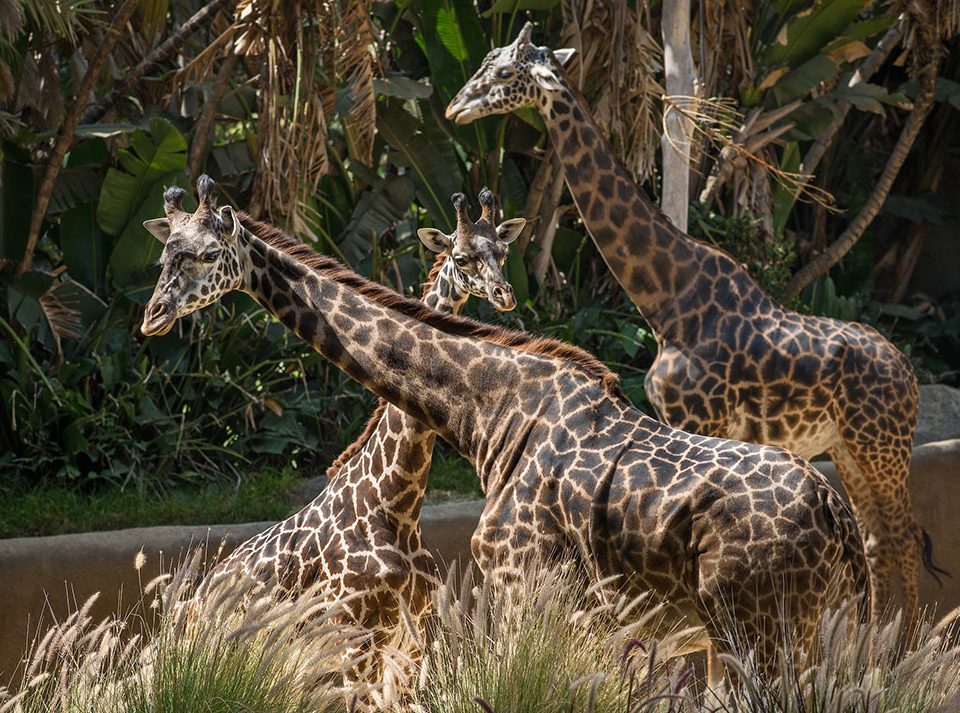 Laurie and George celebrated their 50th anniversary at the Zoo. Photo courtesy of the Stoneman family