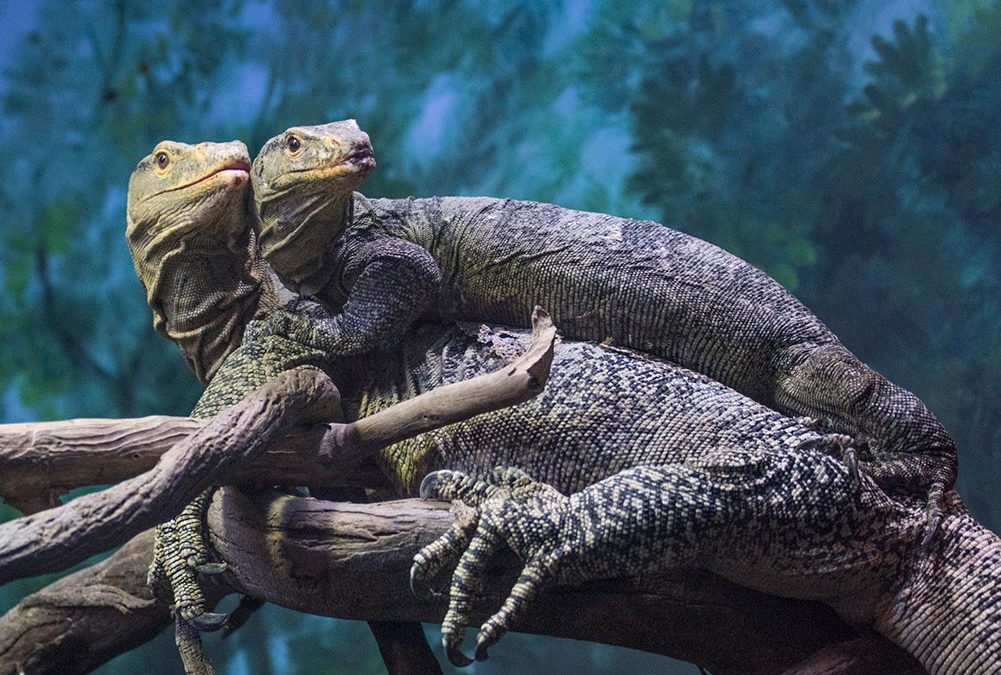 Hopefully this new butaan pairing will result in a new genetic line. Photo by Susan Pearson

In October, a new female Gray’s monitor lizard, or butaan as it is called in its native Philippines, arrived from the Oklahoma Zoo. After she completed quarantine, she was paired with one of the males currently at the Zoo in hopes of establishing a new bloodline. The most recent clutch of butaan eggs laid at the Zoo—the fourth since the herpetology staff began working with the species—completed hatching in March 2018.

Though the butaan bears a distinct family resemblance to its imposing cousin, the Komodo dragon (and also ranks as one of the world’s ten largest lizards), it leads an elusive, largely arboreal existence in dense forest habitat. Its secretive ways make it a challenging species to study. It was, in fact, believed to be extinct for about a century until a small population was discovered in the Philippines during the 1980s.

Few zoos house this species, and, in 2014, when one of the L.A. Zoo’s three females laid a clutch of fertile eggs, we became the first zoo in the U.S. to successfully breed and then raise a litter. Offspring from the Zoo’s original breeding pair were sent to several AZA-accredited zoos, making it possible to share and expand upon this conservation success. “We even have preliminary plans to send some of our captive-hatched butaan to the Philippines to act as educational ambassadors,” Curator of Reptiles Ian Recchio explains. “Of our herpetology staff’s many accomplishments, the successful hatching of multiple clutches of butaan is really our crowning achievement.” 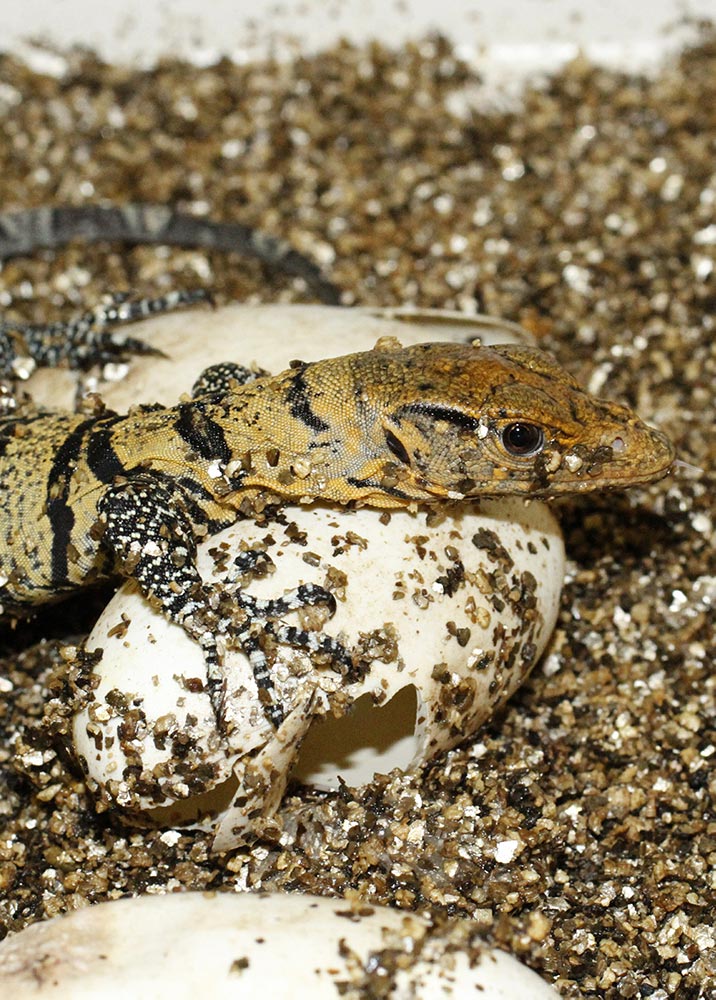 One of many baby butaans that have hatched at the L.A. Zoo. Photo by Ian Recchio

The L.A. Zoo’s accomplishments with both butaans and Komodo dragons have garnered interest around the world. In October, Curator of Reptiles and Amphibians Ian Recchio traveled Down Under, where he was the featured speaker at the Australian Association of Zoos and Aquariums TAGs (Taxon Advisory Groups) and International Large Varanid Workshop in Alice Springs. The workshop focused on both the wild ecology and the captive management of Komodo dragons and other large varanids (the scientific name for monitor lizards). 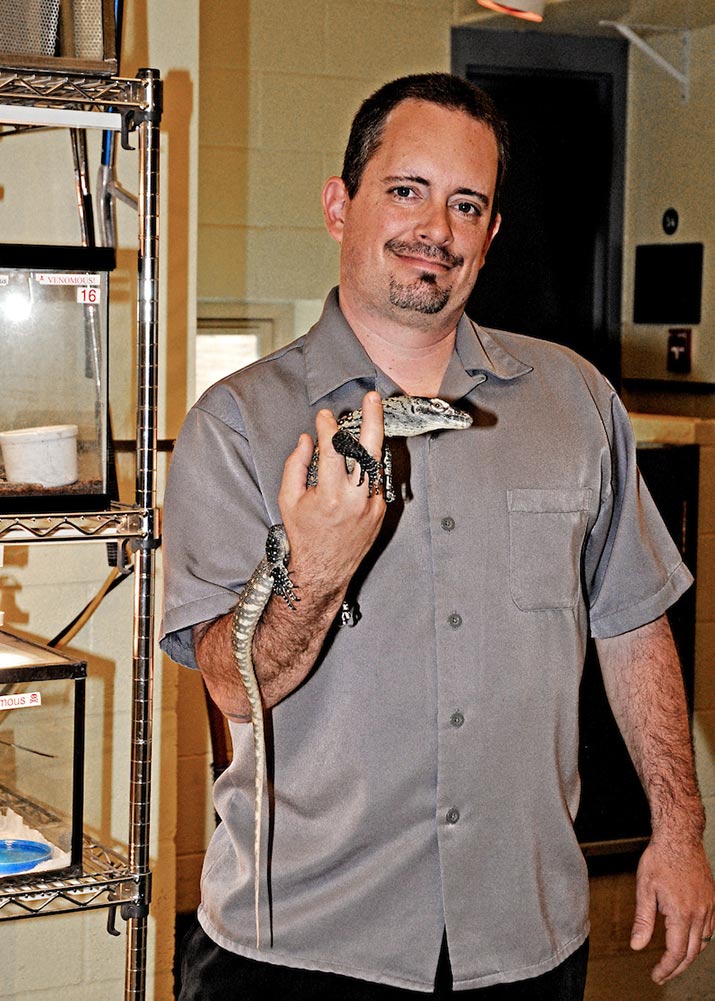 In addition to its success with the butaan, the L.A. Zoo herpetology staff also distinguished itself in its work with Komodo dragons, having incubated and hatched three clutches of eggs. Photo by Tad Motoyama 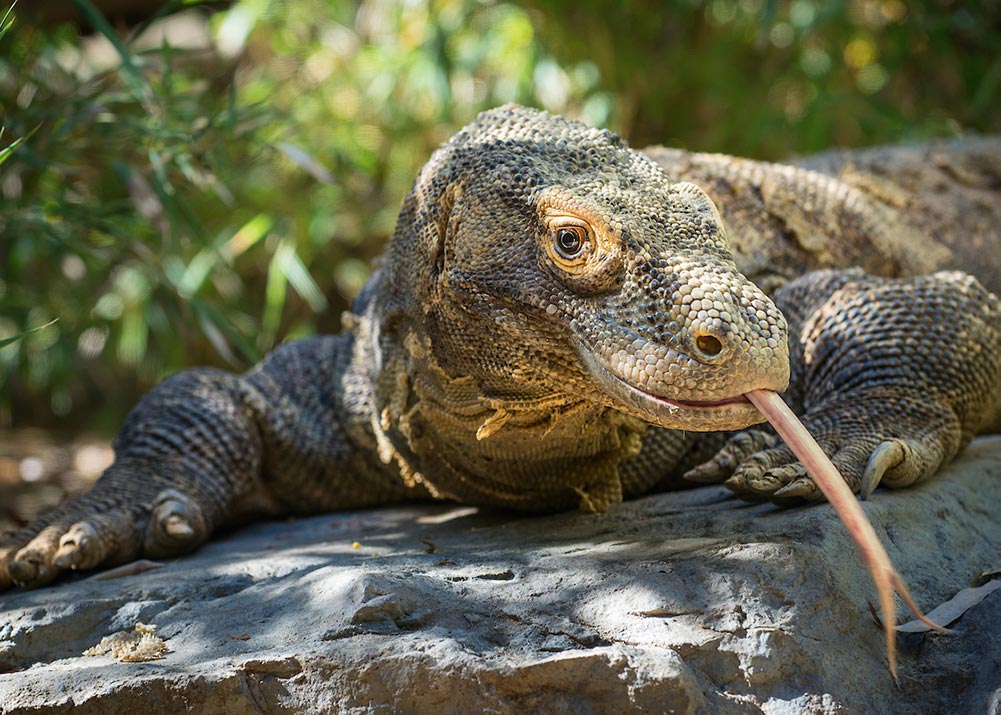 Komodo dragons, like the butaan, are monitor lizards or varanids. Photo by Jamie Pham

Recchio gave three talks and was also selected to be on a Komodo dragon specialists panel for a conference roundtable discussion of Komodo husbandry and breeding strategies.

“All of the Komodo dragons in Australian zoos now were hatched at the Los Angeles Zoo,” says Recchio. “They are about to import unrelated dragons from Europe to pair with all of them, so there was great interest in the techniques and strategies we used to achieve all our breeding successes.” 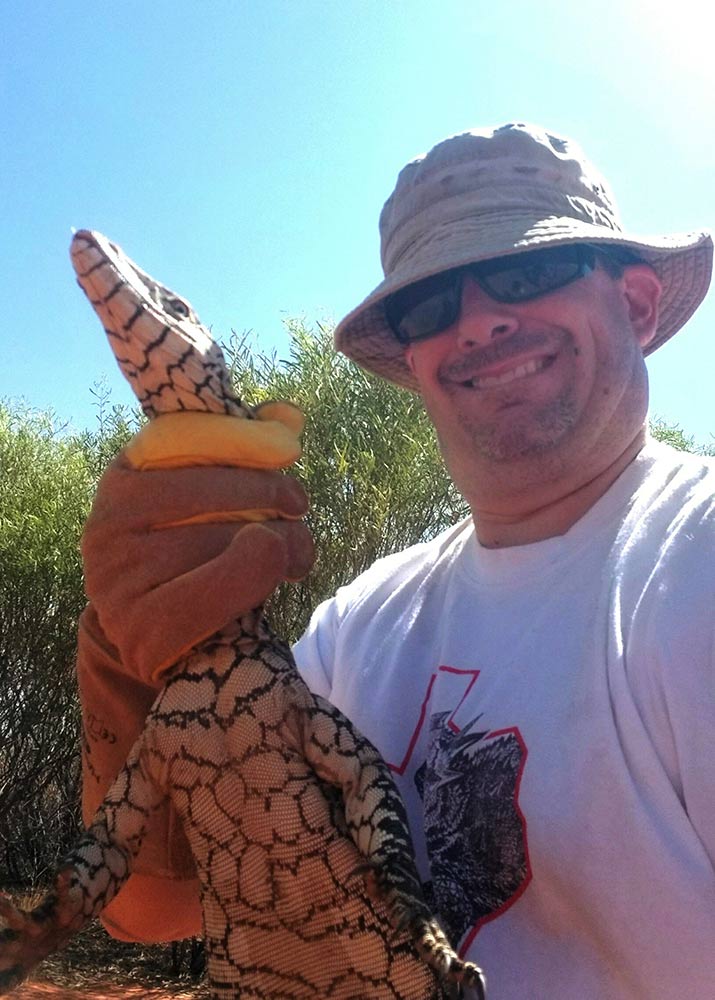 Curator Ian Recchio helped capture and tag a wild perentie monitor in Australia. You can find this species in the Zoo’s Australia section, sharing an exhibit with the Komodos. Photo courtesy of Ian Recchio 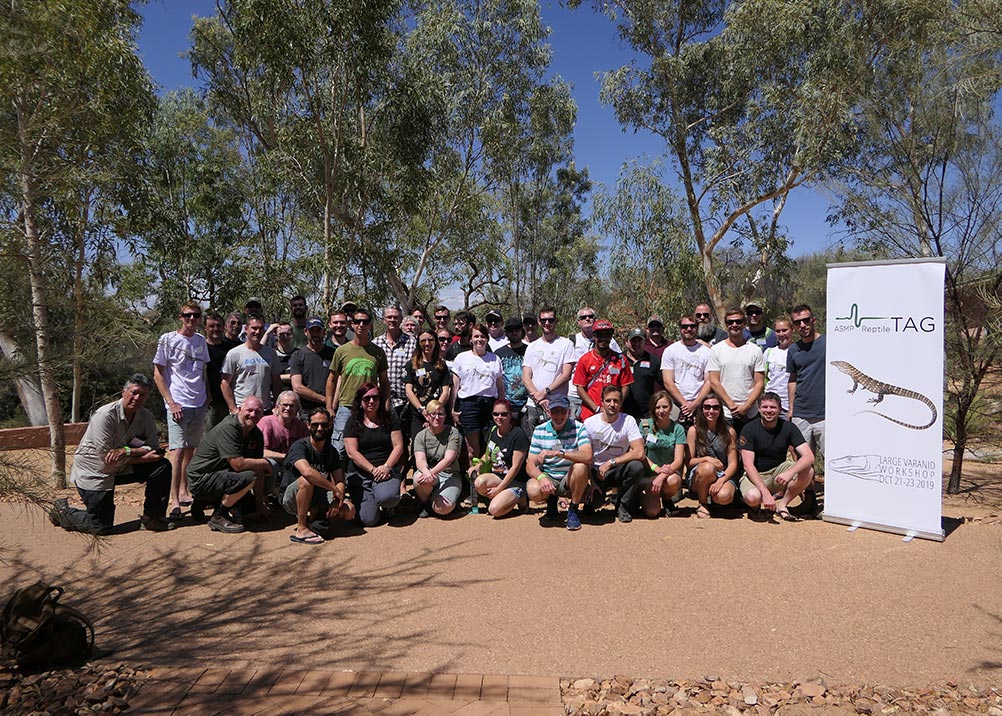 After the four-day conference, Recchio was on vacation officially, but couldn’t resist the opportunity to explore more of Australia’s unique herpetofauna. He joined field biologists who are tracking and studying Australia's largest lizard, the perentie—a species featured at the L.A. Zoo. Video courtesy of Ian Recchio

A pair of black red-tailed cockatoos (a male from Busch Gardens in Florida and a female from the Cincinnati Zoo) arrived and have been settling into their new home in the roundhouse across from the hippo exhibit. There are five subspecies of this large, gregarious Australian cockatoo, and the southeastern subspecies is listed as “Endangered” under Australia’s Commonwealth Environmental Protection and Biodiversity Conservation Act of 1999, although the International Union for the Conservation of Nature (IUCN) designates the species as “Least Concern.” This is an example of why genetic studies of wild populations is so important. As with giraffes, which were all considered a single species until recently, the overall population may appear stable over a large geographic range, but isolated subspecies may be declining dramatically. This cockatoo pair is a Species Survival Plan match that is hoped will produce chicks. 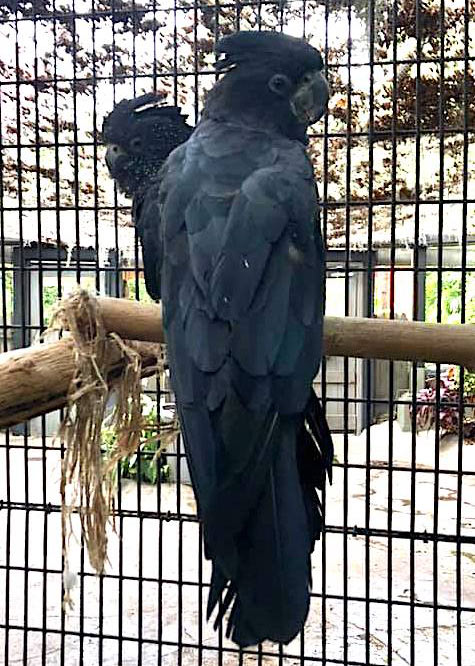 A female maned wolf arrived in October. After completing quarantine, Cara will be introduced to the young male, Fenix, who arrived at the end of 2018. This pairing is a recommendation from the maned wolf Species Survival Plan. Maned wolves look more like giant foxes than wolves and are actually neither. They are the only species in their genus and are thought to have diverged from wolves and foxes some time during the late Pleistocene era (2,580,000 to 11,700 years ago). They are native to open and semi open habitats, especially grasslands with scattered bushes and trees in portions of Brazil, Paraguay, Argentina, Bolivia, and Peru. Maned wolves have been classified as “Near Threatened” by the IUCN. In the coming months, you’ll be able to see Fenix and Cara together in the Zoo’s South American section across from Rainforest of the Americas. 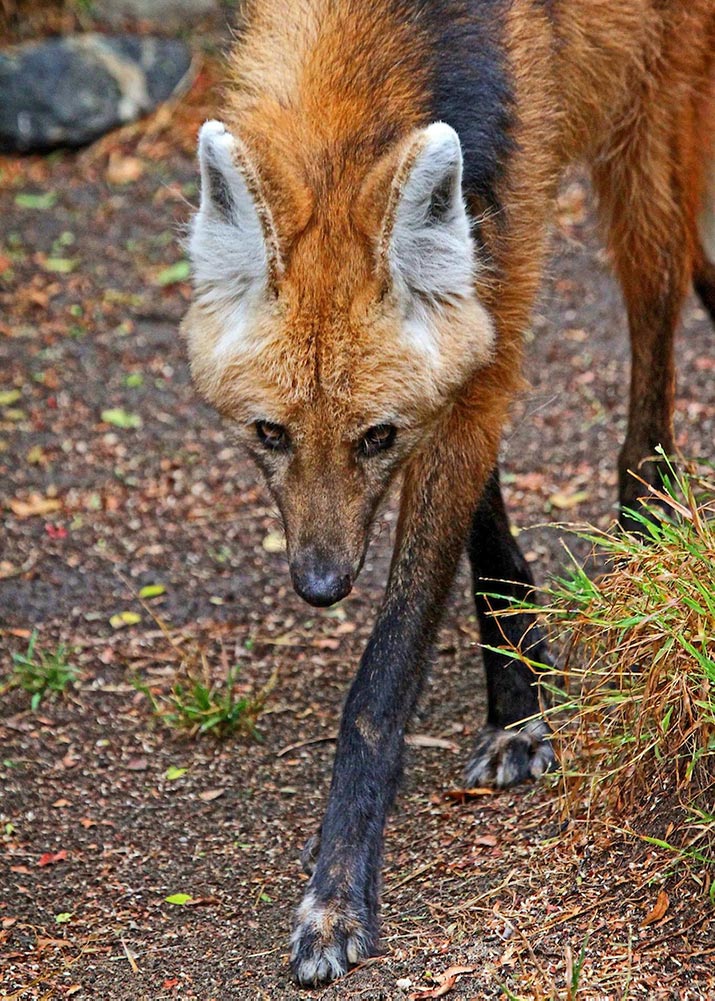 Maned wolves have very long legs that help them see over the tops of tall grasses in the cerrado and pampas habitats where they are found. Photo by Mike Elliott 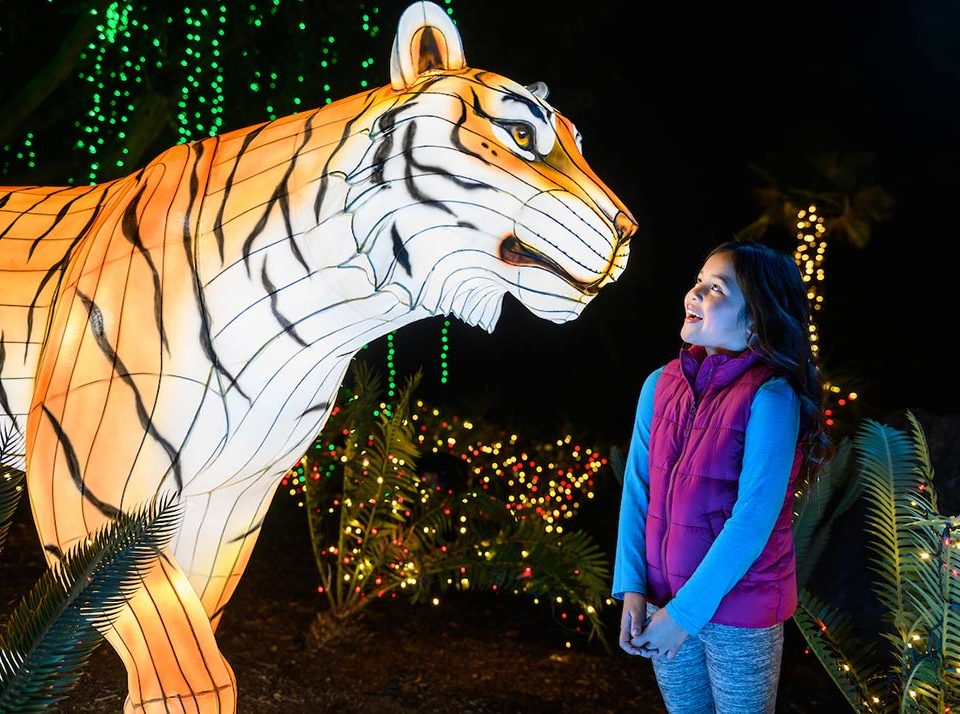 This year’s L.A. Zoo Lights is all new! Photo by Jamie Pham 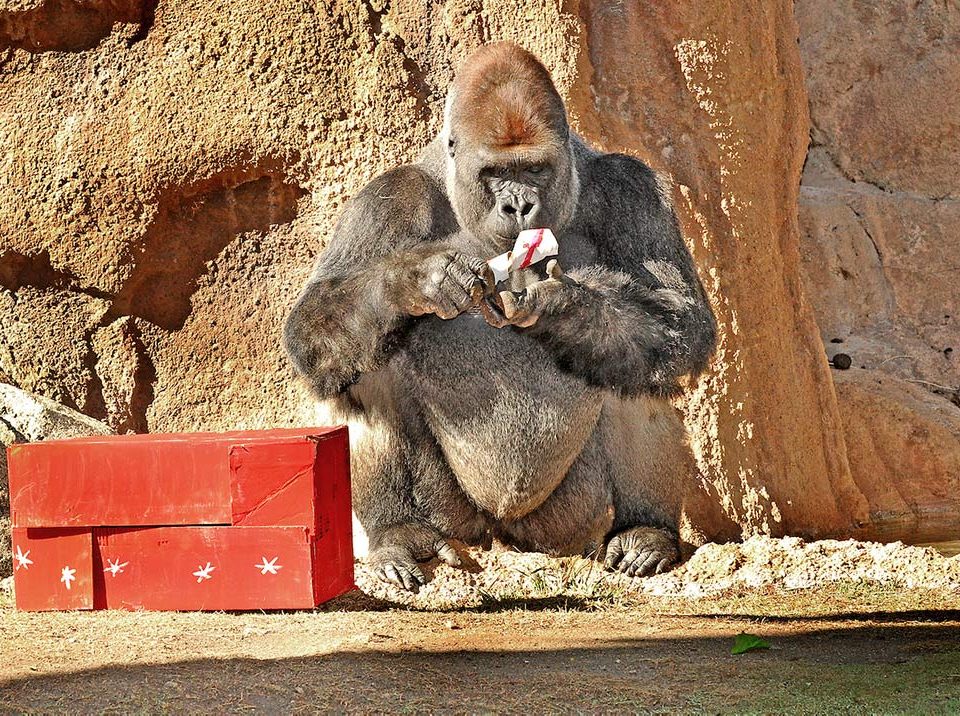 Sustainable gifts increase the impact of your generosity. Photo by Tad Motoyama